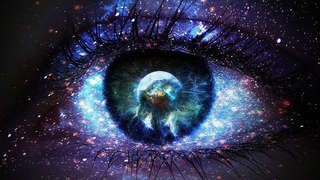 Unto The Quantized Mystical Awakening of You, i (re)form anew.. as 'our' infinite abubble


there are some grim reality documentary,  in poetry too:
this is perhap a need for Parthenium hysterophorus neglected
issue in a shout out (google the plant for more shocking details)

the noxious partheniums are everywhere here.. invasive
a planted biowarfare? spread unchecked so widespread
like a staple.

the so common people think no more than it’s simply
an ubiquitous weed. and as a native one too. pathetic!

hmm. pretty anything conveniently comfortable goes
with them. especially whatever it takes to keep them
lazily as unquestioned kings. and queens. of an already
scrapped no man's land.


& their appetite for sensationalism is as vigorous
as their pitiable ‘public memory” which is not more
than a day or two or so ..in strained retention of
anything.. except perhaps the now viral corona

the public amnesia
crowning them with a suicidal curse to whole of their
species .  Homo (un)sapience


the same omnipresent partheniums .... with their
off-whitish torch~ headed buds of prolific populace
..held like a terrorist bouquet in disguise of tiny
serial~ lighted fluorescent bulbs.. tears the deepwell
dark nights as buzzing nostalgic yet a bombing nuclear
headachy world war 2 newsreel’s graininess sepoys
of mutiny in a guerrilla warring tactic ... jumping into
the fore from nowhere & then randomly dancing
for a glancing blink..  only to quizzically disappear
into the same realms of nowhere perhaps…

for now as I see them.. they siege the grounds
& the inner walls of a nearby natural water well
(that’s sucking into half of its capacity in their
colouratively signalling levels, their floatative
algal surface...) as if staring deep into the
unreturning abyss in a daredevilish stunt… with
their umbrellaic canopies lighting almost the
painted algal mirrors of a strange pre~ summer
skies tonight, with only many faded stars..
as if they are disinterested..

nearby, an even deadlier specie
as it’s terrorizingly perceived sudden...
a python.. lay wounded in all its bundled
up pitch black mound...  but wait… it’s its
inanimate mimic in no mimicry of its
motions however motionless a forest
python lays after it had gobbled up its
prey in a single swallow...

seems its just the municipal’s pending
work as usual.. the big black cables
lying not just at a collected hotspot, but
extending its own tailend along the
roads in some mysteriously micro~ laden
mineralistic illumine as if whispering
cosmic secrets to restricted audiences

the cable runs long in an eerie silence
consuming even the curfewed emptiness
of the pitchblackly tarrroads in a pretty
schoolish~ uniform laid white margin
ribbony borders on either road ends
that’s as conspicuous as a lined stretch
of a cropping belt of midnight jasmines
in simplified rows of eternal blooms.


and, then there are these crickets.. they
add everything of an ambience... the bassy
background melancholy as a Nostradamus
deadly vertical alerts ..  marring them here
& there in exuberance are those chirpy
trilling traversals as if intersecting the
bass in their elated bazaar chattery
unruliness at such gheraoed junctions...
slowing sometimes in a familial pace
of a suppertime’s homecoming talks

still further to these,  are those typa
intermittent choirs in elegiac notes
not amounting to those impending
bassy doomsday.. but in moderations
as sadly not to much or any happiness
yes its but a sure tragedy in bearable
dilutions, yet physically corroding poor
eardrums in chilly daggering shrills

the night is inviting in all its mysteriousness..
yet a felt rugged smugness repels me away
as I delve into it more & more & more… and but
why do you do all the singing for,  the fragrance
& presence you have ever drawing me in..
what for? You or I are not the each other
wrapping as choky cling films …transparent
yet a tight barrier.. a greatwall of China it feels
sometimes in strangulating our circuit flows
between.. why all these? or Is it just me?

we are obligately bowing to Nature... yes.

let hope be our religion... in the allowance
of Our  mergence . of Us.  Now . my night, the
black of my eyes.. running deep unto soul


now I see . hear you.   you. the real you .
a lotus window.. in limelight .. by those
magical mercury lighted yellows, spraying
their blissful shades of golden ambers

as the ever~ burbling waterfall continuum.. you hit well~ all both
my animalistic craving helium nuclei.. the explosive volcanic peaking spots
& my templed Himalayan chain of elevated saints seeking~ settling inner


my burning rage
are made the pasted green mailaanji’s
overnight alchemical reds in skinbloom
as bridal displays...


my bodily humours
run clear as the ageless crystalline
'Sphatikam' quartz .. in a vitreous icy cold
'lingams' agelessly in a formative
calmness


all I feel is you, the
fuelling~ filling fantastical   y o u
in this fleshy reality .. to our
divining eternity

Written by summultima (uma)
Published 3rd Apr 2020
Like This?
Poems by Author
Author's Note
flowing the flow ..as prompted by existential quantized realms leading to mystical infinities.. of Us. Our Love . you know, Love You Rob. Love DU xx

pic: web
Comment
#dialogue #love #mystery #nature #spiritual
All writing remains the property of the author. Don't use it for any purpose without their permission.
likes 5   reading list entries 5
comments 4   reads 149

Commenting Preference:
The author encourages honest critique.
Re. Unto The Quantized Mystical Awakening of You, i (re)form anew.. as
magichearts
3rd Apr 2020 4:19am
Hello ma'am.... I don't know if I am the eligible to comment on this work... But actually I do want to read your work sometimes... But I find it really hard .... And many a times I would feel lost after finishing a parah or two.... Could you plz guide me how to get the essence of your poetry ....thanks

I hope you are new to du.. firstly welcome to the site! & i see the Indian flag in there, so Namaste, Vanakkam.   and Why not, everyone here are eligible to comment on any poetry. I am sorry to hear this that you try to read my scribbles & feels lost.. but yes, that's the first sign of actually getting to know more of poetry. so dunn stop here. would only suggest READ READ READ READ & READ ..more & more.. of Poetry here. You will get to know the nuances & essence of it all.. there are amazing poets here at du, & am proud to say I consider DU as my poetic abode with stellar poets & so many soulful bonds for a lifetime & beyond.. SO AGAIN ..DUNN STOP READING & there's better no guided deconstructions to be done to a poetry... esp. by its own poet.. it then becomes sorta spoonfeeding or forcefed meanings... poetry is the universality we feel & sync by its perceived essence or realizations , that is from the v.personal verses of a poet.. & iTS beautiful that a poetry remains such Open-ended to interpretations. Some poetry tend to be straight talk , some abstract, some metaphorical, some juxtaposed etc etc etc... so the more you read it the more you will get it, in my humble opinon. so Right On Read on & Have great Poetic Time in Du . Thanks. Light & Love :)

Read poems by summultima
Re. Unto The Quantized Mystical Awakening of You, i (re)form anew.. as
Strangeways_Rob
3rd Apr 2020 11:57am
There cannot be many who are able to craft 2 different languages & cultures into one curve. Each re-read, as here, spins more intricate webs. xx

Re: Re. Unto The Quantized Mystical Awakening of You, i (re)form anew.
summultima (uma)
3rd Apr 2020 1:15pm
blue~eyed peacockish precisions of your eyes .. capture all the poetics so quick & beautiful, My Poet My Love. dp is such magneticiously you, & in there the soulflaming truthful depth of our Love is all I feel & see.. trying to be minimalistic in writes hopefully.. but neys, lets flow the flow of our love in watever ways natural . you know . Love Ev xx:)