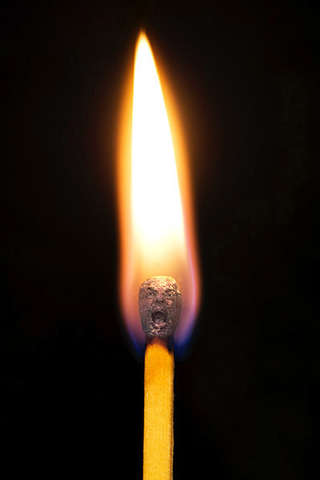 It sat just beyond incineration
Swearing nonchalance with the great ease of a sociopath
It's jacket promising a "Good time at Larry's, bring a friend!"
Itself, lay alone and charred
If anyone had paid it any attention
One might have caught the sulfuric hint
of a mighty hell that had consumed whole
First Oxygen
And then home
And then for granted future
Of the hateful demon who had tossed the thing
And the red headed woman who had once laid beside him

Written by calamitygin (Jennifer Michael McCurry)
Published 21st Mar 2020
Like This?
Poems by Author
Comment
#fire
All writing remains the property of the author. Don't use it for any purpose without their permission.
likes 8   reading list entries 5
comments 12   reads 64

Commenting Preference:
The author encourages honest critique.
Re. Strike
goldenmyst
21st Mar 2020 5:01am
Your poem is striking in many ways. You work that match metaphor with a potent poem that most writers dream of composing. Rich with the experience of a woman who knows her subject well. You took the ne'er-do-well man theme and owned it.

Read poems by calamitygin
Re. Strike
summultima (uma)
21st Mar 2020 9:36am
somehow feels you say voluminous in your minimalistic offering as this... precisely hitting  in the  metaphorical aces  .. to greater  philosophical connotations  ..fitting in the range of ground (mis)happenings to larger ongoing brutal realities of this world at layers & levels... juzme Poetess .. fine work..write on x

Re: Re. Strike
calamitygin (Jennifer Michael McCurry)
21st Mar 2020 3:37pm
Oh doll....thank you
You have fast become a place in my heart

This piece calls to mind a tv show I watched years ago based on a true story of abuse.  The wife finally killed him by burning him in his bed.  I think the show was called The Burning Bed.  Anyway, my thoughts went all over the map with this regarding all the horrors people will inflict upon each other and mostly because of their own insecurities and vile prejudices, well it made me feel quite sad but your piece is brilliantly written.  From the formatting to the accompanying photo.  It’s stark and straight forward.  Excellent write. H 🌷

*** a display of imagination and power of expression to Die for