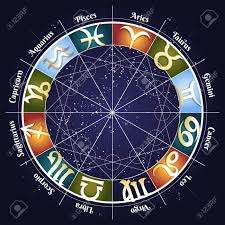 hello universe I"m in love with you
how are you tonight?
I am anxiously awaiting the universe to light up tonight
showing us where we are heading
I worry not about origins anymore
omnipotent one is directing this voyage
it's part mystery and myth
but it's working together

I believe it is divine prophesy
my sisters and brothers have boils, leprosy and black death coming
the twentieth century denizens of old are testifying to the truth
even the parchment the testaments were scribed on tell truth
the spanish inquistion is in full effect like the moon tonight

Written by smackdownraven
Published 19th Feb 2020
Like This?
Poems by Author
Comment
#dark
All writing remains the property of the author. Don't use it for any purpose without their permission.
likes 5   reading list entries 4
comments 2   reads 354

Commenting Preference:
The author encourages honest critique.
Re. the plague
LadyKilla
19th Feb 2020 3:02pm
Your art is as deep as it gets, friend. Wonderful poetry.

Re. the plague
DoomMantra
19th Feb 2020 10:36pm
I love this! The final line is particularly chilling.