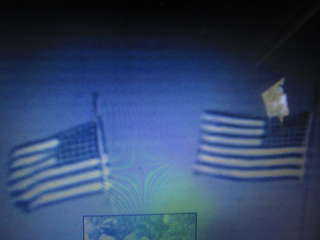 A Tragedy for Thee Asking / Prayer

classified ads,
classified jokes,
&, oh, them
classified secrets.
Secreting on Earth as a "stop-gap",
until we're ripe & ready to collectively
die
by our own devices & comforts.

Spitting radiation death via corporate,
capitalist (way-stations to that big
Self-Hell group) (formerly Heaven)
that all us "good-guys" bow down to,
wishing our kids be heroes for the Right,
(alive or dead, or comin'home sick and
insane), from the never-ending Oil World War.

So humbly stated, we are the only Good Guys that have ever been.
The only Good ever.
Only and ever......Amen

Written by dkzksaxxas_DanielX (DadaDoggyDannyKozakSaxfn)
Published 19th Jan 2020
Like This?
Poems by Author
Author's Note
I honestly do not know.
Comment
#corruption #environment #greed #humankind #war
All writing remains the property of the author. Don't use it for any purpose without their permission.
likes 4   reading list entries 1
comments 2   reads 93

Commenting Preference:
The author encourages honest critique.
Re. A Tragedy for Thee Asking / Prayer
Ahavati
19th Jan 2020 10:07pm
It sucks, Dan.  There's a part of me that wants to believe it's too late for us; however, there is also a bigger part that says hell no- fight, if nothing else but for your grandson.

This is a kickass poem that expresses perfectly what the hell is going on right now; and the excuses used.

Re: Re. A Tragedy for Thee Asking / Prayer
dkzksaxxas_DanielX (DadaDoggyDannyKozakSaxfn)
22nd Jan 2020 00:07am
Aw, ain't nothin perfect.....well, nothing kinda is, ain;t it?