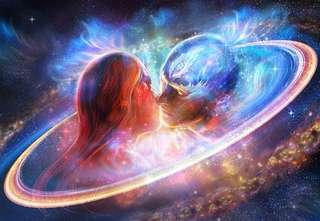 
a spectacle of the rising spicules
in a destined frenetic cadence

in a self-lessly chanting grandeur fusion
....of the elemental OM OM OM OM


in the uncharted realms
of (y)our pervasive smell

[-the galloping inks of ecstasy.. my wanton brand of musky crisis
in an age-old mellowed accents of a substanially intense something
an endless marathonic midnightly fuel


-the gushly steamy uprising... from the first crop of crashing downpours
over the severe Thar-deserted longing of the now  wetly flickering tarroads
hitting hard the nascent monsoonal nights budding with an auspicious
cresentic moon in a bridal shyly veiled magnetic bright lit curvilinears


-the civety javvadu in a phenomenal pheromonal calling.. your nuancing spells
in encyclopaedic aphrodisiacal sutras... in an as & when soothing slow-release
cryptically coming installments ... making me epically crave...a 'Kannagi's Valasai'
syndrome I become in your silent avalanching quenching yearns of this sensual
meltdown... of your forever arrival marrying so conceretley abstract..that never
is in lustily decadent indulgent proportions of erratically flirtatious eroticisms..]

Written by summultima (uma)
Published 22nd Nov 2019
Like This?
Poems by Author
Author's Note
l o v e. just and pure. whatmore . you know Rob xx <3
Comment
#love #spiritual #StreamOfConsciousness
All writing remains the property of the author. Don't use it for any purpose without their permission.
likes 12   reading list entries 7
comments 4   reads 228

I take a morning constitutional everyday and, over the past several months, have transformed the biological rhythms of my blood pressure and heart rate, dropping both around 50% to numbers standard for an athlete. I've been thinking about this lately, how much we are able to alter the essence of being by concerted intention. When I began my health journey I realized, a decision isn't one decision, it is a series of decisions. Anyways, went off on a tangent.

Your closing four stanzas are prodigiously vivid in their sensual detail. I don't think I've ever had occasion to say such a thing under someone's writing, though it does suit pieces I have read from you previously. There is this sense of being intoxicated by the various levels of attraction and arousal you receive from your lover, the sights, smells, energetic resonance. It's really amazing to contemplate.

Re. the lifeline aura of (y)our coronal plasma
Anonymous
22nd Nov 2019 7:49pm
Shall leave the poetic sensibilities to above, Daniel articulates & offers insights on the very depths of interpretation. Your words wrap around my once frozen heart, to leave all & nothing in erupting furnace. Love Me xx

Re. the lifeline aura of (y)our coronal plasma
LokiOfLiterati
24th Nov 2019 4:26am
you always seem to remember the elements created by the sun inside all of us. In your work those roots break the crust. Blessedly moved must be the recipients of your spiritual lust.