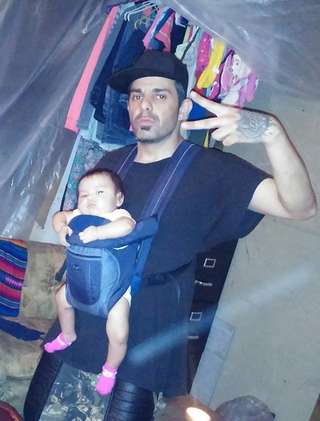 "Where a Hitmans heart lies"

Where do you think your going?
If your owing, I'm coming, stop walking, start running
Your done in, the minute I start gunning
Gun you down! Take apart my sniper rifle then pick up the round
One down, I'll kill whoever needs to be killed to recover my loss
At any cost, a hitman with a hit on him straight from his boss
It was a double cross, criss crossed, across a love triangle
His jefe was in love with him so he decided to work every angle
Beautiful like an angel she was, lust for his penetrating shove
The only time he put in work without wearing a glove
She knew everything of his past, that he was first in his class, ex-military marksman now on her payroll, pulling the trigger for cash
Unfortunately it's ash to ashes and dust to dust when one dusk she caught him betraying her trust
There was another significant other. She wasnt his only lover he was pleasing underneath the covers
She hovered, over the phone to place a hit on his mother.
Once that was said then did and his mom was dead, the boss lady put a price on his head, afterwards kidnapping the gunslingers kid.....
So now here we are. Me tailing her car
Dallas skyline bright as a star, meanwhile I'm hiding in the dark
By far! Sneaking up on this seal like a shark
Snatching my daughter out the bitches back seat the instant she parked, simultaneously turning swiftly back to the black BMW where I met my mark
We were never married therefore it's time death do us part
Three to the head, one to the heart, leaving her rolling in a bloody shopping cart in front of a Wal-Mart
You dig?? The moral of the story is, I'd rather you execute the hoe I was fucking with, that way you'd have a better chance of living then messing with daddy's kid.

Written by StruggleFreePotery (StruggleFreePoetry)
Published 20th Nov 2019
Like This?
Poems by Author
Author's Note
Enjoy
Comment
#relationships #ShortStory
All writing remains the property of the author. Don't use it for any purpose without their permission.
likes 1   reading list entries 0
comments 0   reads 308
Commenting Preference:
The author encourages honest critique.