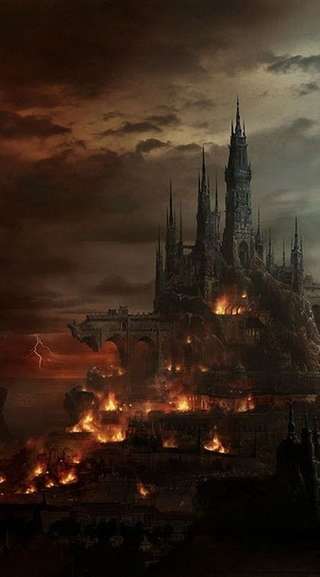 the dark laugh. it watched the woman
as she rose from slumber
deadly yes but vulnerable
the darkness has been at work while she rest
she spied the night observing her
she worried not after its devices

the Goddess of Eternia
her power reach deep inside the nine circles of hell
freeing peoples from their enslavement
slaves to their beliefs, they believed they belong there

human minds are harvested early
and programmed to be slaves of their beliefs
this produces the wine of sorrow the Raphs crave
the Goddess herself is from the dark star they originate from
but she is a desirous of knowledge
so she signed on for the human experience
she sleeps, eats, drinks humanity

will she take the tortured and go?
or will she stay and herself be under threat of the same trap?

a war of all ages
she is prepared

Written by smackdownraven
Published 6th Nov 2019
Like This?
Poems by Author
Author's Note
Raphiums are part of a series of aliens i've written about
Comment
#dark #gothic #scary
All writing remains the property of the author. Don't use it for any purpose without their permission.
likes 2   reading list entries 1
comments 2   reads 171

Commenting Preference:
The author encourages honest critique.
Re. Eternia
I_IS_ME
6th Nov 2019 5:41pm
Temptation is hell and once you put on the flesh there are many that sees your weakness, tight

Re: Re. Eternia
smackdownraven
6th Nov 2019 5:57pm
thank you dearest Me for your insight I have found there is much beauty even in my weaknesses... I deeply appreciate your thoughts here...