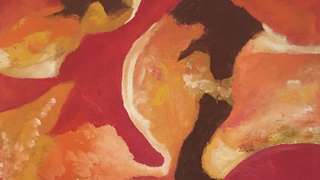 I’ve had those un-addressable  thoughts, something telling me I’d be better off that way. I never talked about it then. I never thought about how I would do it, subsequently I never attempted to do it. I’d scream to my Mom I wish I was dead. I was five, six a kid. Just an angry child who couldn’t get his way. At 18, I was hurting seriously hurting in my heart. I wanted everything I did to turn out right. That did not happen and, I started feeling worthless. None of my actions seem to effectuate anything. I saw the good in everyone, my brother seem to have it all as well as my sister. I had it all as well, maybe more because I was the baby. I’ve only shared this with a few people. Now listen to this. What got me through and out? I would say to be continued. This is real and raw. What got me out was, I never felt angry. As I said I was hurting as a teen but never angry. Full disclosure I was fucking. That’s where a lot of the hurt the real hurting showed up. I was molesting myself. I got off of the guidance, my Mom and Pop couldn’t control me. So many wine and beer parties. I figured it out. I wrote letters to them in their graves seeking their forgiveness and mercy and thanking them for their support, and letting them know how much I honor their strength, and their ability to always ask me if I was ok. I told them now I know.

Written by 0-100takeflight (TakeFlight)
Published 4th Sep 2019 | Edited 9th Sep 2019
Like This?
Poems by Author
Author's Note
Self Inspired
Comment
#father #LifeChangingMoment #mother
All writing remains the property of the author. Don't use it for any purpose without their permission.
likes 1   reading list entries 0
comments 1   reads 667
Commenting Preference:
The author encourages honest critique.
Re. Now I Know
LostGirl18
4th Sep 2019 6:35pm
“I was molesting myself.”

Powerful. Graphic. Gripped me by the throat this line.