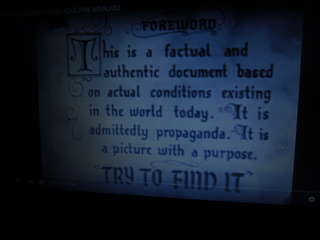 God, Jesus, or The Holy Ghost Said This Shit Was A-Okay.

Written by dkzksaxxas_DanielX (DadaDoggyDannyKozakSaxfn)
Published 31st Aug 2019
Like This?
Poems by Author
Author's Note
Zippity doo-dahm zippity ey...............what? what's wrong wit you?
Comment
#Christian #faith #God #religion #spiritual
All writing remains the property of the author. Don't use it for any purpose without their permission.
likes 2   reading list entries 0
comments 2   reads 123
Commenting Preference:
The author encourages honest critique.
Re. God, Jesus, or The Holy Ghost Said This Shit Was A-Okay.
JohnnyBlaze
1st Sep 2019 12:52pm
That was quite a mouthful, Danny. I can feel the frustration bleeding out in the ink of your words. It's a powerful statement for sure. Hard to distinguish Politics and Religion from one another.

Re: Re. God, Jesus, or The Holy Ghost Said This Shit Was A-Okay.
dkzksaxxas_DanielX (DadaDoggyDannyKozakSaxfn)
1st Sep 2019 6:48pm
Their Aim is the Same.
Control of The (M)asses.