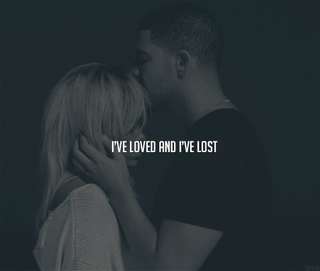 “I loved you when you couldn’t love yourself...”

he whispered faintly to the flickering flame of a candle, and there’s a notion of rebirth when I ponder the way he pressed his lips upon mine while our hips crushed against each other in a subtle but needy rolling motion, and I couldn’t help but sigh at the unspoken words that remained fermenting, some decades later.

The memory of one’s touch remains seared upon the memory and we can’t undo what’s been done, and there’s no fun in pining for a love that can never come to fruition when both parties are too stubborn to compromise, entirely content with their own company yet the body aches to be entwined.

The things I’ve lost are rarely fructified but they're never rustic, when measured upon the spectrum of right or wrong as they were never broken, just suspended upon the cusp of time when probability emerges as time unfolded.

Memories, never suffer indignity as we do when we're stuck in rumination, whilst pondering the possibility of inevitability of sequential moments to ascertain why apathy knocked upon our door until the fractures became more apparent.

And the absence of his touch lingers on the peripheral of my thoughts as I find ways to temper the storm that rages in my heart & soul as the effervescent memory of his soft heart wraps me tightly, nestled closely to the pondering of an everlasting bond that enables our rebirth.

Written by shadow_starzzz
Published 30th Aug 2019
Like This?
Poems by Author
Comment
#dreams #nostalgia
All writing remains the property of the author. Don't use it for any purpose without their permission.
likes 12   reading list entries 4
comments 10   reads 329

Commenting Preference:
The author encourages honest critique.
Re. Rebirth
DanielChristensen (The Fire Elemental)
30th Aug 2019 2:07pm
Mm. This is a lovely, nuanced spill. Terrific detail and verbiage throughout, with your signature clear and powerful voice.

Re. Rebirth
wallyroo92
31st Aug 2019 8:24pm
"Memories, never suffer indignity as we do when we're stuck in rumination", I liked that observation, it's so true and yet tend to wander for a while...while the world keeps spinning.
Excellent write.

Re. Rebirth
Billy_Snagg (Snaggy)
6th Sep 2019 1:58pm
Can there be a rebirth between you both?
It may be more about your own rebirth in reality & the importance of focusing on that rather than what has gone before. You seem to know what's causing this romantic brevity at the very least.

Re. Rebirth
Jiminex
7th Sep 2019 8:29pm
I agree with snaggy. He took my words close enough i wont write it twice. Ill also say I thought your pic was a snake til i go close enough to notice legs in stockings i may need my eyes checked

Re. Rebirth
Anonymous
12th Oct 2019 9:21pm
So much details, the scenery becomes so vivid and alive, wonderful piece.

Re. Rebirth
JAZZMANOR
18th Nov 2019 9:24am
I am sure you have probably recognized this before the long and colder Winter months tend to evoke memories which of course can be good and bad. Hopefully you are focused on the good and things to come.