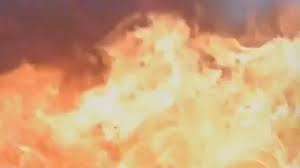 Heather's eyes went dreamy as she recalled that first meeting.

The waitress arrived back and everyone had a favorite so they ordered those and James ordered the loaded nachos for the table.

James, we couldn't finish our meals when we had the nachos before! Grace laughed.

But they're so good! And we have two more people to share them with! James exclaimed.

"Speaking of sharing, how would you two feel about being the best man and the maid of honor at our wedding?" Mecca asked.

Ooo! Nice segue! Heather said to Mecca with a grin and gave her a high five.

Grace looked at James and they nodded. "We'd be honored! Just let us know where and when," Grace said.

"There won't be too many people at the wedding. None of my family will acknowledge I'm alive." Mecca said with a sad shrug.

"My mom won't be there. She's convinced Mecca is the devil and now that I've been poisoned I'm no better. She said she'd pray for me though!" Heather grinned.

James had a frown on his face. He didn't understand. "How can your families behave like this?"

Mecca glanced at Grace who was patting his arm.

You're right, James. It's not ok, but I'll explain it later, she said to him.

He nodded but still looked a little upset.

James brightened up thinking of a wedding with kids running back and forth. Oh! There's also Victoria Rutledge. She's being released from prison on Christmas Day and will be joining us at Angie's.

Mecca looked at him. "I don't believe I've met Victoria... wait, isn't she the one who shot her husband?

James's expression turned sad. It's true. She shot him but only after a lot of abuse from him. He was a very bad man! I hope she doesn't become 'the woman who shot her husband'. I'm sure she's more than that."

I'm sorry, James. You're absolutely right. I'll do my best to see her as you do. Mecca said contritely. He blushed and nodded with a small smile.

The nachos arrived and James's smile grew. Everyone dug in and happy sounds were heard on both sides of the table.

"I'm curious about something but you don't have to answer if it's too personal a question," he began.

Grace gave him a troubled look and Mecca and Heather shared a look. They'd received their fair share of rude questions regarding their relationship. They hadn't expected one from him though.

Why this restaurant and why tonight? James finished.

Mecca and Heather both giggled with relief. This is where we went on our first official date Heather answered getting a confirming nod from Mecca.

Us too! Sort of, Grace said with a shy smile at James. He smiled back as he remembered that night too.

Mecca continued. I've wanted to ask Heather for weeks but I was just too nervous. I wasn't sure how she would react to being asked to get married. Marriage is a hot button topic for gay couples. I desperately wanted to marry this beauty but I was afraid she'd be in the other camp. Dead set against marriage. I've been so busy at work I haven't been able to find time to bring Heather here. Christmas Eve seemed perfect but I forgot to make reservations and we got here late. I might have chickened out again but for James asking us to join you two and asking Heather point blank the question that's been haunting me for weeks. It was perfect. I admit to being a coward when it comes to doing or saying anything that might put our relationship at risk. You mean too much to me. Mecca looked apologetically at Heather who lifted her lover's hand to kiss her palm tenderly.

James and I are guilty of keeping our true feelings hidden from each other for too long. If we've learned one thing it's to keep the channels of communication open. Be open and honest and don't keep secrets. Grace said holding his hand.

They managed to finish off most of the nachos before their meals arrived and Grace looked at her plate with dismay. Then she turned and gave him an 'I told you so' look. He smiled sheepishly at her. They ate what they could. Grace saved space as she really wanted to try the cheesecake. Mecca and Heather followed her lead and the three boxed the rest of their meals and ordered some decadent desserts.

James wasn't a big fan of sweets so he just finished his burrito and sat back feeling pleasantly stuffed.

Oh my god! This is good cheesecake! Grace sighed. She turned a stern eye on James. How could you have let me miss this on our previous visits! James chuckled as did the ladies across from them who were also blissfully consuming their own desserts.

The waitress returned and they asked for separate bills, Mecca insisting on picking up the nachos.

Once they settled the bills they bundled themselves into their coats and prepared to head out into a winter storm that had arrived while they were eating.

Mecca looked at the storm raging and turned back to him."Do you have winter tires on your truck?

No, but I'll take it slow, he replied.

Everyone hugged and Grace and James congratulated Mecca and Heather once more. Their faces were glowing with their love.

They headed out first with James shielding Grace from the worst of the wind on the way back to his truck. He got her inside and climbed in his side. They waved at Mecca and Heather who drove past then got themselves underway.

The heater still broken in this heap, Grace asked as she shivered.

"Hey... yes. There's a blanket under the seat. James said.

Grace pulled it out and draped it over her legs.

The wind was blowing hard and visibility wasn't good even with the wiper blades going full speed. James noticed the road was pretty slick so there may have been freezing rain earlier. He lost track of Mecca's taillights as they were moving more assuredly on the route with her winter tires. James kept his speed down and made no sudden moves.

As he crested a small rise he felt their wheels lose grip on the road. He was only going 20mph on the 30mph but the downgrade and the ice underneath the truck allowed them to pick up speed.

We're sliding. I have no traction at all. Hang on! James yelled out.

The road ahead was clear of traffic and relatively flat. There was no real danger of hitting anything but they could slide off the road into the ditch. Luckily the ditches weren't that deep but they were currently filled with deep fluffy snow so if they went in there they weren't getting out.

JAMES! Grace screamed as the truck began to slide sideways towards the ditch.

He grabbed her hand as the back wheels caught some snow and spun them around in a graceful twirl.

With a mighty poof of snow the truck slipped off the road and plowed into a huge snowdrift. James looked over at Grace who seemed no worse for wear. The stop had been so cushioned by the snow it had almost been slow motion. He looked ahead and saw they were only two feet from hitting a utility pole. Beyond that he saw the bank he'd often use. They'd have a nice warm area to wait in when he called to be picked up. They couldn't stay in the truck as it was too cold. He got the hazards blinking.

Come on. The truck is stuck and we'll have to call for a ride from the vestibule of the bank.

Grace's door was blocked by snow so she followed him out his and he picked her up off the seat and carried her down the road the three hundred feet to the parking lot of the bank. While she complained that she was capable of walking, she secretly enjoyed being in his strong arms.

Before they reached the entrance they heard the roaring sound of engine braking and looked back to the small hill. A semi pulling a tanker had come over the little hill at speed and the driver was desperately trying to slow down on the sheet of ice.

Oh my god! Grace breathed as she saw the truck begin to jackknife. It was still moving much too fast!

Grace, we have to move! Grace! James said as he pulled at her arm.

She was frozen, watching the big rig following the same path James's truck had taken. Suddenly she was lifted off her feet as he hoisted her over his shoulder and ran for the shelter of the back of the bank. She could still see his truck, stuck in the snow as the semi bore down on it. The noise it made when the rig rolled right over it and crashed into the utility pole beyond it was deafening. James got them behind the shelter of the building so she missed the fireball when the pickup's ruptured gas tank was ignited by sparks from downed power lines.

James quickly unzipped his coat and pulled Grace inside against his chest as he wrapped it around her.

A second colossal thump went off and they were tossed off their feet and pummeled with debris. James took the brunt of it as he curled his large body protectively around Grace.

When they got their wits back they felt the heat of the inferno as an enormous fireball curled and twisted up into the sky. Grace was lying on James's chest toasty warm inside his jacket with his arms around her. She lifted her head clear to look around. This seemed like the safest place to stay for now. Luckily the snow seemed to be slowing too

Written by nutbuster (D C)
Published 15th Aug 2019
Like This?
Poems by Author
Comment
#LifeGoals #passion
All writing remains the property of the author. Don't use it for any purpose without their permission.
likes 0   reading list entries 0
comments 0   reads 55
Commenting Preference:
The author is looking for friendly feedback.