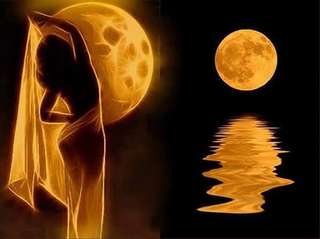 A Twist Of A Vampire’s Fate XXIX

Somewhere There’s A Place For Us
VACOME’S CONDOMINIUM
Constana, Romania

Vacome opened his eyes. He lifted his lips from off Naynina’s lips.

Naynina slowly opened her eyes. She looked around Vacome’s condominium. She dropped her hands to her sides and stepped back.

“What… the fuck.” She looked up into Vacome’s eyes. “Pardon me, Sebestyn… I…I mean Vacome, just where is,” Naynina looked around Vacome’s condominium once again. “Here.”

Vacome wrapped his arms back around Naynina’s waist and pulled her back into his embrace.

“This is my residence.” Vacome looked around. “However, it could use a woman’s touch, here and there.”

Vacome pasted Naynina’s body more to his. He leaned down and whispered in her ear, “Are you up for the job, beautiful.”

Vacome dipped the tip of his tongue inside Naynina’s ear canal.

Vacome’s palms slid inward, and then down to Naynina’s derričre. He squeezed her buttocks. He dipped his knees and kissed under her chin.

Vacome nipped at a breast nipple through Naynina’s silk dress.

Vacome’s entrapped the other nipple inside his mouth. He suckled the lazy nipple.

Naynina’s legs buckled. She lifted Vacome’s face and palmed the sides. She drugged his face downward and arrested his lips.

Vacome banded his arms around Naynina’s waist. He swapped his palm over Naynina’s dress from behind.

The material peeled away, landing on the carpet.

“This isn’t right…Dracon. He has explained to me he and I was…”
“Married.”
“Yes, married.”

Vacome pulled Naynina back into his arms; he wrapped his arms around her back. He rested his forehead against hers.

“Did he also relate to you, you and I was together, once you were captured by a Tremere Clan member. I have glimpsed within the past centuries of us being as one, and it remains in my mind so clear.”
“What about…”

“Vasile. He knows for this clan to become great gain. He will have to come to an understanding to accept what needs to be done.

Naynina, I’m in love with you. I like your smell, your body fits in union with mine; when I’m deep inside of you, it feels as one. You complete me, and I would like to explore time in this century with you. As a Fairy, you have been given immortality, live with me in mine.”

Naynina was at a loss for words.

“What…Dracon,” she whispered.
“I will take care of Dracon, when the time calls for it. In the meantime, I need to please you as I submerge my emotions to feed from you.”

Vacome inched his forehead back. He kissed Naynina on the bridge of her nose. His mouth dropped.

Vacome’s mouth took total possession of Naynina’s mouth. He lifted her up into his arms and dashed his presence down the hall to his master bedroom. Vacome entered his bedroom.

The new moon, illuminated the confinement of the spacious bedroom.

Vacome carried Naynina over to his bed and laid her on top of a landing of silken covers. He straightened his posture. He looked down at her breasts. He flickered a finger in the air.

Naynina’s thong ripped into half, falling away on the cover. He removed her shoes with a flick of his hand; both settled on the carpet.

Naynina arched her back at the invading anticipation of Vacome dancing his dick inside her pussy. She was hungry for his touch; his mouth tasting and teasing her center core.

Vacome’s hands rode from his neck down. He clothes melted away anchoring to the carpet.

Naynina licked her lips in anticipation. She inched her head up.

Vacome’s manhood spoke volumes and its impending foray was evident.Vacome removed his second shoe. He kneed the bed and joined Naynina’s presence.

Naynina spaced her legs for the silent invitation.

Vacome looked down at Naynina’s flesh. He wanted her for eternity.

Thank goodness the exterior of his condominium was fragrance proof; warding off any unforeseen invaders. Tonight, the beauty that graces the attendance of his bed, will be his until sunrise.

Vacome posted himself on his abdomen. He placed his palms under Naynina’s derričre and pulled her pelvis into his face. Her sniffed the essence of her femininity.

“I love you Naynina, and tonight, I will give you a part of me, for you to take with you. Tomorrow, you will be mine and only mine.”

Naynina grouped her breasts together. She extended an arm downward and palmed Vacome’s head.

Vacome's lengthened tongue explored the depth of Naynina’s vaginal walls. He mouthed her pussy and suckled the opening.

“Ohh,” Naynina moaned. She pushed down on Vacome’s head. She rubbed up and down her stomach.

How can she walk away from this? his touch? Oh, Dracon. I’m so sorry, Naynina thought.

Vacome clenched Naynina’s buttocks harder. He licked around the lips sandwiching her womanhood. The smell of her scent, skyrocketed the incubus hidden deep within his soul. His skin began to feel feverish. His neck elongated, the extension of his hands extended; sharpened claws welcomed the manifestations. Fine hairs weaseled through the barriers of his pores blanketing his entire body. He plowed his tongue back inside Naynina’s pussy.

Vacome’s pointed ears crowned his head. His face began to lengthen and form something similar to a snout. His tongue snaked farther inside Naynina’s womanhood. He suckled the juices; allowing her essence to stream down his throat.

Vacome’s dark-grayish furry coat sheltered the transformation from man to werewolf. Saliva drooped from Vacome’s mouth from the scent of Naynina’s pussy.

Naynina licked around her lips.

The feeling of his tongue darting in and out of her pussy uplifted her body, weakening her spirit.

Naynina palmed Vacome’s head. She felt softness. She opened her eyes and lifted her head from off the bed.

“Ahhh,” she screamed out.

Naynina scooted to the head of the bed; she bumped the back of her head against the headboard in the process.

There laying on his belly was…was a wolf.

Vacome caught the shock in Naynina’s eyes. He rose on all fours. His paws dented the mattress.

Naynina looked around for something to grab.

Vacome slowly crouched up to Naynina. He sniffed up one of her legs. He licked up the length.

Naynina did not breathe in fear of moving. She closed her eyes. She was going to be eaten alive.

Vacome’s tongue wandered aimlessly over Naynina’s body. He sniffed the aroma of her dampen pussy.  His tongue caressed over the opening.

“Woo, slow down tiger, that part is definitely off the menu.”

Vacome nudged his head up and down Naynina’s abdomen. He caged her presence.

Naynina was forced to lay back against the headboard.

Vacome bent his head and licked over Naynina’s breast. His tongue traveled up her neck.

Vacome bathed Naynina’s skin with the softness of his tongue. He licked over her mouth. Back down to her breasts.

Vacome sniffed over one of Naynina’s nipple; he lapped at the peak. His tongue rode down her chest, pass her abdomen as her backed up. He dipped his tongue and licked through her downy hairs. He licked around her womanhood.

The intimate contact of his fur against her skin felt tantalizing.
Vacome’s curvature tongue darted in and out of Naynina’s pussy.

Naynina palmed Vacome’s fur. She pushed his head downward and arched her back.

Vacome’s suckled Naynina’s womanhood. He lifted his mouth. He licked over an inner thigh. His canine teeth sank into her flesh, causing it to bleed. Vacome sapped at the blood as it poured from the root of Naynina’s wound. His cellular change began to take effect. His coat of fur gradually rescinded back into his pores.

The snoot retracted, giving him the facial features of a man. His pointed ear slowly reverted under his scalp. His eyes lost its fieriness to them, only to be replaced by his dark-brown eyes.

Vacome lifted his hands and palmed Naynina’s thigh. His fangs descended; he buried then deeper within her inner thigh. He sucked the river of blood flowing into his mouth. He made sure he had transferred his wolf blood inside of her. Making her hunger for him, in wolf or man state. Vacome lifted from off his stomach. He climbed over Naynina.

“I love you Naynina, touch me all over.”

“Vacome, I need you inside of me, hurry please.”

Naynina wrapped her palm around Vacome’s thicken manhood. She hosed it up and down the lining of her wet pussy.

“Oh, sweet mercy, I love when you’re inside of me.”

“Oh, baby you feel so fucking good inside.”

Naynina scratched Vacome’s chest. She leaned her head up and licked the draining blood.

Vacome’s fangs nicked into Naynina’s tongue. He suckled every drop into his mouth.

Naynina linked her arms around Vacome’s back and pasted her body closer. She shuffled her pelvis into his groin.

Vacome dropped his body on Naynina’s body. He palmed her buttocks and repeatedly humped his groin into pelvis.

Naynina arched her back and climaxed.

Vacome lifted his fangs; he licked over the two bites to Naynina’s neck. He kissed her on the lips, and slolwy inched his face back.

Naynina took a deep breath. She felt as if her head was going in circles, she felt disoriented and lightheaded. Her eyes fluttered and then rolled back in the back of her head. She passed out. He hands fell away.

Vacome inched back. He slicked Naynina’s hair back from off her face. He rested his head on her forehead.

Vacome moved his hard flesh inside of her, and then slowly eased out of her. His manhood insanely converted back to a flaccid state. Vacome planted his presence near Naynina’s side. He gathered her in his arms; he pulled the covers up from the side and covered them.
Vacome kissed Naynina on the top of her head. He listened to the rise and fall of her breathing; he slowly drifted to sleep.

Naynina and Vacome awoke in the predawn hours and made love once again. He enticed her to share a bath with him.

Written by SweetKittyCat5
Published 11th Aug 2019
Like This?
Poems by Author
Author's Note
This is a chapter from one of my many published novels. I will be adding a chapter as fitting to celebrate life in general.

This is Chapter Twenty-Nine of Chapter Thirty or more
Comment
#fairies #ForbiddenLove #memories #mythology #vampires
All writing remains the property of the author. Don't use it for any purpose without their permission.
likes 3   reading list entries 1
comments 6   reads 253

Re: Re. A Twist Of A Vampire’s Fate XXIX
SweetKittyCat5
25th Aug 2019 9:12pm
My love, will you even forgive me for such a late response and to have you commenting on my works of art is such a sweet blessing within itself, thank goodness, you wasn't waiting me for me to climax.. hey, I could not resist.. wink


Enjoy your day and have a great upcoming week