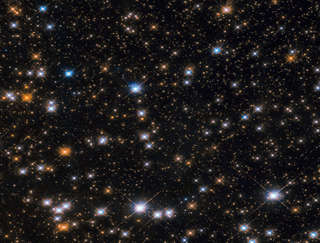 and it was also obvious in the little things she did
and didn't do
like those headaches at bedtime
and goddamn, she'd never had headaches
and since when did she work overtime?
and she said, "Yeah, well, we need the money now."
and he wondered if he was just being paranoid
or if she was really cheating -- if some schmuck was banging his wife
while he was out busting his tired old extraterrestrial balls
trying to keep his end of the bargain
but then who could blame her for needing something else
after what he'd put her through?

and he thought every day
and every night
about those last seconds at the wheel
when his whole life suddenly went to shit
and there was fire in the hole
and the ground was rising fast
and he tried to pull out of it
but it happened so quickly
and floor buckled
and the glass flew
and then his crew lay broken, scattered in that field
and the fleet scrambled
trying to get the survivors out
before the earthlings rushed in with their flashbulbs and scalpels
and primitive bullshit devices
and he made it with only seconds to spare
and thought, "Thank god!"
but nowadays he wished he'd just died in that crash
because, hell, things just weren't the same

Written by javalini
Published 30th May 2019 | Edited 6th Jun 2019
Like This?
Poems by Author
Comment
#despair #regret #sadness #shame
All writing remains the property of the author. Don't use it for any purpose without their permission.
likes 3   reading list entries 0
comments 2   reads 225
Commenting Preference:
The author encourages honest critique.
Re. Roswell
Ahavati
31st May 2019 00:00am
Resistance is futile, it appears.  Even the emotions.