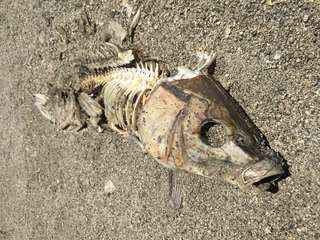 what if i came up empty
what if there were no more words...ever
nothing
what if i dredged the bottom of my soul
only to come up clean --
not completely clean
but not with the muck and mire of my youth clinging to the bucket
none of the usual memorabilia from years of doomed friendships and affairs
or the unusual, either
like the sequined bikini of that dancer in Norfolk
with her whiskey mouth
and her bouncer boyfriend who could have just taken the money
fancy brass knuckles or not
and Tony
and the gun he used to spatter his good brain across the bedroom wall
all those perfect words and magnificent dreams like soup stuck to the sheet rock
and the smell even after they cleaned it up
and Leslie
and Maria
and Margaret's husband listening in the other room
joyfully ruined, the situation in hand
and Carmen who was Charlie first
and became a flamboyant prisspot angel
who looked so good in a skirt hemmed up to the same ass I'd snapped with a towel at the gym
and Lucille who couldn't sing a note
but swore stardom was one goddamned song away if the right person only heard
and JD always -- always -- cheating on his good woman
and her -- Mary Ann -- that sumptuous pink rose of a girl who just tolerated his shit
and I know I could have done better by her
but it had to be JD
and that single failed semester of so-called higher education
and the work-a-day bullshit that followed -- just the endless tedium of it
and the fifteen cent on the hour raise after six long months
and leaving this job
and that apartment
and this city
and all that restless wandering
all that punching and being punched
and knocked down
and rising from the ashes one more time
not some shining dragon bird
but just me with a little more chipped away
a little less steady at the wheel...
so what if all that shit
all that wild ride was somehow erased
all that heartfelt angst and black hole sadness eradicated
so there was not one goddamned word to put on paper
not one so-called poem to write
just Netflix
and corn chips
and a big soft belly spreading across the sofa
in a room that smells of hopeless beers
and farts
and loneliness
and boredom.

that, brother, would be hell.

Commenting Preference:
The author encourages honest critique.
Re. Empty
Ahavati
14th May 2019 3:23pm
This is good poetry. Solid train of thought. One thing in the spirit of honest critique:

Re: Re. Empty
javalini
15th May 2019 5:17am
So...I changed the word "grab" to "bucket."
I don't know that I like how it sounds as much,  but I want my reader to know what the heck I'm talking about. I think people might get "bucket" and relate it to dredging. Or water. The soul as a body of water full of all sorts of things -- memories and such, vile and tender -- that one might dredge up and write about.
I think it's better.
Thanks again for your input.

Read poems by javalini
Re. Empty
javalini
14th May 2019 3:36pm
The "grab" is the big bucket with which they dredge a river. It's a kind of obscure reference.
I might have to change it.
Thanks so much for reading and commenting.

Read poems by javalini
Re. Empty
nomoth
3rd Jun 2019 4:35pm
never lost me for one moment with this, in fact it kept drawing me in. any guy who's lived a life should relate and emote to this. good stuff and well written .

Re: Re. Empty
javalini
3rd Jun 2019 5:09pm
Thanks again. Thanks for reading, and thanks for enjoying.