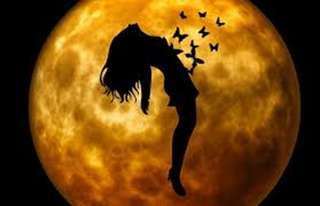 A Twist of A Vampire’s Fate VII

Naynina’s eyes slowly opened. She saw a man hovering over her. She bolted to a sitting position.

“Naynina.”
“How do you know my name?” Naynina looked around the beautiful decorated bedroom. She looked back at Dracon. “Where am I?”
“According to Vasile, you fainted. And as it stands. You are my guest for the summer archeological dig.”
“Professor Constantine?”
“Yes.”
“I’ve read your books, and since you never placed a photo on the back book cover. I somehow suspected you to be much older.”
“I hope I did not disappointment your assumption.”

Why does the sound of his voice seem distance? Yet, like she heard it mere seconds ago.

Naynina without any reservations lifted one of Dracon’s jet-black dreads. She held his eyes. She released his hair strand. She traced over one of his eyebrows, and down the bridge of his nose. Naynina outlined Dracon’s upper lip and then his bottom lip. She leaned in and kissed his lips.

Dracon was startled by Naynina’s impulsive actions; he immediately relaxed his lips under hers. He extended his hand behind him and flipped it.

“I’m sorry, you remind me of a face I cannot place. A voice I’ve heard I do believe in my dreams. Your aura…I’m sorry, you must think the worse of me.”

Dracon could not take his eyes from off Naynina’s lips. He knew she was talking on according to her lips moving. Her voice soothed his turmoil soil.

Naynina unbuttoned two buttons of her blouse. She dipped her hand in the cleavage of her breasts; she lifted the locket from behind her blouse and held it in her hand. She opened it.

“You have a Doppelganger.”

Naynina opened the locket and turned it toward Dracon to view.
Dracon covered Naynina’s hand and pulled her hand toward his face.

“That’s a strange coincidence” Dracon unbuttoned his suit jacket, and then the first three buttons of his shirt. He pulled out the locket and opened it.“Take a look.”

Naynina looked down at a photo in the small oval window. She looked up into Dracon’s eyes.

“Where did you get this from?”
“A woman many years ago.”

“I never sat for this portrait; she looks the spitting of me.”
“And that handsome gentleman who you wear around your neck looks like me as well.”
“Yes, he’s very handsome.”

“Could I ask you a question Miss. Polanski?”
“If I am going to be a guest in your home, I prefer you call me Naynina.”
“Very well, Naynina. Is there a special reason why you fainted, and are you going to be able to continue with the archeological dig.”
“I’ve never fainted before, however, once I looked at this beautiful home you have here, and once I came through. I was here. This house gives me a feeling, I cannot quite put into words.”
“Hopefully a very good feeling. Come, I need to show you something.”

Naynina looked at the chest hairs peeking out Dracon’s shirt. He followed her eyes. He buttoned up the buttons.

Dracon leaned forward. “You are allowed.” He winked at her.
Dracon stood. He held his hand down to Naynina.

“Baby, your hand is cold again.”

“You sound like someone who was very special to me.”
“I’m sorry, but your presence makes me think of forbidden times. Maybe this archeological dig and me staying here is not a great idea. Vasile assured me I could stay…”

Dracon hissed under his breath.

“You will remain here the duration of your stay. There is a contract we have with several colleges and universities to fund this thesis study. And I’m sure you would not want to upset your other colleagues. Professor Peeples has brought it to my attention you are a captain.”
“Why, yes, and I do not want you to be uncomfortable when we are interacting.”

I am feeling your vibe Professor Constantine, She wondered did she pack her fangs. She would love to take a bite out of his walnut-brown skin.

“You just might get a chance to use those fangs; as long as you allow me to use mine first.”
“I’m...I did not mean to voice my opinion...I’m sorry my observation.”
Or did she? She thought.

Naynina noticed Dracon’s eyes were a very unusual dark-brown, the pencil thin goatee circled a pair of gifted lips she will make sure she samples before she steps foot back in Brazil.

“It appears someone has made a silent challenge for the benefit of my presence. I will try not to disappoint her in her silent observation or deny her assumption.”

Dracon grabbed onto Naynina’s hand.
Both walked over to the door.
Dracon unlocked the door and opened it.
Both walked straight into Mimi’s presence.

"I was coming to see if you could use my assistance, Professor Constantine.”

Naynina noticed the question was more directed to Professor Constantine.

“Yes, thank you Mimi for asking, but no.”

“Yes, I was in the process of giving Naynina a private tour.”
“Ooh, I would love to come.”
“It appears you and the other students have already been given a private tour of my estate. Therefore, if you will be so kind and please wait in the grand dining room until I have properly escorted Miss. Polanski around my estate grounds. I will join everyone then.”

Mimi looked at Dracon. She looked over at Naynina, and then found Dracon’s eyes once again.

“I will meet you downstairs, Dracon.”

Dracon looked over at Naynina. He cleared his throat.

“I shall be along very shortly, and you may advise Mr. Peeples, I am giving his student the grand tour, as the rest.”

You will forget the offer for me to join you in your bed this evening.
Mimi nodded her head, turned, and walked away.

Why does she find a stranger attractive until the thought of his mere presence was wreaking havoc on her emotions?

“Does everyone around here have cold hands?”
“Warm heart as they say.”
“I expect to find out.”
“Indeed, you will.”
“How many staff personal resides here.”
“Just my loyal servant Mordecai and me. I have cooks to come in to cater several events or for a faculty gathering.”
“Vasile has disclosed the fact this is a very tight knit community of several professors.”
What else did that bastard tell you Dracon thought?
“Yes, it’s easier to commute.”
“That was the exact reason he gave me as well.”
“What I want to show you, please do not be alarmed.”
“Now you have me totally in suspense.”

Dracon latched his hand onto hers.
Both entered his bedroom.

Naynina looked around. She walked over to the dresser. She lifted the brush and brushed her long hair. She noticed there was not a mirror stationed on the dresser.

“No to worry, you still looked beautiful.”
Naynina’s eyes carried her the distance of the bedroom.
“Still?”
“Yes, from the first time I’ve ever laid eyes on you.”

Dracon entered his bedroom. He strolled over to where Naynina stood.
Naynina placed the brush back down on the dresser.
Dracon palmed Naynina’s shoulders.

“This is what I needed to show you.” He turned her around.

Naynina looked up. She blinked her eyes so many times to dispel the eyes that looked down at her from a mounted portrait. She walked over to the fireplace mantel board. She reached out and caressed the fragile surface of the sepia portrait.

Dracon placed both of his palms on Naynina’s shoulder from behind. He pulled her back against his chest wall.

“Where did you get this from,” Naynina tossed over her shoulder.
“It was a birthday present to me. That was the very same day my wife unfortunately died.”

Sadly, I gave her life of immorality, and she ran away with someone else he thought.

“She was your wife. But how, this photograph looks to be of another era.”
“I think that was the effect she was aiming for.”

Dracon sniffed the back of Naynina’s neck. The scent of his late wife silvered up his nostrils. He wanted to taste her skin. Suckle the Fairy blood he knew ran through her veins.

“I think I should join the others.”

Naynina turned around
Both stared at each.

Dracon heard the beating of Naynina’s heart. He lifted her chin. His face slowly descended. He tenderly kissed Naynina on the lips.

Naynina scooted closer.
He was her professor, yet his lips felt so intoxicating against hers.
Naynina’s palms rested on Dracon’s chest.

Dracon palmed Naynina’s back and drew her body closer. His tongue expertly slipped into her warm mouth.

Dracon willed the door to close and lock.
Both heard the door slam.

“I…I’m sorry, this can’t happen. I am a guest in your home…and your lips feel so good…I mean, I have to go.”

Naynina stepped from around Dracon’s presence. She rushed over to the door, opened it, and rushed out his bedroom.

“Fuck.”
Dracon looked up at the portrait. He pivoted to look at the door.

You will be back in my bed, before I allow you to walk out my life or this home again, even if I must turn you in this century. Better me, then that no good fuck, Vasile, and his indigent clan he thought.

Written by SweetKittyCat5
Published 3rd May 2019
Like This?
Poems by Author
Author's Note
This is a chapter from one of my many published novels. I will be adding a chapter ever Thursday and Sunday to celebrate life in general

This is Chapter Seven of Chapter Ten or more
Comment
#fairies #ForbiddenLove #memories #mythology #vampires
All writing remains the property of the author. Don't use it for any purpose without their permission.
likes 0   reading list entries 0
comments 2   reads 240
Commenting Preference:
The author is looking for friendly feedback.
Re. A Twist of A Vampire’s Fate VII
I_IS_ME
3rd May 2019 4:45am
This has became a soap opera to us, we are hooked.Tight as always

Re: Re. A Twist of A Vampire’s Fate VII
SweetKittyCat5
4th May 2019 3:32am
I'm glad you are enjoying my soap opera thus far, and thank you sincerely for reading and then commenting Enjoy your evening as well