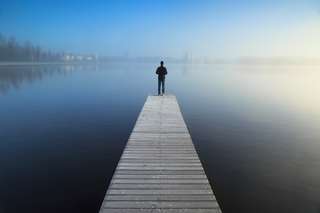 His Eyes Are Watching Blue

As the skies close in on him, he becomes claustrophobic
Breathing heavily when anxiety kicks in

He watches from the beautiful ocean shore
Just before he dives in......with no intention of coming back to the surface
His eyes are watching blue

Written by The_Element (Exodus)
Published 26th Apr 2019
Like This?
Poems by Author
Comment
#anxiety #dark #depression #LifeStruggles #MentalHealth
All writing remains the property of the author. Don't use it for any purpose without their permission.
likes 3   reading list entries 1
comments 2   reads 298

I have been here many times in my past and struggle to not return.

I can think of at least 2 people who struggle today.

Re. His Eyes Are Watching Blue
LiamReeduus (LiamReedus)
24th May 2019 9:54am
Captivating soul gripping your writes are beyond what i can even say