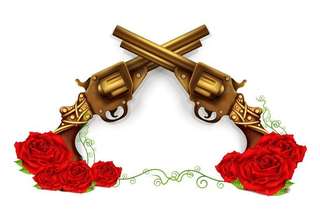 Today was a typical day for me. After we had our staff meeting in the morning. My morning slowly crawled. I had time to sign off on several patients’ notes and catch up on much neglected paper work. Take inventory.

Friday morning was so serene, a ghost town as they say. A homeless man who had somehow fell and injured his lower extremities. Sutured and then out the door; I am not called upon in triage calls of that nature. More time for me to post on my three online sites to pass the time.

By the time mid-morning rolled around. I was sedated, and sore from my Thursday evening run.

The patients who were transported to the ER by squad, their injuries or medical complaints consists of TIA (Transient Ischemic Attack) A patient who attempted suicide, and a patient whose blood sugar was dangerously abnormal rendering her into a diabetic coma

The afternoon comes around. The ER was quiet for a Friday. However, mid-afternoon rolls around. I thought I entered a war zone.

The ER become swamped with multi patients injured in a three car collision. Two patients were seriously injured with head trauma. And two more people were flown in. Then someone was transported to the ER; a motorcycle accident involving a car. Thank God a helmet was worn.

Then my heart dropped. There were four African American young men who were caught in the cross fire of gun violence transported in.
All young men, who have not fully enjoyed the fruits of labor in their life.

One of the patients had to go into immediate surgery, one had life threatening injuries, and the sad part is about that patient, he will most likely lose an eye, due to an orbital fracture along with his injuries, according to the Ophthalmologist on call.
The next two patients, one remained in serious condition, and the other was in critical condition.

As I looked down at the blood loss from these four individuals. A team of doctors and us nurses were busy. I witnessed the senseless act of gun violence and what it does to the human body.
America it’s time to put the guns down. I am not here to trample on anyone’s Second Amendment rights to bear arms, however, or condone the NRA’s member’s right to bear arms.

I am chagrined because, the illegal guns are blindly entering the African American communities, and the dire consequences of a gun within the wrong person hand is taking our youths off the streets. Leaving one parent to plan for a funeral, and another parent left behind to meet the needs of an incarcerated child for committing such heinous acts of violence, once apprehended.

Of all the years I have nursed. I have never witnessed the spike in gun violence related injuries or death. It continues to haunt me, seeing the painful look on parent’s face, when running into the ER inquiring about the prognosis of their son(s).
The agonizing time a love one must wait as life hangs in the balance.

The pastoral summoned, waiting for a medical miracle, or a last rite of passage.
When I was growing up, gun violence has never reached an all-time high as it’s seen today. You may have heard of someone being shot, but it was few and far.

I say vest the applicants on a more stringent basis when applying for a concealed weapon permit. Too many guns not only reach the African American communities, but in kids’ hand in general. We have the marches, for better gun control, victims speaking in congressional sessions, yet, it appears the crises is not being met to deter gun violence.

Told from my heart after witnessing pain after pain after pain. No more words for me to say to parents, the screams of, No God, the whys, pierces my soul when I am walking away. Muffled cries still lingering in the waiting area. Hugs of comfort for a loved one, who would never hold that person again. A mother and father draped over a rigor mortis body after three hours, begging for more time, the tears in eyes; wishing, hoping it was not their own, reality has dealt them such a cruel fate. It hurts people, a pain felt you could not run from, ears could never escape, and I am on the front line of this day in and day out. Critical Care/Trauma have deafened my ears, blinded my eyes to colors, races, and religion, yet has softened my heart to write better tomorrows.

Then it all smothers, chokes my passion to sometimes feel blessed I am still here. Guilt, some sane remorse still grips me, when I look down at a patient and the gapping wounds refuses to close, the blood refuse to clot, pouring. Muscles seizure, voices bellowing in union, pleading to the higher powers to be, for a life to stay with us. Internal Organs failing, and then being shifted and lifted. Forceps, scalpel, tracheas, incubations. Sometime there is just not enough adrenaline to get me through. God please give me a blindfold, as you continue to work magic through my hands.

Unfortunately, three of those four African American males had succumbed to their internal injuries before my shift was over.

Even after donning my universal precaution, my scrubs from Friday are still blood stained; confined to a see through plastic bag, I had to look at this morning as a remainder. I’m mentally numb today.

This was one of the saddest day of being a Critical Care ED Trauma Nurse III,  I could ever recall, now that I am acting Director of Nursing, I thought I would post it, it still pains me as if it was yesterday

Written by SweetKittyCat5
Published 21st Feb 2019
Like This?
Poems by Author
Author's Note
Your genetics load the gun. Your lifestyle pulls the trigger.

Mehmet Oz
Comment
#philosophical #SelfReflection
All writing remains the property of the author. Don't use it for any purpose without their permission.
likes 3   reading list entries 2
comments 0   reads 279