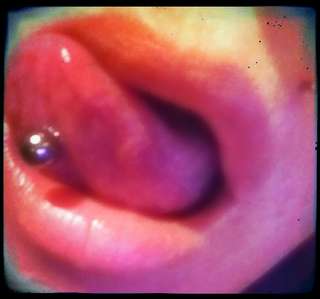 His heart pounded as he prepared for his first session with Belle. They had been online friends for some time. They shared erotic photos and sent messages to each other.
He learned that she was dominant, was well spoken, and appreciated respect. Over time, she became curious about his submissive side. She knew that he was a switch, but he had expressed submissive feelings toward her.
In truth, he was far more interested in being dominated by her than he had expressed.
He found her voluptuous, sensual, thoughtful, and mysterious.
Her photos stimulated his imagination . . . and stimulated other parts of him as well.
He made one last check of everything. He had all his toys and gear laid out on a table next to the bed. The self-bondage equipment was ready. The cam was set up at the end of the room.
He was wearing a white terrycloth robe with nothing underneath.
The appointed time was near. Heart still pounding, he took a deep breath and made the cam call.
Within a few seconds she answered. As agreed, she would not show her face, but he saw her from the neck down.
Her beautiful curves were adorned with a black lace bra and garter belt and stockings. He gasped. She looked luscious.
He was expecting her to dominate him, tease him, edge him, and control his orgasms for her amusement.
Seeing her like this, he expected it would be difficult to stop himself from climaxing. If he only knew what she really had planned, he would have groaned in despair.
It was going to be far more difficult than he had imagined. She had been plotting for months, weaving her web, luring him in. Tonight she was going to take him completely.
Belle had watched him on cam a few times, when he was broadcasting on a site that still let amateurs cam. She had typed sensual words, taunting him, seducing him into following her instructions. She had edged him, hearing him moan, until finally he pleaded for mercy, then she had commanded him to explode for her.
Belle had touched herself in delight as she watched him stroke himself and heard him cry out in relief as he was finally allowed to climax.
As a final torment, she had typed that she wanted him to keep stroking until he drained every drop.
He was average looking but pleasant to watch, certainly not a muscle stud like so many other guys on cam, but there was more to it.
He obviously loved to explore dom-sub relationships and apparently he was willing to obey her. She had especially enjoyed dominating a man who was a dominant himself.
Belle was weary of watching videos all the time; she wanted her own personal play toy, a man who would follow all her commands...

Commenting Preference:
The author is looking for friendly feedback.
Re. Bound by Belle
LilDragonFly
7th Feb 2019 11:24am
Hmmm ... most engaging write my poetess ... love this ...

Read poems by StrapOnBelle
Re. Bound by Belle
Tenderloin
7th Feb 2019 11:31am
Richly, detailed ink.  It appears you took command.  Felt the heat in this write.

Read poems by StrapOnBelle
Re. Bound by Belle
Hunterapsych (Shaman among machines)
7th Feb 2019 2:05pm
Spectacularly seductive piece! Very captivating and vivid felt like I was right there i dig this!👏👏

sigh I am submissive myself...

I've enjoyed webcam explorations myself but not to this extent...

so sexy your playtime...

It truly is something special

Re. Bound by Belle
samael (Zaroff poetry)
8th Feb 2019 9:24pm
I want to chaturbate so hard right now lol. well penned piece. loved it, keep'em coming. and now everyone wants your website to be dominated too lol. bravo.

Re. Bound by Belle
poetrician
21st May 2019 5:14am
A most excellent subject matter - the control and denial of arousal - you are playing wonderful games.