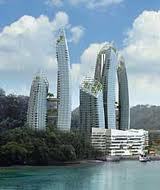 when left to wander

One tends to eye-fuck everything in sight----


Thought 1
(Scattered in the corner by the Bakery, probably shattered there by some idle drunk bastard who might have concluded "the society" is an illusion and loitering is flattering, merely a concession but one more accepting than sucking the "diseased whore" who offered you her Button to quickly stitch)

Thought 2
(The glint of the glass in powered pieces, fleeting in the wind, almost wanting to take the remaining shards and stab that Hobo, sitting on the next corner in the nuts, for smelling so green)


Feasting and dissecting wonders as minute and mundane as a broken beer bottle;red. To as majestic and mysterious as the 270ft skyscraper a mile down the street; obelisk.


Thought 3
(Yo, that shit is tall as fuck! The workers who built it must have some strong backs! Looking at the structure so raw and real, Twenty people, at least, had to have died. To stand at the edge and embrace the open vastness; seeing that view must have felt like being at the feet of God {feeling like a demi-god}, a realisation which, more than likely, drove them stark-raving mad that they simply walked off the plank)

----the mind is a dangerous thing when left to wander; random rants.

Written by Jordanne (RubixCube)
Published 17th Nov 2011 | Edited 29th Nov 2011
Like This?
Poems by Author
Comment
All writing remains the property of the author. Don't use it for any purpose without their permission.
likes 2   reading list entries 0
comments 2   reads 738
Commenting Preference:
The author encourages honest critique.
when left to wander
lepperochan (Craic-Dealer)
19th Nov 2011 2:33pm
excellent structure and thought process.

re: when left to wander
Jordanne (RubixCube)
20th Nov 2011 3:12am
Eamon:
Yh this was purely js random thoughts.Thanks for the comment, glad you liked it! (error noted)