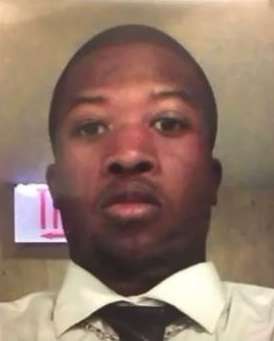 Jemel Roberson, twenty-six years old
Hoping to be a cop some distant day
In employ of his heart, so big and bold
Worked as security guard for his pay

Engaged the shooter and he knocked him cold
Then pinned his body under his own weight
Jemel Roberson, twenty-six years old
Saved many people's lives upon this date

But could not save his own when cops arrived
Armed black man with a white guy in his hold
Was murdered- now his story must survive
Jemel Roberson, twenty-six years old

Written by SatInUGal (Kumar)
Published 13th Nov 2018 | Edited 6th Dec 2018
Like This?
Poems by Author
Author's Note
If you are new to this story, please read about Jemel and understand.

For reference:...
Show More
If you are new to this story, please read about Jemel and understand.

For reference: https://www.washingtonpost.com/nation/2018/11/12/they-basically-saw-black-man-with-gun-police-kill-armed-guard-after-responding-call/?utm_term=.a37240b7c692
Show Less
Comment
#heroic #murder #racism
All writing remains the property of the author. Don't use it for any purpose without their permission.
likes 11   reading list entries 2
comments 24   reads 755

Commenting Preference:
The author encourages honest critique.
Re. 11/11/18
SweetKittyCat5
13th Nov 2018 7:03pm
“I just read this story this morning. Such a heart-wrenching catastrophe for the surviving members of this brave man’s family to cope with in the face of such a senseless tragedy. Had law enforcement followed proper protocol when arriving at the scene of the crime, that entire fiasco would have been avoided and possibly had a better outcome, thank you my handsome one for bringing this gentleman’s story to the forefront and tackling such a sensitive matter.”

thank you for sharing about this fallen hero
taken so unfairly...

Re: Re. 11/11/18
SatInUGal (Kumar)
13th Nov 2018 9:19pm
Another friend just said the same thing, and I appreciate your heart, because that is exactly what an alive heart in a conscious human being should be feeling right now!

Read poems by SatInUGal
Re. 11/11/18
JusTim_
13th Nov 2018 9:41pm
Couple miles away from me. I know a bunch of guys that used to hang around there. Rough neighborhood, lots of gangs, drugs, and a recovering police department that was full of corruption but still he didn't deserve this fate.

Here is a little back story on the town

...and they still decide (because there is always a decision) to shoot to kill, then there is no defense I am interested in.

Read poems by SatInUGal
Re: Re. 11/11/18
JusTim_
13th Nov 2018 9:56pm
The officer was from the neighboring town.
I'm not condoning this at all and I believe it could have been handled differently...

...the million dollar lawsuit just filed on behalf of the family states he was wearing all black and a security hat.

Family and friends are gathered at Manny's Blue Room now and have collected $20,000 for the family.

Re: Re. 11/11/18
SatInUGal (Kumar)
13th Nov 2018 10:04pm
Clearly you are quite informed on this. Every story I've read makes it clear that the people around were all yelling to the cops that the guy was a security guard, and he was apparently wearing security guard clothing. However, even if no one was saying anything and he was wearing plain clothes, it wouldn't be justified. White shooters are nearly always taken alive. With black people, they shoot first, ask questions later.

Read poems by SatInUGal
Re. 11/11/18
brokentitanium (k.)
14th Nov 2018 12:34pm
This story made me so sad and angry.... followed by frustration and helplessness.... how can we ever fix a world where these things happen??
Thanks for doing your part to make sure his story is remembered.