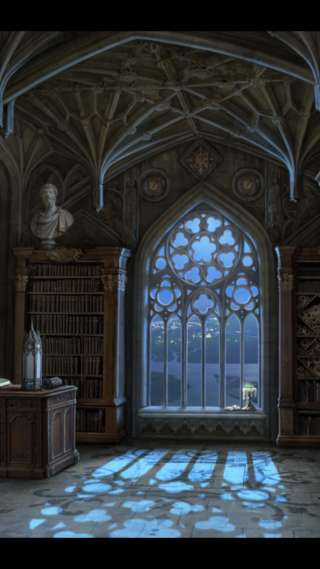 “We need a quiet location He said.”
The Boiler Room, was the obvious choice,
as this room was once, a heavy hitting forum
put in place for disputes and solutions,
a sort of free for all, no holds bared grudge match
type place.

“There had to be clues in the many
MANY  discussions brought there,
Zazzles quietly mentioned.”

Recently a post was discovered and brought
to Hades’ attention, so he took pictures of the incident
with his phone and showed them to the crew
“Poets Beware!”  was scribbled all over the walls
of the Ghost Club Competition,
right smack in the middle of the thread.

On further inspection Lady Layla, pulled out
a pair of white cotton gloves a brush and
some fingerprint powder,
In case there was a trader roaming the halls...

Meanwhile, Zazzles, was assembling
the paranormal activity equipment
EVP recorders, an so on, making sure
it all worked properly.
Crowfly, and Crimsin were reading and
rereading the posts in the Boiler Room archives.

Not faraway was Goddess-Worship,
typing away gathering only the facts...

Todsky, texted, saying “he was busy at home,
but he’d be around after supper...”

Viddax was at the helm making sure the
Poetry  that was never read or commented on
was deciphered and put on the push boards
scattered all over the room...

Everyone was busy doing something
to help in this very sorted very odd investigation.
Still, Something felt off, something or someone
was missing. that’s it, thought Hades’ we need a
couple of lookouts. two fierce poets who could
handle a crowd should we all be discovered
with malice.

So Hades’ decided to inlist in the help of
The Leprechaun, aka Criac Dealer, aka
The Reporter, if there’s a story, he’s got it!
Not to mention he never backs down!

And, SnuggleBuck, HadesRising’s,
personal Heeb, his sidekick,
SnuggleBuck The Sly, aka The Humbler
aka The Town-Crier, Known for his larger
than life  talent in taking one on the chin
for the betterment of the team and
his investigative charisma .

Written by Zazzles (Broom)
Published 3rd Jul 2018 | Edited 23rd Jul 2018
Like This?
Poems by Author
Comment
#WritingPoetry
All writing remains the property of the author. Don't use it for any purpose without their permission.
likes 8   reading list entries 2
comments 14   reads 374

Commenting Preference:
The author encourages honest critique.
Re. The Deepunderground Murders Part 2
crowfly
3rd Jul 2018 9:58pm
Great follow up!  The investigation is quite a thrill.  Can't wait for the continuance, and hope this is a lengthy series, or that you have more dark tales to tell about DUP.  I certainly love this one.

Read poems by Zazzles
Re: Re. The Deepunderground Murders Part 2
Zazzles (Broom)
3rd Jul 2018 10:13pm
I will twist and turn the poets, and some will have magical powers, and some wI’ll not but all will show their personal strengths and what they are capable of ...
see you in the story Crow ❤️
Xo Zazzles

Read poems by Zazzles
Re. The Deepunderground Murders Part 2
Sumdumchik
4th Jul 2018 1:03am
Nice kinds reminds me of Scooby doo

Read poems by Zazzles
Re: Re. The Deepunderground Murders Part 2
Sumdumchik
4th Jul 2018 2:36am
Yeah me and achohol bad combination.
Ruthless with a smile
Its all bad

Re. The Deepunderground Murders Part 2
diamonddave75
4th Jul 2018 1:11am
Lady Zazzles.. great follow up.. intriguing story.. i will stay tuned.. much love, and respect..

Read poems by Zazzles
Re. The Deepunderground Murders Part 2
Layla
4th Jul 2018 1:41am
lol, omg you did it again..another new york best seller.  This is fantastic, im having so much fun reading this blockbuster tale and i have to confess your page is the first place im looking in whenever i login.  You are just awesome Zazzles.  More more, your audience demands more, pleazee! :)

p.s. I don't know what Tod toldya, but i heard he wasn't really home, he was in the boxing ring, warming up ;)

Read poems by Zazzles
Re. The Deepunderground Murders Part 2
Gahddess_Worship
4th Jul 2018 9:26pm
How did you know that I like to gather facts, clues. There aren't many hard and fast facts and truths in this world. I like that Layla is portrayed as a person of detail and precision because she is so precise in her placement of just the right word. I am loving this story. Brava!