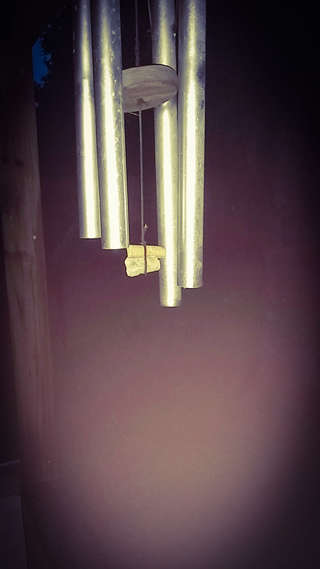 For Daddy: A Novel Excerpt

"Who am I? Not the body, because it is decaying; not the mind, because the brain will decay with the body; not the personality, nor the emotions, for these also will vanish with death."

She felt like she had been running all her life.

But she'd done it. She'd escaped.

She saw herself in various tawdry shots. She was dressed in a baby blue lace bra and panties. She smiled flirtatiously at the camera in a heavy makeup-smile.

She finally found what she thought she was looking for. It was a photo of a bed. On top of the bedclothes were four objects put together. A shiny iridescent brass door knob, a silver ring with a crucifix on it, a large silver coffee thermos, and a set of false eyelashes. The eyelash glue inside its tube was oddly pasty and dried-looking.

She believed in symbols. There was ultimate truth in symbols, in archetypes. She knew they would ultimately show her the way.

After all, she was doing it for Daddy.

She was out of medication. The pharmacy would not refill it for various reasons.

She felt herself falling, falling. She was holding on to reason, to logic, to sanity in any way she could.

She did this by organizing and decorating. It calmed her inside, somehow. For hours she rearranged the few things she had left.

A handful of crumbling snapshots of her daughter. A framed portrait of her grandmother from the 1920s, practically falling apart.

The problem was she needed flowers. Flowers did everything. So did simplicity. A lot was too much, a little went a long way.

Keep it simple, stupid. She thought.

She didn't believe that good and evil really existed. They were only qualities that were found within human beings. And people weren't all evil or all good but a combination of both, or somewhere in between.

She hoped, as she had hoped most of her life, that she was a mostly good person.

That day she had taken what seemed like an endless number of buses. What had gotten her through the eternal seeming rides was holding and cradling the silver thermos to her chest. Often she would bring the thermos to her nose, inhaling its scent. She did not know why but the thermos it seemed to emit an earthy masculine scent. She would stare down at it often. It seemed to resemble a beacon, or a lighthouse.

It was all she had left, but she knew it would lead her to him.

Three days off meds. The insomnia and the brain zaps and the dizziness and nausea and the way she cried when they found the body of a four year old boy washed ashore on the news.

Of course, hyperarousal was a symptom of SSRI withdrawal. Sadly, and she didn't want to let herself think about it, she never wanted to let herself think about it, one of the unpleasant side effects of medication was the numbing of her sexual organs, what felt like a veil having been draped over her body, separating her with its thin membrane from being a woman, and ultimately from being human.

Written by toniscales (Lost Girl)
Published 21st Jun 2018
Like This?
Poems by Author
Author's Note
Just playing around with some notes and photography. Hoping to find coherence, maybe hoping to find hope.
Comment
#confessional #identity #memories #women
All writing remains the property of the author. Don't use it for any purpose without their permission.
likes 0   reading list entries 0
comments 0   reads 292
Commenting Preference:
The author is looking for friendly feedback.