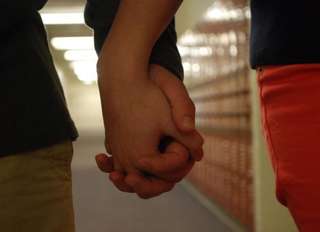 There’s a bloody handprint attached to a locker.
Another mother cries herself to sleep.
Thinking of the thoughts and prayers that couldn’t save her child.
If there’s a god he would damn the nra to hell.
Is time just borrowed until we get popped off by some psycho?
If you aren’t trying everything in your power to save lives, then you’re part of the problem.

If you rather defend your weapons over the lives of children.
Then do the world a favor.
Turn those guns on your own home.
Save everyone else.

There’s a love that’s blossoming.
High school sweethearts left in red as they hold each other’s hand.
Does this disturb you?
If not, it should.
It should so much that you should want to help.
So many people say;
you can’t be famous,
you can’t change the laws,
you can’t live forever,
and you can’t help the world.
I hear so many cants.
Like that got anyone anywhere.

If you rather defend your weapons over the lives of children.
Then do the world a favor.
Turn those guns on your own home.
Save everyone else.

Written by DevilsChild
Published 20th May 2018
Like This?
Poems by Author
Comment
#anger #confusion #grief #shame
All writing remains the property of the author. Don't use it for any purpose without their permission.
likes 5   reading list entries 1
comments 0   reads 313