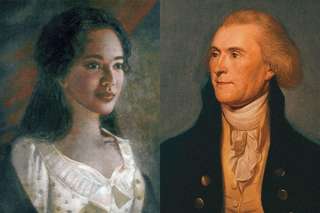 The Bill for those Rights

In looking back at the discussion at Monday’s Professional Development there were a number of issues that left me, frustrated, angry and confused.


My confusion lies in our use of the Bill of Rights as a springboard for a discussion on morality and ethics …? At the core of it, we’re talking about a document that was written by a group of murderous, slave owning thugs (aka lawyers) with rules that were written to protect their criminal, and morally devoid enterprises. Is there any wonder why the words “morals” or “ethics” are not to be found anywhere in the Bill of Rights? Nor is there any mention for protections for women or children; or any mention of proper health care, or education for the masses.


As for the issue of slavery not being signed into the Bill; history has repeatedly said Jefferson wanted to include an amendment but he kowtowed to the South.  The southern delegations basically told him, “Look Jeff, we know you’re getting your salad tossed by that Sally Hemmings gal, but don’t fuck with our territory, and how we run it!” (The classic negotiation tactics of gangsters.) So, is it any great wonder that the great majority of the BOR deals with the rights of the accused in criminal activities, and not the fundamental welfare of “the people”?


And while there is no provision for education in the BOR, even at a fundamental level, we as a country must keep “a well-regulated militia”.  With these founding “principles”; there’s no wonder in the fact that this country only spends 2 – 3 % of its’ revenue on education, and some 15 – 20% of its’ budget on the military.  Likewise, since November 2016, the stock value of the three largest U.S. defense contractors has risen by 20 – 80%.  So, while it may be nice to “write a new constitution” that gets rid of assault weapons during a PD, that shit ain’t gonna happen, because we as a country would rather spend money on bombs and bullets, rather than backpacks and books (as written in 1791).

Written by LobodeSanPedro
Published 29th Apr 2018
Like This?
Poems by Author
Author's Note
Written after the workshop on morality, ethics and the Bill of Rights, that was led by one of my bosses. I sent my reply out to the entire staff of 100+.

Somewhere in there is a poem ... or...
Show More
Written after the workshop on morality, ethics and the Bill of Rights, that was led by one of my bosses. I sent my reply out to the entire staff of 100+.

Somewhere in there is a poem ... or maybe a play about the children of color who didn’t walk out of school during the anti gun protests.  Can you guess why?
Show Less
Comment
#humankind #HumanRights
All writing remains the property of the author. Don't use it for any purpose without their permission.
likes 8   reading list entries 4
comments 12   reads 851

Commenting Preference:
The author encourages honest critique.
Re. The Bill for those Rights
cold_fusion
29th Apr 2018 3:20pm
Echo! well...you got balls there Lobo!! any talk of touching the constitution written by some dudes during the days of slavery,  is considered sacrilegious. People forget, they were just people, who wrote that, not some Disciples of Chirst who descended directly through time to write that.  I said your work sums it up better!! best ever piece of work read on this site...no kidding!!

Re: Re. The Bill for those Rights
LobodeSanPedro
29th Apr 2018 8:09pm
THANK YOU! so much for those incredibly kind words ... I wrote and sent this out to my colleagues about a month ago ...

About two days ago I was watching some NRA fanatic on TV advocating for the arming of classroom teachers.

When I was in the service, I qualified as an expert in using an assault rifle; but as a teacher ... No fuckn’ way do I want a gun in my classroom.

At work, I’ve heard announcements over our PA system about teachers losing everything from car keys to eye glasses.  Can you imagine an announcement that says, “If anyone has seen Mr. Growmohski’s  Glock and an extra clip, please return it to the main office as soon as possible. Thank you.”

Thanks once again, you made my day.

Read poems by LobodeSanPedro
Re: Re. The Bill for those Rights
Zazzles (Broom)
15th Jul 2018 6:50pm
Absolutely riveting Lobo! I find your in-depth descriptions on how it was , and how it still lingers in our culture even today spot on! As for  Arming teachers with adult rifles  well just the fact we are having this discussion says a lot right there eh?
It is absolutely  counterproductive .
We shouldn’t even have classrooms anymore,
it should be all virtual, end of story !
just my humble opinion...
Really enjoyed your poem & commentary there after .
Write on ! Lobo

Excellent statement on past and present

We say we are the greatest country in the world, yes we are free but always at the cost of oppression.

We are not holy or brethren

Re: Re. The Bill for those Rights
LobodeSanPedro
3rd May 2018 3:58am
I know you're one to seperate the shit from the shinola, and advocate telling plain simple truth ... so I greatly appreciate your feedback!

Read poems by LobodeSanPedro
Re. The Bill for those Rights
FATBOY300PLUS
2nd May 2018 4:58pm
I love your bravery and truthfulness. Totally agree that the BOR was written by folks with their own best interests at heart. And absolutely love the fact that I have legal standing should I find myself beset by tyrants as were the framers of this Bill.
Oh wait, I'm a black man in the U.S.!!
Look out tyrants I'm on my way

Read poems by LobodeSanPedro
Re. The Bill for those Rights
LobodeSanPedro
18th Jun 2018 2:30pm
Just bumping this bc I found a publisher crazy enough to put this out on their site along with another recent piece “words of the week” ...

Thanks for those who’ve read this, you all told me this needed to be aired on another platform ...

I’m humbled by your love, respect and support, not so much for me ... but for children, whose playgrounds have changed to war zones

Read poems by LobodeSanPedro
Re: Re. The Bill for those Rights
cold_fusion
20th Jun 2018 1:42pm
Thank You.... the courage of and in this ink...believe it or not, is inspiring.

Re. The Bill for those Rights
LobodeSanPedro
15th Aug 2018 12:54pm
If you're not watching WHO IS AMERICA? ... you're missing on the best satirical indictments on television

Read poems by LobodeSanPedro
Re. The Bill for those Rights
mel44
23rd Aug 2018 9:40pm
Truly moved by your words. I created "Priorities"( Visual Poem) in the aftermath of  all the school shootings.You might appreciate.  As a former teacher, I am horrified at the recommended solutions. Let's end gun violence with more guns! Bless you!  Shout it out for all to hear.
"The only thing necessary for the triumph of evil is that good men do nothing."