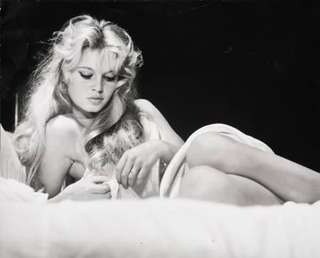 A vandalized woman is an arduous pursuit,
but she'll love you twice as hard.
That's what makes her dangerous.
Like a Waskiewicz on an atrophied wall,
she is grace among ruin.

Grace among ruin: the beginning of sinister
and a harrowing ride on the lost highway
like she was trying to set
some kinda love-speed record.

A woman of impetuous desire,
she'd trade her atlas-cloud pillows for a bed of straw
if a man tangled her in blue metaphors.
Her beauty pirouettes on the edge of temptation.

She is the grace giving credence to the ruins;
She is no one at all,
And she is the daring poem of her heart.

Written by Kasai
Published 1st Sep 2017
Like This?
Poems by Author
Comment
#heartbroken
All writing remains the property of the author. Don't use it for any purpose without their permission.
likes 8   reading list entries 2
comments 15   reads 892

Commenting Preference:
The author encourages honest critique.
Re. Grace among ruin
JohnFeddeler
1st Sep 2017 9:41am
glorious poetry, Kas,
she is all grace in the poetry of her heart,
like every woman...

Read poems by Kasai
Re. Grace among ruin
Anonymous
1st Sep 2017 1:44pm
Your mind is a beautiful place, filled with incredible imagery. You are an artist in every sense of the word. Such a beautiful poem.

Re: Re. Grace among ruin
Kasai
2nd Sep 2017 7:18am
Thanks so much, Ash, such a lovely comment you leave me with, always so nice to hear your thoughts...

Read poems by Kasai
Re. Grace among ruin
crimsin (Unveiling)
2nd Sep 2017 10:02am
so much grace & passion
woven into these lines
lovely Kasai..

Re: Re. Grace among ruin
Kasai
2nd Sep 2017 10:14am
Thank you, talented one, I do so enjoy your visits. Grace and passion, some of us keep it very close among those crumbling ruins...

Read poems by Kasai
Re. Grace among ruin
Anonymous
3rd Sep 2017 8:00pm
My Sweet Kasai, a vandalized woman will always love much harder because in doing so we hope it to eventually remove all the scars previously left...the power of the "right" one can do such a thing...lovely poetry as always...

Re: Re. Grace among ruin
Kasai
3rd Sep 2017 10:13pm
Yes, so very true. Those scars, all but forgotten. Perhaps the deeper ones don't fade as much as we'd like, but the right one, they love those, too. I hope. Thank you so much, sweet lady, always touching and kind comments you leave for me. I do so appreciate them...