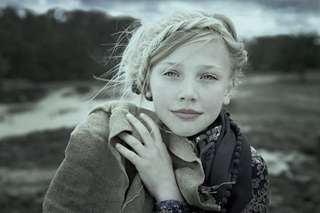 she came at me like Mariah –  the wind blowing thru her hair, as if
it wasn’t a thing of its own creation. a nefarious mix of rain & fire in
her eyes; she could burn a man or wash him down the river.

it was a tragic passion that could only be beautiful. smoke came from
the other side of the mountain. the smell of a great disaster was in the
air. I would have left her alone, had a beer, bogarted a joint, but she
wanted it.

she took me somewhere I’ve never been. gladly beyond. the wind cascades
like an old world symphony thru the tall Savannah grass. the rain comes
down so brazenly it could rend a man’s tattoos. or a woman’s bruises.

I figured I learned everything about making out when I was like, fourteen.
the grabbing, mouth on mouth, tongues wrestling like serpents, the
rapture. & the terrible ride to an avenging star.

she brought me an idyll of gold; an ardor so rare it had no manifestation
in the paragraphs of a thesaurus. & it was simply called this: a kiss.

there were men who could take her there. & the women who spent nights
with me, sad nights, lonely nights…  they always go. crying, maybe. but
they go.

so I drift back to the barbaric ways;
where the whores are good enough for a stormtrooper like me.

descended from Germanic tribes  –
it’s why they call me Feddeler…

Written by JohnFeddeler
Published 4th Aug 2017
Like This?
Poems by Author
Comment
#love #respect
All writing remains the property of the author. Don't use it for any purpose without their permission.
likes 15   reading list entries 3
comments 8   reads 707

Commenting Preference:
The author encourages honest critique.
Re. Aryan after you
Taryn
4th Aug 2017 4:38am
Dearest John....this very poem shows your perception of self, but one so barbaric would never render such a write in a sense paying tribute to a woman, had she not affected him to the deepest depths...you will however, always be Feddeler, unable to be compared with any other...With love, always - Kitten xoxo

Re. Aryan after you
Anonymous
4th Aug 2017 12:22pm
What do we do when the bar has been set so high?  We fall back into the same shadowy patterns. Another gorgeous poem

Re. Aryan after you
crimsin (Unveiling)
4th Aug 2017 12:30pm
John something about this
I love all your writes
but the underlying darkness
mixed with innocence
tells me this is your masterpiece..

Re. Aryan after you
crowfly
5th Aug 2017 8:54pm
Poetry's clearly in your blood too.  Nature or nurture, always fine work.