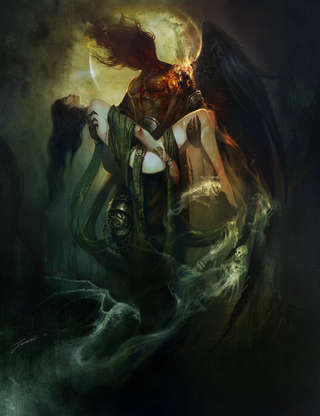 Act 1 : Ignition
Her heart madly races as Master approaches
Pupils dilate and nipples swell as He begins the sacred sequence
Lust fountains between her legs
He knows her Soul, better than she knows herself
His hands roam her curves , skillfully arousing every cell in her body
He whisper the dirtiest words in her ears
She feels the kiss of the whip all over her body
And the amazing sensation of Master’s hands, caressing but also slapping hard
Her body shudders from both the force of impact and waves of orgasmic exhilaration

Act 2 : Ascension
Her arms and legs fastened on a ceiling swing,
He hoists her up to waist height, her body suspended in mid-air
She gasps for a last breath of air as Master pulls her hair downwards
Gently but firmly shoving his throbbing manhood down her throat
Her moans match His, as He comes to plunder the cradle of her femininity
Her body once again shudders from the force of His body colliding with her
As He claims her all
The final apocalyptic orgasm comes as He explodes
Flooding her insides and bathing her whole body in his essence

Act 3 : Sublimation
She rests in her Master’s warm embrace as feeling whole
Utterly loved, cherished, satiated
His fingers gently flowing through her hair
She feels the beating of His heart and his arms around her
The world that gave her so much pain fades
Outside the window, faceless undead shamble
But she feels Alive, breathing in
Eternity.

Written by HollowAtaraxxxia
Published 26th Jun 2017
Like This?
Poems by Author
Comment
All writing remains the property of the author. Don't use it for any purpose without their permission.
likes 9   reading list entries 2
comments 14   reads 1319

Commenting Preference:
The author is looking for friendly feedback.
Re. Eternity
thepositivelydark
27th Jun 2017 12:33pm
I truly believe in the sacredness of the bond between a Master and His love, and the knowing of each other's soul. The tenderness with the seeming roughness of it all.

And perhaps out beyond everything, time would mean nothing at all...

Thank you for bringing me to this space through your words. Wonderful write. :)

Re: Re. Eternity
HollowAtaraxxxia
28th Jun 2017 5:41am
You greatly honor me with your words, thank you so much.
Have you ever heard of the pain gate theory ? In short, an overflow of stimuli like pressure etc can block pain on it's way to the brain. Skilled s&m , applied with the greatest care and love by the Master has the exact same effect on the body. For the mind, it is again an art to do the same. The sacred trinity of divine bliss is completed by the lovers' knowing of each other's Soul. Tantrically activated then, Souls indeed go beyond...to places of pure magic indeed.
When we come to know Nirvana...nothing else matters indeed :)

Re: Re. Eternity
HollowAtaraxxxia
5th Sep 2017 5:46am
Yes redemption, for after comes ascension. To release is to lighten the Soul so it can fly to better worlds. Thank you so much for your kind words :)

Re. Eternity
misteraspank
7th Sep 2017 9:26pm
I adore such poem and most important the energy of sex .

Re: Re. Eternity
HollowAtaraxxxia
8th Sep 2017 5:27am
Thank you :) The sexual/tantric energy i consider to be the very essence of creation, hence it is indeed sacred :)

cant wait to read more of you my new dear ;)

Re: Re. Eternity
HollowAtaraxxxia
8th Jan 2018 6:30am
Thank you :)
More will come, unfortunately at a slow pace. Creation you see, is a sequence that needs a catalyst, a Muse.

Read poems by HollowAtaraxxxia
Re. Eternity
Anonymous
11th Jan 2018 8:00am
Stunning display of knowledge, that binds the Psyche, to my stimuli.
Intriguing piece. To have the capacity to maintain vigorous and precise procession, and the composure to gift her wings. Kinetic sensations felt through this piece.
With respect,
Beth

Read poems by HollowAtaraxxxia
Re. Eternity
again
11th Jan 2018 11:58am
this is like
come
stand
enter
succumb
but do cummmmmmmmmmmm

Read poems by HollowAtaraxxxia
Re: Re. Eternity
again
12th Jan 2018 12:43pm
glad u smiled
humour is life
that's why all the time
I keep cummmmmmmming
even if it's dry
mental cummmm
compensates sum
of all no cummmmmmm