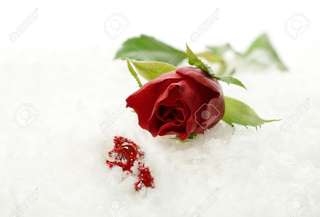 I ceased to take another breath and fell into an unconscious state of spiritual abyss
hands clinging to the last thing of beauty I possessed , my luscious red rose


my ethereal eyes closed to the darkness the world has descended down upon me
to avoid the unseeable, unknowable horrors I knew were coming
the skies blacken and become angry as clouds loomed motionless overhead

Demons in disguise answered my unspoken prayers; my rapid descent into the realm of evil and suffering begins

I am forever lost vanished and forgotten , pricked by thorns of pain

I became the sweet sacrifice of my own shackled soul

Written by darkestdesires
Published 18th Feb 2017
Like This?
Poems by Author
Comment
All writing remains the property of the author. Don't use it for any purpose without their permission.
likes 3   reading list entries 0
comments 0   reads 850
Commenting Preference:
The author encourages honest critique.