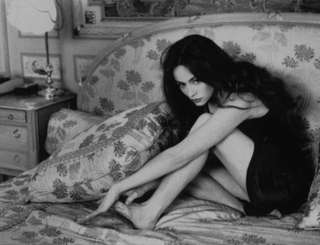 he goes to the clubs where the girls are very beautiful, or else they think
they are, & thus disguise their non-glamour with a mock arrogance of
makeup, so that even the plain girls reject him.

these fancy dancehalls aren’t his killing field, he figures, so he heads for
a divebar. he takes the stool next to a woman in long curls, brunette &
liquid. ‘Hi, I’m Rollo’ he says, which isn’t his name, but it came into his
head so he said it, & about falls over when she says her name is Terri.

they fall into easy conversation, & dance as a ballad of the old world
plays on the jukebox. neither of them being good dancers, they simply
sway languidly, enjoying the holding & the being held, which are
essential benefits of dancing.

the evaporating hours of the night find them sitting closely together,
touching in casual ways: his hand on her arm, in a blatant attempt to
be near her breast, which she is aware of but does not dissuade; she
with her hand on his knee, then his thigh, noticing a subtle stirring
beneath the fabric of his jeans.

when the bar closes, they’re not ready to part, & he….. well, he informs
her of his flight plan & she clears him for take-off. their one-night stand,
being a very private affair, can be summarized thusly:

a few hours later he awakes to find himself alone. there was no note; Terri
was gone & there was no trace that she had even been there. suddenly he
felt the old hurt rekindle inside him. he never wanted to love her this much.

( a girl of the briefest kiss, so deeply beloved  –
you leave us to wonder, Terri, what took you away?)

Written by JohnFeddeler
Published 2nd Aug 2016
Like This?
Poems by Author
Comment
All writing remains the property of the author. Don't use it for any purpose without their permission.
likes 15   reading list entries 2
comments 11   reads 1337

Commenting Preference:
The author encourages honest critique.
Re. too soon beloved
Kasai
2nd Aug 2016 9:48pm
'they found that lust is but a dying flame
upon a burning bed
and all the things that can be said of love
are never said '

So beautiful,such a lonely story.....

Re. too soon beloved
crimsin (Unveiling)
2nd Aug 2016 11:32pm
such a poignant write John love I've not the courage to express my love or lust..

Re. too soon beloved
whale
3rd Aug 2016 6:07am
Realist and stripped bare and driven by the insatiable - and yes hai karate was genius as well as the subliminal richness in the texture of the write

Re. too soon beloved
Jade-Pandora (jade tiger)
- Edited 3rd Aug 2016 8:17am
3rd Aug 2016 8:14am
Absolute truth in a story of the folly of the half- hearted and fruitless hunt that so many do and ends as so many do.  Not meaning to love the fleeting creatures gone before the flesh grows cold.

Re. too soon beloved
Ahavati
3rd Aug 2016 3:45pm
The walls we build around our self-defenses isolate pain
so much more than experiences, if they could but pass through us
vs being shoved into a room with a locked door.

Re. too soon beloved
Anonymous
5th Aug 2016 4:25am
Sir John, heart wrenching and captivating...so many can relate to this...you are worldly beyond years and I imagine you shall always seduce us with your poetry regardless of the content....such respect I have for you and your pen. With love always - Taryn xoxo

Re. too soon beloved
jaspersilence
5th Aug 2016 7:41pm
I'd love to ramble about how awesome this is...but it speaks,no screams for itself...heartdrop

Re. too soon beloved
Anonymous
10th Aug 2016 3:39am
I enjoy your narratives, which are so evocative and messily human. The bit of sly humour at the end of this one particularly appeals to me.