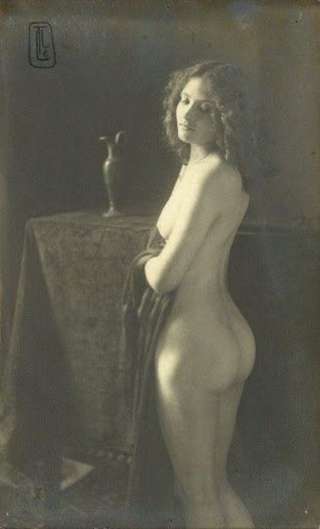 fury is the name of woman

‘She was a thief and a whore and a kept woman,
She was a thing to be used and played with.’
Woman With A Past.  Sandburg.


there was a woman
dragged herself out of the mud
hugged herself & cried.  cried it all out.
hot showered, & washed off the dirt, but not the hurt.

a woman loves once: deep, unkillable love.
everything else is companionship  –
loneliness without being alone.

she arrayed herself in leather, lace, dark eye shadow
jewels that sparkled like flecks of desire in men’s eyes
displayed herself in honky-tonks, road houses,
wherever there were men & money.
fine lusty figure of a woman
walking hell
made men want her bad.

(she never considered herself wicked;
Jesus loved Mary Magdalene, He would love her too.)

she saw his face on every man as she laid in his bed;
his body, his unshaven savagery giving her
the pleasure she stole.
that stanchion filled her as she squeezed on it
the g’s of her wanton flesh took to fire
she soared to the outskirts of heaven on a burning jetstream.

pagan affairs of the heart: defeated lovers
who cried ‘I want you baby, I want you again,’
then she walked away.  that was her revenge.
it was a funeral for love
but she never mourned…

she was a sexual outlaw
justified by her sanpaku tears…

Written by JohnFeddeler
Published 21st Mar 2016
Like This?
Poems by Author
Comment
All writing remains the property of the author. Don't use it for any purpose without their permission.
likes 26   reading list entries 5
comments 25   reads 1204

Commenting Preference:
The author encourages honest critique.
Re. fury is the name of woman
standingmyground
21st Mar 2016 10:21pm
Gutsy write, John, gutsy as all hell.
Many things have been written about
woman. As there should be, they move
the earth. I love how you took the word
and ran with it.

Re. fury is the name of woman
shellcollector
21st Mar 2016 11:44pm
"a woman loves once: deep, unkillable love.
everything else is companionship  –
loneliness without being alone. "

I am scared to admit this just might be true :) it is comforting to see what I have felt for so long written the way you did!

Re. fury is the name of woman
deadwolf
22nd Mar 2016 5:13am
Damn man, this write made it all worth coming online today... I read this one, and "Cognizance" by etroPal_noveD, both filling reads tonight for me, heavy does of reality, that one does not always care to admit it, but needs it... very well done man: Eddie

Re. fury is the name of woman
trouble8me
22nd Mar 2016 6:40am
Your interpretation of this character ( woman) and her feelings being masked by her actions is quite interesting. ( Of course, I don't know if that is what you were going for, but that's how it looked to me). It is nice to read something that tells a mans understanding ,or of ,how much understanding, he has concerning the opposite sex. *** Describing what a womans orgasm might be for an individual is so brave, coming from a man. ( I mean that in a good way)....=) nice write

Re: Re. fury is the name of woman
JohnFeddeler
22nd Mar 2016 8:47am
I'm glad you expressed your true feelings about this. she's meant to be a heroic character in a world where the female is most often the victim. a hero does heroic things ('heroic' in her mind) & has heroic experiences. the achievement of orgasm, the splendour of it, is a very individual thing; I can't offer an educated rhetoric on it, especially pertaining to women.

Do we come to poetry & literature to free ourselves from the absoluteness of the real world? I think we do...

Re. fury is the name of woman
crystalcolumz (-Shannon-)
22nd Mar 2016 11:39am
"Jesus loved Mary Magdalene. He would love her too." This single line is so rich and suggestive. The whole piece revolves around it in a way. I read it over and over. Excellent.

Re. fury is the name of woman
thepositivelydark
22nd Mar 2016 1:03pm
"a woman loves once: deep, unkillable love.
everything else is companionship  –
loneliness without being alone."

Ah, now I fear more of falling in love, sir!

(I had to Google what sanpaku is and came across one of my bipolar triggers, a famous personality who's a part of my girlhood and broke my stupid heart(apparently because of sanpaku eyes)! Panicked there for a second, sir, haha. )

Re. fury is the name of woman
crowfly
22nd Mar 2016 4:07pm
You fashion a tale of a femme fatale, or sexual outlaw, with true eloquence, class and tough guy attitude.  It's a difficult balance, managed beautifully here.  I'll have to look up "sanpaku" though...

Re. fury is the name of woman
jasmine88 (Jasmine Moore)
22nd Mar 2016 4:54pm
(she never considered herself wicked;
Jesus loved Mary Magdalene, He would love her too.)

^^ because of these particular lines i read this piece twice to get the gist of the suggestion with religious undertones.
I'm not sure if the suggestion was intentional but nevertheless it was cleverly inserted to suggest the guilt that most women inflict themselves of the mortal bodily pleasures.

Re. fury is the name of woman
poeticDesire
22nd Mar 2016 10:15pm
"walking hell" that alone made made me read this all over again..Expertly Crafted Ink  John ..I truly enjoyed

Re. fury is the name of woman
tommielynn (Tommie Lynn)
23rd Mar 2016 2:36am
pagan affairs of the heart: defeated lovers
who cried ‘I want you baby, I want you again,’
then she walked away.  that was her revenge.
it was a funeral for love
but she never mourned…

^^^^This is magnificent ^^^^
Wonderful writing John, I really enjoyed this one.

Re. fury is the name of woman
whale
23rd Mar 2016 8:33am
Unforgiving without a search for forgiveness and relentless without repentance
This write is true right - I know I've seen those unsettling eyes and settled with them
Great work JF

I enjoyed this read and there were some knock out lines here because of the feelings they brought up in me ...

'a woman loves once: deep, unkillable love.
everything else is companionship  –
loneliness without being alone.'

'it was a funeral for love
but she never mourned…'

Re. fury is the name of woman
jemac
23rd Mar 2016 10:43pm
A beautiful and interesting perspective....very intriguing write JohnFeddeler...

Re. fury is the name of woman
HowlingWhelms (Noire)
24th Mar 2016 3:53am
You always guide us to
your room where it all
happens..

Re. fury is the name of woman
etroPaL_noveD
24th Mar 2016 11:49pm
Awesome write John! Love how you capture the womans character and emotions so well. Just so well conceived.

'hot showered, & washed off the dirt, but not the hurt.'