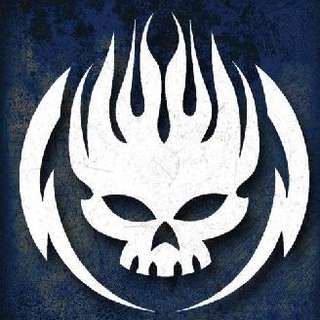 Everyone has their own time
And sorry if you have your own opinion
But your opinion is wrong
Because I’ll bleed my heart out
To reminisce of the black parade tour
Shit head kids never understood
Emo wasn’t a band, it was a style
The music was wild and crazy
No one cared about anything but singing for the moment

It was good to live through my generation
Guess its all perspective but
It was cool to feel low, not taking it to serious
Pop punk was where it’s at
Not everyone was so hung up on titles
Living life was a piece of every word we spoke

Never thought I would grow old
Guess I still have some growing to do
At least that’s what they say
But I still feel as young as I ever did
I was never hopeless, or killing myself
All because I had an outlet
In every song, I sung along
Taking all the things I learned
And applying them when I write

Written by DevilsChild
Published 16th Dec 2015
Like This?
Poems by Author
Comment
All writing remains the property of the author. Don't use it for any purpose without their permission.
likes 3   reading list entries 0
comments 2   reads 696
Commenting Preference:
The author is looking for friendly feedback.
Re. Entitled
SURVIVOR
17th Dec 2015 4:19am
Definitely took me back! Music is so fucking awesome📻📼📀🎵🎸🎤!!

Re: Re. Entitled
DevilsChild
1st Feb 2016 3:05pm
Sorry it took me so long to reply to you 😓 Usually in pretty good with that. Just been away for a bit I guess.

But yeah, I loved the music from my teen years. Great time for punk rock music.