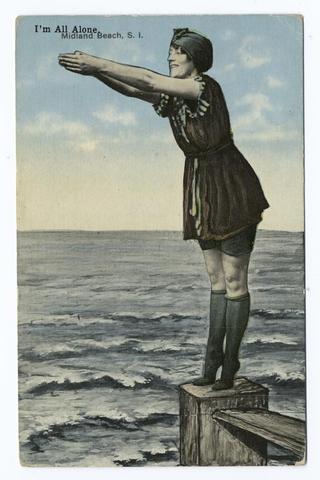 
Leaping of the edge of the cliff

A swimmer's grace in my swan dive

As I hit the plane of shimmering clear

Hitting hard in crumble of my bones

I fail to submerge,

or even break the surface

I lay on the surface, bloodied, like some twisted Jesus

In the reflection of a bruised face

I need to know what the fuck I am

After the fall there is only crawling

Slithering my way to shore

Snake-like with tendons no longer connected

I scratch my way foreword as random fingernails chip off

There is little give in the gravity of my delirium

Finally inching my way to a square of concrete

In my weakened state, lacking strength of movement

Throwing my self on to the plateau in a feeble roll

Then a second unnatural phenomenon occurs

I drown into cement

Written by Dragonyear
Published 3rd Apr 2011
Like This?
Poems by Author
Comment
All writing remains the property of the author. Don't use it for any purpose without their permission.
likes 4   reading list entries 0
comments 10   reads 878
Commenting Preference:
The author encourages honest critique.
Your
Anonymous
3rd Apr 2011 6:46am
poems are so elegant and graceful.
How do you do it :]?

I love the title, by the way.

I am always joyous when you read my work, your one of my favorite poets here

re: r.e
Dragonyear
4th Apr 2011 8:08am
thank you kindly, really appreciate you stoppin by for a read

Read poems by Dragonyear
KS
KingSchmoe (wangzijie)
8th Apr 2011 9:02am
Great poem DY, I always enjoy reading your work.
"I need to know what the fuck I am" That line was probably my favourite.