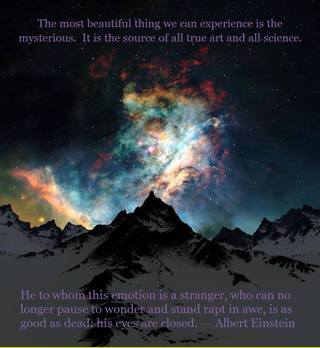 
The Cartoon Laws of Physics are originally known as "O'Donnell's Laws of Motion.  Explanations are easily accessible through any standard web browser, or, by observing life in laughter through the eyes of a child; innocents age and incidents may vary. A background story for my first induction:

Gravity took over faster
and faster in one movement, only
my face was in the mud, and
my knees were aching,  thud!

Why are you laughing!

“I saw it all in slow motion.  You stepped on the board covering the mud, and in this crazy like banana peel move, you went forward as the board was slipping backwards, perfectly stiff, causing your face to go perfectly Splat….!   That was great, Mom!...Why didn't you let the groceries go though, you would have at least saved face?”

This was not my impression of the incident, it happened too fast to react; all he could do was laugh.  The internet is a lot like cartoons; someone’s always trying to fix someone’s little red wagon.   I’m writing my own set of cartoon physics; for I too, will soon be taking over the world, and forsoothingly whipping this kid’s ass.  I assure you it’s what I wanted to do, in my mind, in time; all in good time. This might be viewed as "terminal velocity" I think, but I haven't thought that through yet.

Hubble’s law: The law states that the red shift in the spectral lines of distant galaxies increase with increasing distance. For instance, if we plot the recession speed of a galaxy verses its distance from the earth; we find that these quantities are proportional.  According to Einstein’s special theory of relativity, the ultimate limit that anything can have is the speed of light; this is unapproachable. It can only be humanly achieved through observational effect at 1% short of this, resulting in a cartoon with a running rabbit.   Suddenly, Sam appears in his vehement costume and pulls the chosen deterrent on the pesky varmint; Bugs had stolen the loot again, – Bastard! Ultimately undermining the asinine cleverness of building a fortresses in the middle of the desert.

Get his ass Sam!

Yet, the faster Sam was traveling as per his momentum, the faster Bugs was clicking his heels in the distance, yet neither one of them we’re going anywhere, approaching speeds at near zero at times.   Never send a monster to do the work of an evil genius! Water, water every hare I love the Ancient Mariner!

"Animation follows the laws of physics—unless it is funnier otherwise."  –  Art Babbitt

A very special thanks to my friend, you can recognize him anywhere, he's the one with big cast iron saucepan flipped over his head. ╰☆╮

Written by Pishashee
Published 6th Jul 2014 | Edited 7th Jul 2014
Like This?
Poems by Author
Comment
All writing remains the property of the author. Don't use it for any purpose without their permission.
likes 9   reading list entries 2
comments 18   reads 633

Commenting Preference:
The author encourages honest critique.
Re: Hubble's Constant
Comrade
6th Jul 2014 10:49pm
Love the intellect in this. Vary talented. I think Sam and Elmer should get that damn rabbit in a crossfire

Read poems by Pishashee
Re: ☆╮ Hubble's Constant╰☆
dartford (Paul S...)
6th Jul 2014 11:27pm
My favourite cartoon law is
that the hunter will always
get blown up or battered or
generally beaten...

and the hunted will never
get eaten..:)

re: Re: ☆╮ Hubble's Constant╰☆
Pishashee
- Edited 7th Jul 2014 8:08am
7th Jul 2014 7:37am
For every vengeance there is an equal and opposite re vengeance?  I might have to write that meself... :) idunno.  And then of course there's that one that states, when you poke your shotgun in the hole and shot it, it always comes up behind you and shoots you in your own ass. I know this be the truth because I've studied event horizons of Black hOLES.

Read poems by Pishashee
Re: ☆╮ Hubble's Constant╰☆
DiscipleofLife (Fenom)
7th Jul 2014 2:16am
Another great mix of what you're best at, science, humor, and writing...

Read poems by Pishashee
Re: ☆╮ Hubble's Constant╰☆
drunkenplaywords
20th May 2015 4:53pm
My reaction from reading the first line made me think of Disney's discovery of "squash and stretch" and "anticipation". You have to slow the animation down and make the audience aware of the upcoming action.

I love that you invoked Bugs in this. :)

This was a fun read. I must say, I relate well to animation physics as they were a large part of my upbringing. Both Warner and Disney. I think once, I thought I could run faster by bringing my body back first and then using that small bit of momentum to get a head start.

Re. ☆╮ Hubble's Constant╰☆
SatansSperm
28th Mar 2016 9:59pm
no matter may reach the speed of light....no matter we shall observe the twinkle off the quicksilver & smile...I like the other end....that glass is a liquid yet you cannot swim in it....

Re: Re. ☆╮ Hubble's Constant╰☆
Pishashee
- Edited 29th Mar 2016 4:41am
29th Mar 2016 4:38am
That made me think of Jules Verne and Mysterious Island.   The sea is filled with energy unharnessed.  Only the moon and the wind knows.   It is hard to yield understanding from it isn't it?   You just have to feel it.   So many greats, so many thanks to these men of science, and the woman.  All the explorers and all the writers that promote scientific advancement.  We can never go backwards in time to ununderstand the feather magnified and return to the garden of Eden.  It is the best tool that we will ever have.  Light, energy, mass, movement, the arrow of time, and creation.  The effects of irreversibly.  And sometimes it sucks when we find out how much time we've wasted when we make that one discovery for ourselves. The one that I can never quite describe.   You know what science told me the most? It told me that we're all alike on the inside.  And no amount of anything that man creates could ever change that.  And that life has been a chain reaction from one particular point of a carbon12 nucleus worth 8.72 million volts of energy.   That's a lot of lightening and its still going strong.  The shot that's never heard that wraps all the way around the universe and back again; we can never catch up to it.

I think that sometimes when it passes perhaps, whoever might be looking in the right place at the right time - it catches their brain on fire.     I could die in that sea of tranquility with a smile bolted on my face.   :)     It makes me happy to share it.  :)

Science is truly is a blast.   Thank you so much.

Read poems by Pishashee
Re: Re. ☆╮ Hubble's Constant╰☆
Pishashee
29th Mar 2016 5:03am
Sorry to be so chatty but I could talk to the nines on it.  Its just really a wonderful; thing; science is.   This has been a great ending to the last day of Spring break for me.  Thank you for reminding me and giving me a chance to talk about it. Someday I want to get back there.  I just love it.  :)

Gravitational waves
It took two black holes
to dance to the death
in a ballroom
1.5 billion light years away
& our most sensitive equipment
to detect it

what does it take for you to notice me

I wrote this after the discovery...love to share it with you

Read poems by Pishashee
Re: Re. ☆╮ Hubble's Constant╰☆
SatansSperm
29th Mar 2016 6:40am
the pleasure is all mine

Re. ☆╮ Hubble's Constant╰☆
SatansSperm
29th Mar 2016 5:06pm
"The sea is filled with energy unharnessed.  Only the moon and the wind knows. " this is a love poem to the power ofa woman....

Re. ☆╮ Hubble's Constant╰☆
DanielChristensen (The Fire Elemental)
1st May 2016 6:02am
I fucking love it. The transition from science lesson to life lesson is so engaging. This made me smile. Namaste. :)

It is indeed a matter of scales, perspectives. A tear drop contains an ocean of life, there is an infinite void within the confines of a single atom. Is it a void or is there something we do not, as yet, perceive? All we know about dark matter is that it does not reflect light and has mass. Hence the designation. It is awesome to contemplate what there is yet for us to discover and how far we have yet to go.

for your awesome and ponderous statement;
I wrote a poem a few weeks ago and it echoes it
so completely as some missing pieces,

I'll try and find it as to the infinite void of my mind.

also we can say, this is an atom
it was not created by man
and therefore cannot be understood,

except to say, wave/particle particle/wave

this is an atom, and its all that matters, really.  :)

But in the exploration of universal truths
and yes engaging in that...

The atom is as big
as the Taj Mahal
and you can go in and decorate it
any way you want
if you stay true to the laws of physics.