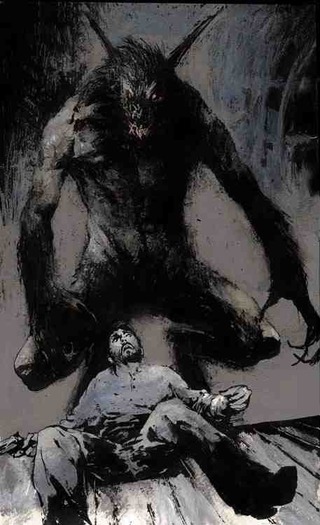 I knew it was close
Quietly stalking
"Come out and fight!"
I yelled at it taunting

I loaded my last round into the rifle
Quickly losing blood my breathing got stifled
Reflecting the fire, it's only good eye gave it away
Another volley coming and I was ready to play

Written by Krosgood (Violence)
Published 1st Jun 2014
Like This?
Poems by Author
Comment
All writing remains the property of the author. Don't use it for any purpose without their permission.
likes 2   reading list entries 1
comments 2   reads 648

Commenting Preference:
The author encourages honest critique.
Re: Lycanthropic winter (part 1/2) -The rise and fall
HadesRising
1st Jun 2014 10:37pm
this is great. Really fantastic. Can't wait for the next one