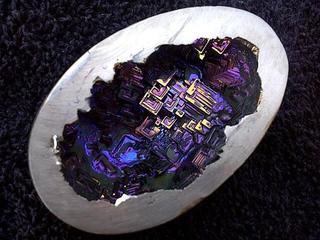 Inside The Bismuth Egg

The fish and the fawn


The fish and the fawn


The fish and the fawn

As cells divided and became one again
thoughts and feelings of a fish and fawn
began to surround and imprint
on every aspect of what was being created.
The stars and heavens and even the hells of every
dimension needed this being
balance would born in a human girl, (well sort of human)
a girl who will be guided by the fish and the fawn
she would walk a karmic path Shamans could only hope to reach
in death. She will be transcendental energy in the flesh.

The fish took her hand and lead her to the fawn
grins were exchanged and a walk was taken.


Trees made chime like noises, words were not needed
for everything she would need to know was there on the walk,
there ready to take her hand and show her the path
each and every path
for she would walk many.

not much more than a mere mortal looking human girl
she would bring the pain of so many to the forefront of
every mind, waking or asleep
the fish and the fawn will be there beside her
eternity has given birth to the three.

The fish asked the girl "would you like a name"
the girl tilted her head and thought about it of a moment
"do you have a name" she asked, the fish grinned
and proudly said "yes I do, It is Akakios!"
she turned to the fawn and asked the same
the fawn replied with "my name is "Adelpha"
the girl seemed to like both and then asked
"how did you choose your names?"
the fawn answered her "they were given to us"
then the girl said "well then, please name me"
the fish and the fawn thought about it momentarily
then at the same time they both said "Amrak"
the girl ears liked the ring of it and so it would be
Adelpha Akakios and Amrak
balance born of the epochs.

Inside the bismuth egg is a maze
one every human in every dimension walks
they might not know it but they do.
If they happen to get stuck inside the bismuth
and become trapped never finding their way out
never finding a better way
never seeing the exit when it was right there
that is when the three are sent out for a name
a name that can be placed on a tree in the middle of the
bismuth egg, a tree of death it sounds harsh but
it is balance
there is also a tree of life those names just get exchanged
some sooner then they should have but life
is funny that way


Amrak awoke to two owls taking her hands,
she is going to walk her first path tonight.
out of the egg and into the bleakest night she finds herself
on a wooden porch her ears begin to ring they are filled
with screams, angry vile words.
the owls watch and listen from the tree above
they too are bothered by the shrillness of it all
the mans voice gets louder and he screams "MUTT"
and a yelp is heard as it echoes down the dark street
Aramk approaches a small window, she has to pull herself
up to see, her eyes ffind a medium sized beast, a dog huddling
in a corner she sees the man rush upon the dog and kick it
the dog falls against the wall and is just a heap on the
floor. Amrak has enough and with a heavy hand knocks on the
angry mans door.

"Hello? sir? hello is anyone home?" she knocks again
the house falls silent and she hears a "what do you want girl"
I'm lost sir I'm looking for direction, perhaps you
could be of some assistance?" the man unlocked his door
and Amrak pushed past the man into the house, the owls
flew closer to get a better look perching in his living room
window. "what the hell are you doing coming in here like that"
the man asked in an angry tone he grabbed the girl by her arm
and began leading her back towards the door, she pulls away
and grabs the angry man by his neck squeezing it and lifting
him off the floor, she threw him into a corner. the man was
shocked by the girls strength she was strong maybe 10 men kinda
strong, he laid there in pain, shock and dismay.

The beast the man hurt was trying to get up, Amrak shook her
head in disgust the owl flew near the beast and whispered into
his ear, the dog relaxed, closed his eyes and returned to where
he was, crumbled in a corner. Even after all the man had
done to the dog the dog was still loyal and wanted to protect him
this saddened Amrak, she got on one
knee and got close to the mans
face and she began "You see what you have done? no, you
you are blind that dog was still going to protect you after
all you have done, that dog beaten and bloodied by your hand
was still on your side, does that make you feel nothing?,
do you truly have no heart? the angry spit in Amraks face
the whole room fell silent "what is your name sir?"
Amrak said angrily while wiping the dribble from her face
he said nothing he only smiled.

She took the man again by his neck and punched him in
the ribs, several times as hard as she could
the man tried to spit on her again, but she smacked
his face the other way, he was unsuccessful
"how many other dogs have you beaten sir?
how many creatures must pay before you realize a wrong?
what about your wife Amber Jean? hmmmmm what did
you do to Amber Jean, did you beat a baby out of her
did it die here in this house on this floor?"
the man stunned by the girls words was speechless,
some would say rightfully so, he just stared into the girl
wondering who she was.

Amrak let him fall into nothing on the floor
she whispered into his ear "right here sir your son
the one you killed the one you beat before he was even born
your only chance at a child bled out of your wife and right
on to this very floor, how much blood has this wood floor
seen? how much pain have these damaged walls absorbed?
the man whimpered and screamed "FUCK YOU,FUCK THEM"
Amrak smacked his face and took his neck and said "your name!"
"now! I have no patience for you, you are a monster!"
the man looked to her and said "who are you to judge me?"
she felt the room get cold and the front door swung open
the fish was now in the room, the fawn was right behind him
"amrak took the mans weak neck and rung it dry
she spoke into his ear and to his soul
"I am Amrak I am Karma I am Fate And I am Destiny!
you are being freed from the maze, from life give me your name!"
the fish looked in the man and the fawn looked in his heart
the girl looked into his nothing and saw his name
she pulled at it and called to it and before the man knew what
was happening his throat began to open up and no matter
how hard he tried to force the words back down he could feel
them creeping up, his tongue began to kick and lash
he began to choke as they all do and oh how
this man fought to keep it from coming out, but the words
needed release the word began seeping from his bitter lips
PAAAULLLL ROOODERS feel out in a sort of scream whisper
the owls gathered the name and the flew off into
the bleakest night taking his name and placing it on the tree
of death.

The fish and fawn and the girl watched the owls until they
could not be seen anymore.
the dog the poor beaten beast still lie on the floor
bloodied and bruised, Aramk gestured for the beast to come near
and he tried to get up and slowly he did, he limped
over to the three, looking for mercy and they granted him such
the fish kissed the paw of the dog and he limped no more
the fawn kissed the head of the dog and he bled no more
the girl kissed the soul of the dog and pain would never
find him again.
the dog was very grateful for the arrival of the three
Amrak pet his head and he looked into her eyes
she turned to Akakios Adelpha she asked "can I name him?"
"of course you can" with that she called him Etaf he to
would find his place inside the maze crossing many dimensions
and walking many paths too.

Written by nikkimoe
Published 26th Nov 2013 | Edited 27th Nov 2013
Like This?
Poems by Author
Comment
All writing remains the property of the author. Don't use it for any purpose without their permission.
likes 7   reading list entries 1
comments 10   reads 897

Commenting Preference:
The author encourages honest critique.
Re: Inside The Bismuth Egg
Anonymous
26th Nov 2013 8:42pm
You have created a new kind of fairy tale here Nikki!!!!which is a mixture of many things. On its own it is also unique, what a tale, somehow much of this sounds greek,indian myth is in it too... I wonder what inspired you

re: Re: Inside The Bismuth Egg
nikkimoe
26th Nov 2013 10:24pm
Thanks Mourganna I've been writing stuff about bismuth eggs since I was a kid I've always been intrigued so I make up worlds which reside inside the egg and see what happens :) thanks for reading

you are a creator

Read poems by nikkimoe
Re: Inside The Bismuth Egg
case28 (Alexander Case)
28th Nov 2013 10:22pm
This is so intense... I think your story poems are awesome, so dark, haunting and mysterious. The worlds you create are like a parallel universe to a David Lynch creation. It's pure art, Nikki!!!!

Read poems by nikkimoe
Re: Inside The Bismuth Egg
Atakti
29th Nov 2013 6:01am
Growing up, my favorite stories were drenched in justice. They scratched an itch that reality fails to reach. Your themes do the same, in this series. Just keep scratching my chin, I'll purr...

I had to look up Bismuth eggs - I can see the fascination there...

Re: Inside The Bismuth Egg
LokiOfLiterati
30th Dec 2013 00:34am
You should re-write your own Bible.