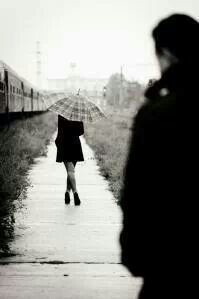 Time had passed and even though you were distant your life was meant to be seen online.
Just to guess it looks like you're doing fine.
Like the end of a good movie everyone left forever satisfied after the last time.
Nobody knew each other enough to cross the line.
Too much of a good thing could end in dark colors.
What if it could happen again?
Risks of it ending different almost forces everyone to stay where they belong.
Not completely caught the escapes over there.
Dangerously good those times left that effect.
Like a tape being played to the end it was time to hit eject.
The tape was given back without pressing rewind again and again.
Let's remain stored on somebody's shelf to never be dusted off.
Changes may cause us to never see each other again.
Honest to ourselves that's okay.
Here is an example of when cold defeated heat.

Written by ClearmindedVillain
Published 11th Oct 2013
Like This?
Poems by Author
Comment
All writing remains the property of the author. Don't use it for any purpose without their permission.
likes 1   reading list entries 0
comments 0   reads 889
Commenting Preference:
The author encourages honest critique.