Now that the Christmas solstice,
Suffering has come to past
Prepare for the Spring Equinox
Tiss the time of depressing Lent

Then, like Christ during Passover
Enjoy your last tasteless supper
Of bitter herbs and boiled meat
Before we walk the trail of somber

I went to the apothecary, because I contracted something quite scary, from a Venetian girl named Mary. I thought she was innocent like Romeo's Juliet. 💞
Hell No!😠 Instead, the witch gave a dose of panty crickets. 🦗  I asked him if had a cure for the itch I had down there?😳 In my jungle of tight curly hair.

He said, "I did have something, but there's nothing left of that something, so how about I give you something else in exchange instead?  For the same price as an elixir, I'll set you up with a shaving mug and a straight razor.  Just shave...
#love   #sex
#drugs   #illness
Read Poem
59 reads
7 Comments

To you I pray. This coming year, please send true love my way.

My expectations are few from what I ask of you. She needn't be pretty, or sexy, nor culinary nifty.

She doesn't need to be an intellect like a doctor, lawyer or poet. As far as her temperament, I have no expectations, as I'm very tolerant.  I just ask that she be one thing; rich.

For I am tired of being a poor Son-of-a-Bitch!
#love   #relationships
#romantic   #money
Read Poem
56 reads
4 Comments

Coming in 2020 will be changes a plenty.
Katie Perry will get remarried.
Taylor Swift will have another hit.
Miley Cyrus will get hitched and have a baby named 666.
Misogyny will show its ugly head when a female politician is assassinated.
The oceans will rise higher. The earth will get hotter.
But despite dire warnings fools will still deny, global warming.

Now I'll make my finale prediction.
There will be a shocking revelation that our President has a cocaine addiction.
#politics
Read Poem
83 reads

Sisters of the Desert

I write to please
A selfish need
I write to relieve
Anger, loneliness, illness
Writing grants me release

With ink I choose to bleed
The pain inside of me
Writing is a catharsis, indeed
#anxiety   #bipolar   #LifeAsAWriter   #illness   #apathy
Read Poem
132 reads
15 Comments 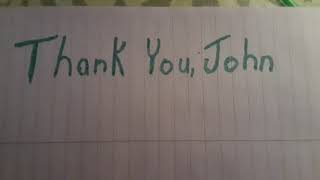 I've said I'm sorry so many times before
So of course, I'll say I'm sorry once more
But according to the Love Story's, sweet Ali
"Love is never having to say your sorry"
So, does this mean you don't love me?
Or maybe it's you who owes me an apology?
#love   #regret
#relationships   #FallingInLove
Read Poem
115 reads
10 Comments

War is the spawn of Hate
Love is the Angel of Peace
Only Love can defeat Hate
So, here is all we need do
To rid War and let Peace rule
Love and forgive others
As you would have them
Forgive and Love you
#hate   #war
#peace   #lover
Read Poem
122 reads
10 Comments

BROTHER OF THE HUNT

He, with cunning and speed
I, with sharp flint and long wood
Together we conquered the prairie
And every forest that stood

Today, like him I am loathed
For being a deer hunter
So...
#forest   #dogs
#environment   #animals
Read Poem
109 reads
14 Comments

My fancy
My ultimate fantasy
Is to make love
To a woman
So vigorously,
Completely,
And Satisfactory
She feels compelled
To pay me