They vanish with the virus

They vanish with the virus

There is a clanging to our living,
gongs and chimes accompany us,
a tangle of the said and loud thoughts,
bedlam and babel announce us
as we enter rooms and other people's lives.

But there is no swoosh, no poof, no wake
of rustling, no feathers, no pandemonium
when people vanish with the virus,
he was beside you with the purr and murmur
of fondness and then no longer.

We know them, their names rolled out
of our mouths like beautiful and mama,
their cheeks we have palmed and pinched, ...
#death   #pandemic
Read Poem
49 reads
9 Comments

The shy and the sensitive,
that was said of us, the sort
that withers in soirees and dances
between boys and girls' schools.
There were men made for these,
they would go party-hopping
before deciding which combo
they preferred, where to preen all night.

The room would be lined with chairs,
everybody sat with their backs
against the wall -- except these men,
they do not slouch or sit, for they were
comfortable in their swagger,
the room was mapped by popularity:
a forest of the...
#school   #dance
Read Poem
59 reads
7 Comments

It is never really dark,
there in the room where the girl
sobs without sound confiding
in a pillow gripped tight
as a person, she is slumped
against the wall in the dark
that she wishes were darker,
wishing less of the world,
wishing the thunderstorms
climbing up the stairs will walk
past her room and the houselights
will not seep under the door.

You cannot see the face
of the girl in the dark room,
only that it glistens when
she moves, when she hits her head
against the wall as she sits, ...
#sadness   #suicide
#God   #despair
Read Poem
82 reads
5 Comments

Guarding the house is a dark green grass
clambering about, threatening to swallow
the wrought iron gate; thinking it trellis,

there is a mottling on the bedroom wall,
designed by the moisture in the air,
flourishing but only if I look away,

the crack on the red wall of the dining room
is longer or it seems to be longer
when lit by the amber afternoon sun,

At some point in our aging, failures fade,
each one, from sight and from care.
soon enough, and kindly, they disappear.

I am imagining I am
ensconced at the back of the car
on my way to grapple with the day,
there is a current of air on my knuckles,
the cold reaching into the recesses
between bones, the fingers complain,
the mind is an indecisive bee,
alighting onto this problem and that,
hovering over the nightmare I woke to,
sleep has been like this new style
of swimming, you try to trouble
the surface as little as possible,
you make the smallest of waves,
you do not sink to the dark parts,
never the head above the...
#pandemic
Read Poem
37 reads
4 Comments

The God of High Noon

I smell your existence, sometimes in the souls of leaves
rising from an invisible fire started and kept alive
by a neighbor, assigned by ritual to keep
a few square meters of the world tidy, I hear you
in the warbler in the shedding tree near my window.

I see your thinking as I wallow in the Saturday calm
of frozen trees, there are no children in the park,
'Udtong Daco', your sun claims the midpoint of the day
as unhealthy, makes the swing seats and slides
untouchable, keeps people indoors for the sake of sanity.

Living at Home in Covid Climate

There are furrows on the wooden floor
deepening daily running from bed
to bath to breakfast table deeper
where I pivot on my heels to switch
on the desk light and overhead fan
like the furrows of a rice paddy
but on narra wood and deepened daily.

Later I will kneel beside her bed
to wake her but always for a while
I will watch her sleep, her small breathing
the trough on the floor leads and stops where
there is a deeper recess shaped and smoothed
where I kneel to watch her smiling
in her dreams...
#love   #pandemic
Read Poem
35 reads
2 Comments

I am the Chest of all Men 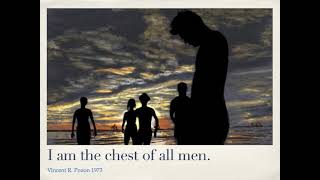 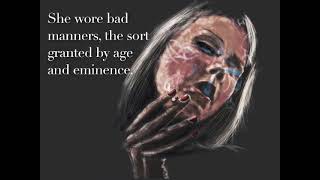 The Day after the Inauguration

As with all things mighty, this started small,
negligible, a shade of blue infected
the horizon in slow, no, sluggish motion,
something large happened on the other side
of the world, and the blue bled from behind
the skyline, the day that comes before ours.