Should Donald Trump be removed from office now?

Should Donald Trump be removed from office now?

This needs investigation, as you say.

We can agree! Unity! It doesn’t matter who she worked to get elected. It’s election fraud. And enough to undermine faith in elections, knowing how easily there are many more doing the same and even changing the outcomes of tight races. 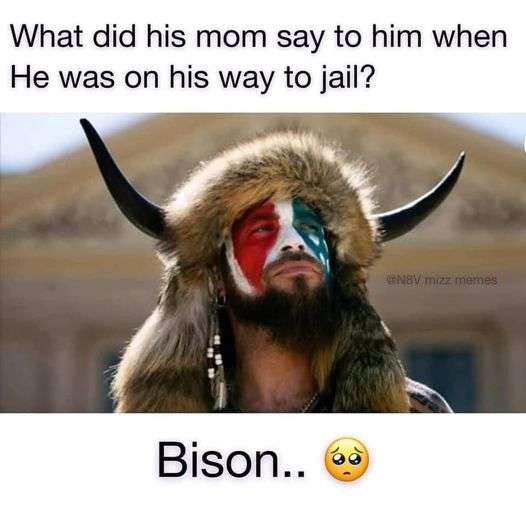 Ahavati said:Okay I laughed.
She was in cuffs next to him 🤷🏻‍♀️ Um lol

I thought the only thing funnier than seeing this shaman’s photo-op was watching the AJ show interview him.

Quickly realizing this is a religion to him, he began losing it. Finally screaming that this “Q-tard” and his friends ruined a ten day opportunity for hearings.

Joined 8th July 2020
Forum Posts: 3
All lies in jest.  Still a man hears what he wants to hear and disregards the rest. 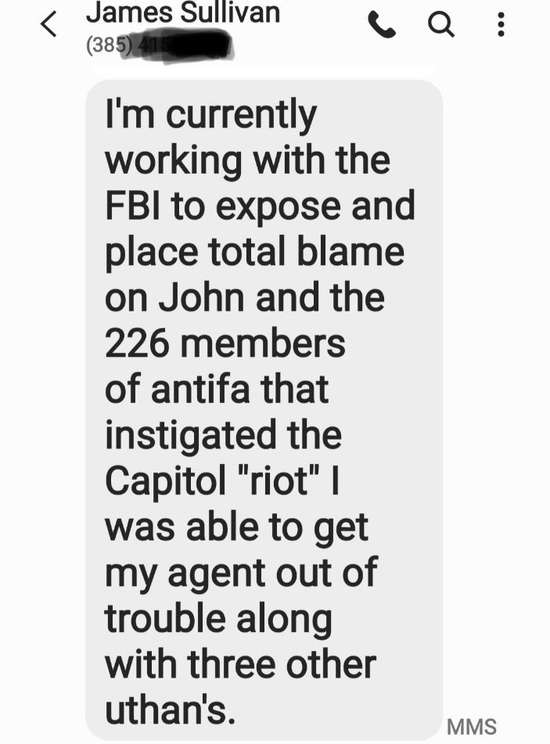 https://youtu.be/mlvo4ioB5P0 This is live footage of the rioters beating an officer 👮‍♀️ that day was just horrific !

If this is all the voting fraud that can be found,  in my opinion,
kind of shows there wasn't much fraud out there.

" According to the NBC News affiliate in San Antonio (WOAI-TV), Project Veritas, a far-right activist group founded by James O'Keefe, released a heavily edited video of Rodriguez in October in which she claimed several candidates paid her to perform a variety of acts of voter fraud.

WOAI-TV also reported that Rodriguez claimed she lied about what she said in the recording.

"I don't care again what party you are, I'm non-partisan," Rodriguez said in an interview with the interview-based web show Carpenters Apprentice. "I feel horrible about that because reality is that I lied. I lied about a lot of stuff. Just to make sure I was enticing them just enough to find out what the bottom of this was. They asked for a proposal, I gave them a proposal."

Project Veritas did not disclose its identity when recording Rodriguez but simply told her that it was seeking a consultant for an upcoming San Antonio City Council race, according to WOAI-TV.

According to the San Antonio Express-News, the video also shows that Rodriguez asked an elderly woman if she "meant to check the box for Republican Senator John Cornyn, since she previously had indicated that she wanted to vote only for Democrats."

"What Project Veritas published was a conversation between relatives and a serious breach of privacy," Rodriguez wrote. "While I made false statements to the operatives in order to confirm my suspicions and further my own investigation, I did nothing illegal or unethical as implied by their edited video," she said.

While I made false statements to the operatives in order to confirm my suspicions and further my own investigation, I did nothing illegal or unethical as implied by their edited video.
Raquel Rodriguez
The San Antonio Express-News also reported that Rodriguez was a volunteer for Republican congressional candidate Mauro Garza, who challenged Representative Joaquin Castro (D-Texas) and lost. Garza told the San Antonio Express-News that he welcomes an investigation and that Rodriguez no longer was serving on his campaign without explaining why.

"I can tell you the allegations she made regarding me are wholly untrue," Nicole Garza said in a statement in October. "I am deeply troubled by the notion that someone could simply make a false statement about me (or anyone else) on video, and that no one would take the time to ask whether the allegations were true."

The San Antonio Express-News does not mention that Rodriguez was working on behalf of Biden or has any affiliation to Biden.

A similar accusation was made in November against Dallas Jones, who was hired as Biden's Texas political director in September, according to Reuters. Social media users claimed that Jones was arrested for voter fraud, but Reuters found no evidence of Jones' alleged arrest and was told by a Biden spokesperson that the social media claims about Jones were "laughably false."

Now, Rodriguez is being investigated for a variety of forms of voter fraud, including vote harvesting, which is when a third party collects absentee ballots from voters' homes and drops them off at a polling place or election office.

According to the Texas Public Policy Foundation, "in Texas, vote harvesting is illegal, at least to the extent where state law prohibits a voter's absentee ballot being completed and mailed by someone other than a close relative."

If convicted, Rodriguez could face up to 20 years in prison, according to Paxton's statement. The arrest was based on "dozens of hours of unedited, raw footage" reviewed by the Election Fraud Division of the Office of the Attorney General.

"This is a victory for election integrity and a strong signal that anyone who attempts to defraud the people of Texas, deprive them of their vote, or undermine the integrity of elections will be brought to justice," Paxton said in a statement.

"The shocking and blatantly illegal action documented by Project Veritas demonstrates a form of election fraud my office continually investigates and prosecutes."

There is no evidence that Raquel Rodriguez has any affiliation to President-elect Biden or that she was committing voter fraud on behalf of Biden. Texas Attorney General Paxton is investigating Rodriguez involving multiple forms of voter fraud.

He'll leave the White House with no hiccups. Just watch.

We can only hope!

If this is all the voting fraud that can be found,  in my opinion,
kind of shows there wasn't much fraud out there.


Number 1 that’s like saying seeing 1 cockroach in broad daylight means there aren’t many.

It really wouldn’t take that many bad actors to overcome the margins of victory.

Number 2 your article is not addressing this fact. It only addresses what Veritas DID already which is she is working for a smaller official and covered for it by saying she was working 4 Biden, which is obviously a cover-excuse in her highly red state.


It's probably code for "reptilian overlord".