Val, I started a thread for Letters from an American by Heather Cox Richardson. If you want to know where the national guard was. . .read today's post. It should enrage you. 👍❤️

On the flip side which says nothing against the officer but where was the tear gas , where were the rubber bullets where were the riot shields .
They had to have known something was brewing yet the authorities sent these men out unprepared
Shame on them
The officer killed in the video appeared to not have much riot training
Where was national  guard?

To compare this to Ben Ghazi is horribly wrong I don't care if he was only comparing the numbers killed
It was unnecessary
Did he chastised Hillary? She caused the tragedy at Ben Ghazi

Appalling and intolerable behavior by the rioters

I am not a fan of this kind of reporting and even if every word he’s saying is true, his demeanor puts me off.  I sometimes wish that people from both sides could sit in my head for just a moment and listen to the way they each sound exactly alike.  It reminds me of online debates between Christians and atheists; before too long, it’s really hard to tell them apart.

But that footage hurt to see, no matter what side of this craziness you’re on.

I personally have zero political affiliation at all; I believe that there is no way into our current political system without at least pawning your soul, if not selling it outright.  I don't think there are politicians in this current landscape who aren't mucking in corruption up to their elbows, Biden included.  I think all politicians are situational liars and, while I believe that there are many holding political office right now who want to do the right thing, I also believe that at the end of the day, the right thing is definitely going to compete with ambition for power and the need to hang on to that power, and that the right thing will lose a lot of the time.

I believe in gathering as much information about the people who make decisions on behalf of all of us from sources on all sides, not just ones that make me feel good and justified in my own beliefs. Then, I remind myself that it still isn’t the whole picture, so I make a point act and to and vote the best I can and advocate for changes where any of my fellow humans are not being cared for fairly or equally.

I grew up in the 80’s watching Donald Trump give condescending interviews,  make vulgar and sexist remarks to reporters, and make very public comments about very young women.  I lived in Florida near the ultra-wealthy Palm Beaches and he was well-known in my area.  I despise him because he is a horrible human being, and he showcases the worst of what we are when our egos are left unchecked.  He is selfish and refuses to take any responsibility for his words or actions.  It is his constant display of self-aggrandizing and his unwillingness to address the challenges facing us all in a manner that is other than self-serving that has allowed this virus to kill so many of the people he was elected to serve.  His refusal as a leader to be careful in his choice of words and his outright intentional use of inflammatory speech has encouraged neighbors, friends, families all over the country to fracture to the point of hatred and estrangement over the whole “us” vs. “them” way of thinking.  He has obliterated middle ground.

In my opinion, he is guilty of inciting and encouraging these attacks, and as our leader and representative to the rest of the world, he should be held accountable for both his actions and lack thereof.

Who do you think he was ?

And that was not one zip tie...

It was a very large number of zip ties...

And let us speak the truth...what do you
think he was going to do with those zip ties ?

He defintely came in , looking to bind people ,
keep them hostage , and most likely use them
as  a bargaining chip , or more likely kill them...

So who the hell was the motherf***er , if not
a ( not trump supporter ) a radical crazy son of
a dog Trump Q anon , or worse rightist ?

Said with love for you , yet honest...

I would love to see him with all those zip
ties bound around his neck...honest feeling

I lived in Santa Cruz , when the Miss America Pageant was held there , with
"Doooonnnyyy" entering the dressing rooms of the contestants , and some
claimed ( though they could never prove ) molesting some women...

The Praying Mantis Brigade ( https://santacruzlife.com/miss-california-pageant-santa-cruz/ )
took him on , as well many others , at the time , and forced him out of Santa Cruz...

He is the worst of the worst , and may all he attempts , fail...

I look forward to what is coming his way , once he is not president...

In my opinion, he is guilty of inciting and encouraging these attacks, and as our leader and representative to the rest of the world, he should be held accountable for both his actions and lack thereof.

Can we hold the other side accountable, too? Like Kamala Harris praised deadly riots that killed officer David Dorn.

Micheal Malice (anarchist) is becoming extremely popular lately, enough to complain about IT problems from it.

We need to be on the side of the people. If the people are in danger, throw your weight away from the danger.

DJT may indeed still be horrible. People can change - I don’t know.

I’ve only noticed he’s pushing back right now against a dangerous orange-color revolution spurred on by intrenched Globalist interests.

Pray for the People. 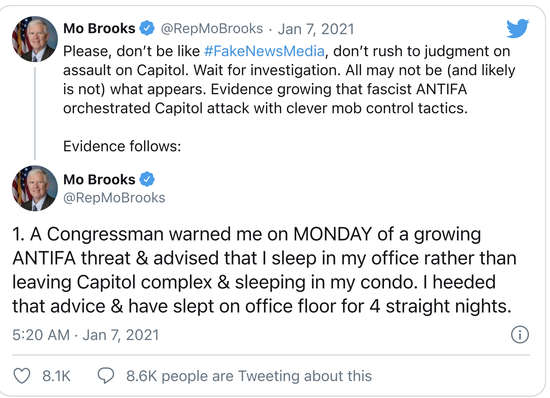 Who do you think he was ?

I would love to see him with all those zip
ties bound around his neck...honest feeling

Hate will stop your magic every time, and since you think you can make spells, you should know.

Since multiple interests were in there, including “white hat” operatives who took laptops, I’m not sure if those were for securing evidence.

But whoever came in to do violence and hurt innocents - they know who they are. I condemn them with everyone else.

Can we hold the other side accountable, too? Like Kamala Harris praised deadly riots that killed officer David Dorn. e.

Lady has a point there

Lady has a point there

Speaking remotely to Colbert in June, Harris voiced support for the ongoing protests — but she didn’t say she wants the riots to continue.

That’s all the YouTube clip shows, but a longer version of the exchange posted by the "Late Show" shows Harris saying that the protests continuing is "critically important" to achieve change. Neither she nor Colbert mention riots.

“...and they should not and we should not” Kamala

"Voiced support for the ongoing protests"


what we have here is a country which is ravaged by a virus. A lot if people blame Trump, and they're probably eight on some level


at the same time, the riots, or at least the movement was given special legislation in NY by its governor to continue protesting

this happened right across the US. the protets were egged on   by major players in the Democrat party

aren't they all complicit to murders


you're so damn hot my eyes feel like they've been pepper sprayed every time I look at you
Posted: 10th January 2021 2:57pm 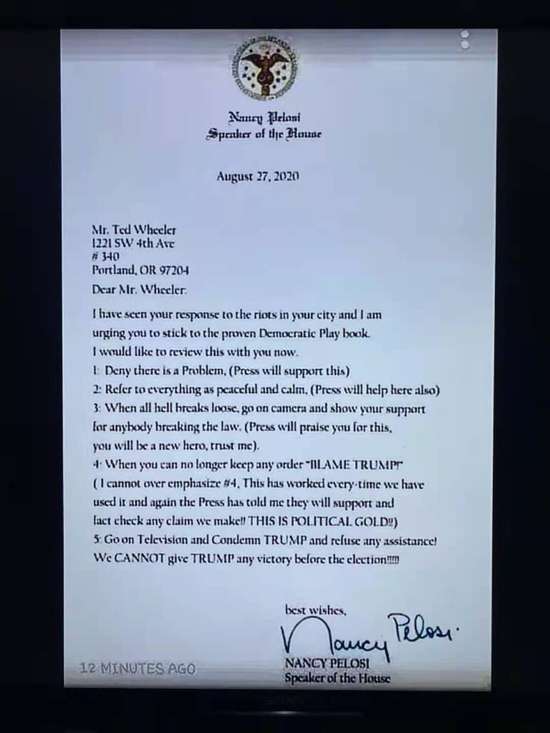 Some people claim this is real. Just putting this here, since there is room for doubt. But someone did steal her laptop... So who knows... Either way, it’s hilarious!

“We choose truth over facts” - Biden

Joined 8th July 2019
Forum Posts: 376
lepperochan said:surely everyone should be held accountable for the way the virus has a hold of the country regardless of which side you are on

I’d say based on the fact that half this country still believes this virus is a hoax or no worse than the flu, this is a fair statement.

“...and they should not and we should not” Kamala


what we have here is a country which is ravaged by a virus. A lot if people blame Trump, and they're probably eight on some level


at the same time, the riots, or at least the movement was given special legislation in NY by its governor to continue protesting

this happened right across the US. the protets were egged on   by major players in the Democrat party

The Capitol protesters who remained peaceful and did not join the insurrectionists will not be facing any charges, because they did not commit any crimes.

Same goes for the millions of #BLM peaceful protestors across the globe during 2020 who did not harrass or harm anyone and or destroy public property.

Conflation of good and bad = mindnumbing to deal with

I think you're missing the point.


...large gatherings of people would have accelerated the advance of the virus in the early days, and throughout, don't matter if they were peaceful or rioting