My beautiful sister Ahavati has asked me to nurse this room for the month of April.
I will be posting some things which i  thought could be interesting,

Today is April first
April comes from Latin and means to open
In April often the first budding leaves open, the sun shows its rays of light again and also April and the thoughts of spring can surely open our hearts delight more.
April also is connected to Venus and spring goddess Ostara., the white hare and perhaps the egg as a symbol.

Eggs are symbols of birth, of vulnerability, of finding our hidden treasures within the small but mostly within ourselves. We celebrate our own Venus and our own rays of sunlight. The egg has a lot of different myths from all cultures and traditions. To me it is about finding our place or our own space while being part of a wide vast expanding universe.

In some Celtic beliefs it is said that April is the month to think of the tree. The trees survive the long harsh winter and they  have returned to welcome us with their greens and their beauty. Trees can guide us when we feel a need to focus, they can be supportive in a strengthening ritual.

By actively participating in the sacred year cycle we can activate our own stream of creativity and life enforcing motion. This is called the sacred wheel. The wheel is always in motion although it is sometimes a subtle motion. Using ones own sacred space within or enforcing this, the stream can continue to flow and bring many fruited things to bloom again
You can enter the sacred wheel and set it in motion

Joined 11th Apr 2015
Forum Posts: 10360
Good morning from beautiful but chilly North Carolina! We have a cold front moving through for the next few days, which makes the clear forecast crisp and beautiful for miles!  Thank you for sharing such wonderful knowledge and wisdom with us, RiAN! I adore posts like these, and greatly appreciate your willingness to nurse this thread through April.  xo

Joined 16th June 2020
Forum Posts: 517
This is a good source for getting to know more specific details of the runes
and Rune magic
Freyia Norling has both a degree in Nordic, Norse myth and Folklore and is a practicing witch
She lives on an island close to the arctic circle where she also runs a shop and tiny Bed and Breakfast cabin
You will have to get used to how she speaks, the tone is highly unearthly but she seems very genuine and dedicated
Here you find her introduction to the Runes, enjoy

qoute of the day

Joined 16th June 2020
Forum Posts: 517
Getting back into using my other Card decks
For anyone who would be interested I can pick a random card from my deck
Todays deck I will be using a deck based on the plain Tarot, the Kavala Tarot.
The artwork is based on the epic Finnish Kavala poems
I have used this deck a lot in the past but later tuned more into using Oracle decks in stead of Tarot.

In my readings I do not go into the epics of the Kavalla since they are not easily understood
There are many translations but since I do not speak Finnish I can not tell weather people have made a random translation or really have dived into the core of the poetics. Even Old Norse poems are not always translated correctly. Sometimes there simply is no correct translation to a poetic expression in a certain language .
I will just do a short reading adding my own interpretations and what the card is linked to in plain Raider White Tarot. So if anyone is interested I can pick a random card and add the reading here in the meditation room or send it to you through pm

Have a lovely Friday all

Sure beautiful sister, i will post it in about 30 minutes

Kaukomielis Blade
The immortal blade, Strength on all levels

This is the blade that fiercely is held upright.
It represents the fire element. It i about grasping ideas and dreams in the very spur of the moment
Follow your intuition and not have too many balloons up in the air. It is better to watch these float and
be amazed about all the colors in stead of choosing first hand.
Courage, taking strength in new ideas, letting the flow be the flow because as you see the blade is in front of a stormy landscape, the background of the card refers to the past, the blade is now in your hands, use it at your own demise though be sure to keep its powers intact

Although associations with runes are often made most with Norway , Sweden and Denmark there is such a thing as the Kaukomielen rune poem. I have tried a bit of research on this but only get references to Caucasian Albanian runes.
Of courses runes and hieroglyphic texts have been all over the globe from many thousands of years before the knowledge of man even existed
By what i have seen I am thinking that part of the Kavala could be based on the Sami cultures..

Some of the Kalevala basics

Wainamoinen, emerged from the sea in a suitj,
of copper, with a copper hatchet in his belt
quickly grew from a pigmy to a gigantic hero,
and felled the mighty oak with the third stroke of
his axe. In general the water-deities are helpful
and full of kindness

Originally the Finlanders regarded the earth*
as a godlike existence with personal powers, and
represented as a beneficent mother bestowing
peace and plenty on all her worthy worshipers.
In evidence of this we find the names, Maa-emse
(mother-earth), and Maan-eino (mother of the
earth), given to the Finnish Demeter. She is al-
ways represented as a goddess of great powers,
and, after suitable invocation, is ever willing
and able to help her helpless sufferers. She is
according to some mythologists espoused to
Ukko, who bestows upon her children the bless-
ings of sunshine and rain

Joined 11th Apr 2015
Forum Posts: 10360
Fascinating, RiAN! Thank you! I am a water element with air rising and an earth Moon; therefore, my balancing element is fire. I feel the blade is the element of fire used very wisely lest I dry up my water, scorch my earth, and potentially fill the air with toxic plumes of smoke.

I practice Feng Shui, place certain red aspects in my home to balance out with the fire element. Particularly in the South/East corner of my home ( where it draws in love ). Too much red is associated with anger and destructive tendencies, so I have to be careful what I use and how dominatingly visible it is.

I loved the rune knowledge! Fantastic! And I loved your quote of the day. xo


OMG! That totally took me back! So many things I had forgotten about! 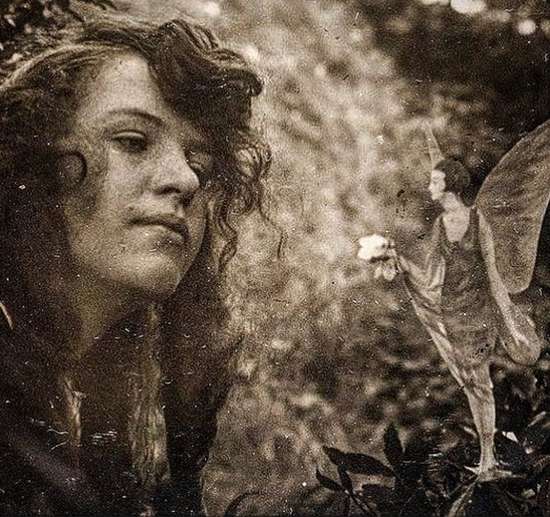 Me meeting the faeries when I was young. ( Not really, but it's how I felt. ) 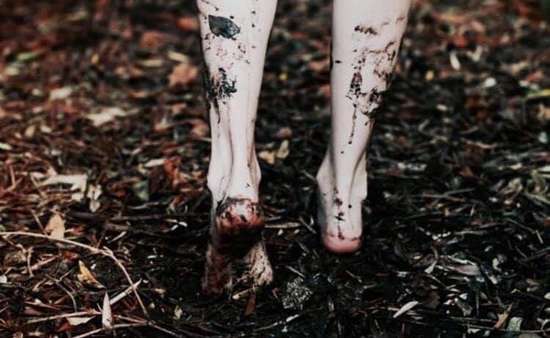 I don’t care how spiritual you are.
How long you can melt in the sweat lodge.
How many peyote journeys that have blown your mind, or how well you can hold crow pose.
Honestly. I don’t.

I don’t care what planets fall in what houses on your birth chart, how many crystals you have or how vegan your diet is.

I want to know how human you are. Can you sit at the feet of the dying despite the discomfort?
Can you be with your grief, or mine, without trying to advise, fix or maintain it?

I want to know that you can show up at the table no matter how shiny, chakra- aligned or complete you are- or not. Can you hold loving space for your beloved in the depths of your own healing without trying to be big?

It doesn’t flatter me how many online healing trainings you have, that you live in the desert or in a log cabin, or that you’ve mastered the art of tantra.

What turns me on is busy hands. Planting roots.
That despite how tired you are, you make that phone call, you board that plane, you love your children, you feed your family.

I have no interest in how well you can ascend to 5D, astral travel or have out of body sex. I want to see how beautifully you integrate into ordinary reality with your unique magic, how you find beauty and gratitude in what’s surrounding you, and how present you can be in your relationships.

I want to know that you can show up and do the hard and holy things on this gorgeously messy Earth.
I want to see that you can be sincere, grounded and compassionate as equally as you are empowered, fiery and magnetic.

I want to know that even during your achievements, you can step back and be humble enough to still be a student.

What’s beautiful and sexy and authentic is how well you can continue to celebrate others no matter how advanced you’ve become.

What’s truly flattering is how much you can give despite how full you’ve made yourself.

What’s honestly valuable is how fucking better of a human you can be, in a world that is high off of spiritual materialism and jumping the next escape goat for “freedom.”

At the end of the day I don’t care how brave you are.
How productive, how popular, how enlightened you are.

I want to know that you can step down from the pedestal from time to time to kiss the earth and let your hair get dirty and your feet get muddy, and join the dance with us all.

A modern day call to shifting from spiritual consumerism to returning to human kind...
Heart inspired by Oriah Mountain Dreamer’s, The Invitation.

Gratitude to the Unknown Artist

Joined 3rd May 2014
Forum Posts: 370
A great reading of  the great Norwegian philosopher, Peter Zapffe's, "The Last Messiah". Of particular interest to we Poets is his brilliant interpretation of "sublimation"...though the whole essay is a spiritual and psychological masterpiece. His writings are only now beginning to find force is the post-modern world of the 21st century.