All writing remains the property of the author. Don't use it for any purpose without their permission.
Posted: 10th July 2022 4:23am

Adult Entertainment
Adult Entertainment, risqué as can be, seducing the mind into a web to see
To mentally flee, for some not their cup of tea
Degrading emotions set free
This has been a fascinating hit or sometimes a personal mental trip
Somehow the topic landed on my Nurse’s wish list
To discuss, in as much, for a sensitive narrative as such
Various channels to choose from
Some seem to stick out like a sore thumb
A visual aid, and then some
Mood enhancers
Ask a man for their answer
I’m sure he would say it’s the ultimate advancer
His private lap dancer
No money exchanged to take a chance
For an uplifting palm romance
Men and Women parading the essence of their being without any shame
Silent action, arousing moans, no spoken names
Instant money for a skin’s game
Fame for some who has stake in a future acclaim
Lights, Camera, Action
Theatrical scenarios played out in all its splendid glorified satisfaction
Two bodies simulating reactions
Introducing your mind to its releasing stimulating abstractions
Single or your sexual partner
Man adding his watering hose as a woman’s private Gardner

Phone Entertainment
Phone Sex, better at the moment if you have just been vexed by an ex
Take my mind with your voice to dreamy places
No discrimination with races
Kiki, with the smokey eyes, a blessing to some in disguise
Telling you what you what to hear, with small embellished lies
Whispering sweet words in recipient’s ear
It’s between me and you, no one else could hear
No scripts, no stages, only beautiful carpet ride grandeur lies
Tenderness, Enticing, Haitian Creole dialect, soft mummer outcries
Lifting the libido of the harder gender, as it sweetly applies
Pulling the emotional silk over one’s eyes
Words to the wise
Clients repeating
Half hour verbal meetings
Seeds of life always depleting
My newest favorite wicked pastime
Dildo in one hand, in the other, a glass of wine
Moans and grunts no set clocks of time
Releases to fill the empty needs
From a soft voiced tease
Written by SweetKittyCat5
Go To Page 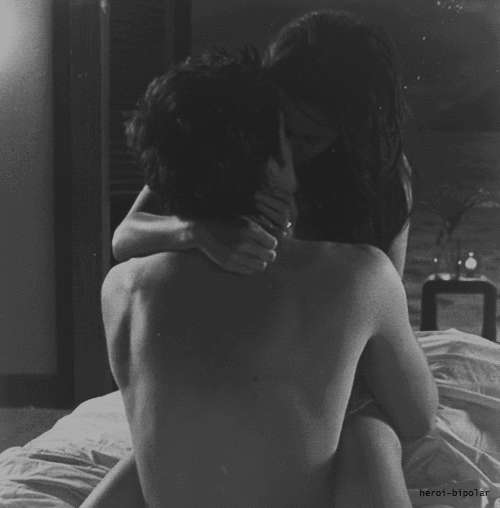 Perfecting the roars of joint salvation

Saved
within lessons
of hopefulness
longing

This—
is where your thoughts
become my words.

All writing remains the property of the author. Don't use it for any purpose without their permission.
Posted: 13th July 2022 4:45am

Let's face it,
somewhere between dreamless sleep
and ambiguity of wet dreams
there's blackness of the night
where silence hangs
trapped, in the sweat drops
beneath your cock
waiting
yearning
for my soft lips
and eager tongue
arousing your flesh
to lap it up
with a 4 am
fuck in mind.

I feel
your naked body
spooned perfectly
carved against mine
one hand possessively
claiming my breast
the plump mound
shaped in your hard grasp
the other hand draped
on my hip, casually imprinting
with unspoken truth
of belonging
feeling warmth
of your fingertips
gently grazing my skin
sweeping each breath
in synchronicity
rising and falling.

I turn
ever gently
searching your face
in the darkness
for vulnerability
of boyish smile
glistening dew drops
stream from somewhere
where memories are born
falling carelessly
disappearing
in the forest of your chest.
My finger trail the path
needing
wanting
a part of your essence
beneath my skin
but it disappears
as quickly as it appears.

The lava moon
burns with desire
hanging from frameless
window, examining
suspiciously the uncertainty
of the night
as I glide
like a gracious breeze
swaying my shadow
hovering over your spark
draped over your hard bones
trailing my tongue.
Shadows slide on grinding flesh
crushing petals
between the thighs
for the sheer lust
with primitive hunger
of carnal desire
dissolved
in the ruins
triggered and cocked.

Your hand
upon my head, pushes
deeper
harder
pulling a handful
of my tresses
mumbling
groaning
raising your hips
knees fall back
urging me to take you in
wider
fuller
'till i feel the choke
expanse of the air
brushing away
from my lungs
feeling the rush of surrender
sweet and salty
wildness
pulsating
with the tides
of the moon
the utmost fury
piercing the night.

You rise
heaving from the present
drawing my face
in your hands
kissing my moist lips
just as your fingers
slide
to explore, cunningly
the shimmering
blossom
sluiced in ecstasy.

All writing remains the property of the author. Don't use it for any purpose without their permission.
Posted: 14th July 2022 5:09am

Fading into the pigmentation of my fervent skin
The pleasure of its carnal feast I do indulge
Falling prey under the masterful calling
Body trembling, with an overshadowed need
Mysticism of its trance misting
Soften in the heightened crest of carnal greed

The comforts of my body to bow until the woman within
Of sweet mercy, I beseech you
Search my window of pleasure
You have awaken, opened
Carrying me on your whispers
Closed eyes, the curtain of enlighten has been drawn
The master key of my pleasure abyss has been unlocked
Physical atonement
Remnants of its desired reasons has reached its zenith

Aroused, demanding
Softly erotically playing the lyrics of my body

I love the art of sexuality, and celebration of it, this page is on fire, I intend to return to this page again and again, I crave the hatred of sex to come and be broken by this eternal fire, undeniable truth. very excited. thank you

Dawn bird perched on solid oak
hymns of ancient story
prior to brew or early toke
there, in golden glory

Offers up his majesty
oil, for ease of slipping
here lays opportunity
poised in morning's gripping

Full of seed, he slips his gift
waked to early treasure
left to bathe on lover's cliff
washed; divine in pleasure
Written by Deathkitty_134 (Khach0)
Go To Page

Haha, thanks for sharing, I was going for classy smut, not sure if I... pulled it off ;D