How is your day? No Topic

My night is going very well.  Everyone enjoy your night or day and stay safe.

I just want to go back to bed this morning and get this fucking winter over with. 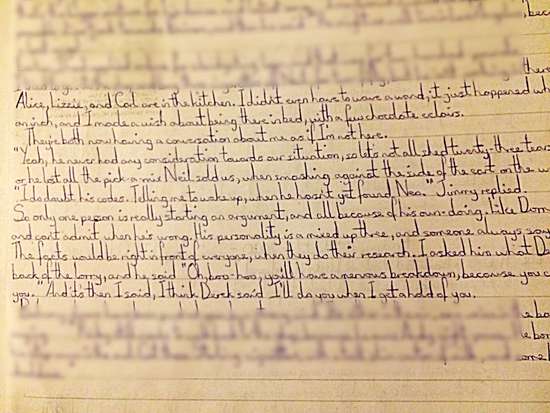 👻
“The Ghost Snare: Some things someone forgot to write about”

Ever since the “Good Nights Await” nightmare came to me, I haven’t once drawn what I first saw, when I walked through the hotel doors. So that’s a brown sofa, Coca Cola vending-machine; lines can be set of stairs, myself an open elevator door. And asking who are you, at who stares at me right now, because behind the receptionist desk, Claire isn’t there.

Alice, Lizzie and Carl are in the kitchen.
I didn’t even have to wave a wand, it just happened when I moved an inch, and I made a wish about being there in bed, with a few chocolate eclairs.
They’re both now having a conversation about me as if I’m not here.
“Yeah, he never had any consideration towards our situation, so let’s not all shed twenty-three tears for Walter, although he lost all the pick-a-mix Neil sold us, when he was smashing against the side of the cart on the waltzers.”
“I do doubt his codes. Telling me to wake up, when he hasn’t yet found Neo.” Jimmy replied.
So only one person is really starting the argument, and all because of his own-doing. Like Dorney is corny, and can’t admit when he’s wrong. His personality is a mixed up three, and someone always saying he’s a Rod. The facts would be right in front of everyone, when they do their research. I asked him what Derek said in the back of the lorry, and he said ‘Boo-hoo, you’ll have a nervous breakdown, because you can’t find you’
And it’s then I said, I think Derek said I’ll do you when I get a hold of you.”

The balcony doors have just swung open, by a huge rush of wind.
It’s either in the air, or a voice in the back of my head saying “Still deciding whether you’re half asleep and half awake? If you’ve had nothing but your thoughts more than anything else for a long time, what can’t they face?”


(Most of this Ghost Snare stuff I don’t write down. Some Ghostly Bible paragraphs are mixed in with them.)

Having a great afternoon.  Everyone enjoy yourselves.

Joined 11th Apr 2015
Forum Posts: 7899
Just completed an intense hour-long meditation and see a nap in my near future followed by some good food!

Everyone enjoy your night or day and do something crazy for yourselves. 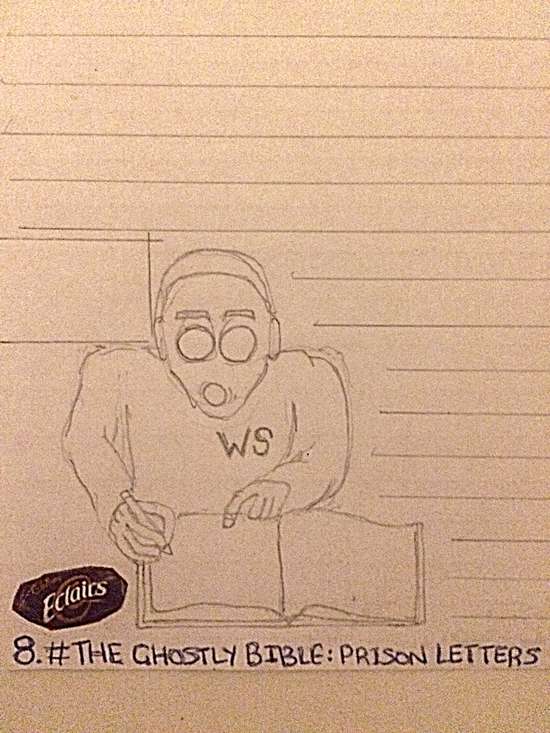 👻
“How is your day? No topic: some Ghost Snare transcript”


The time is now 3:45pm.
I have a complete memory-blank, from when I got up around half-five, and that’s a lie equal to not remembering writing that line.

Carl is now walking down the corridor, with an angry look on his face. I’ll write it up, once I hear what he has to say.

“I don’t know how to end their suffering. I’ve left them two in the kitchen, wanting to watch a video of what Ricky’s watching—it just says it’s buffering, and hasn’t moved since they clicked on it. I made jokes about who really gives a shit, about two sisters when you’re fucking two pussy’s at once, said she didn’t want to hear anymore and it’s what I got out of yeah. And that’s also for what they implied, if on them I ever tried, a piece of wire would be tied around my neck. So, Walter, what do you think of Hendrick Copper?”
I said he reminded me of someone who isn’t on top, like Bart from Dawn of the Dead, and greeting someone in an elevator. Turns out in the end, he was the biggest bitch of the lot.
That is when he got talking about Night of the Living Dead, and I said at the end, it was just his conspiracy 101 foolishness.
“If you really think about it...Cooper was Ben’s boss. Him being fired that very same day, before Cooper set off early in the morning for a wedding. His daughter was bitten by a black zombie.”
I said run that by me again, to which he replied “But I stood next to you, I don’t understand.”

I’m near the tipping-point over one situation. Between you there is an R, so I’ll put them both in A&E, by cutting off positive energy from two people. Let them go about their weak pranks, calling it a G thang.

Jimmy’s just walked into the cell with a glue-stick, and has said “Don’t listen to her. Some boyfriends can’t text twenty-three full words in a sentence for a reply, you’ve done enough texting. I said I can always change my top five, as it’s all subjective. And you know what would make me arrive quicker? Quit bursting, and sit on the toilet for a number two.”


# Currently getting drawings out of the way, to then go on a mad one with the writing.
But here’s a random note. 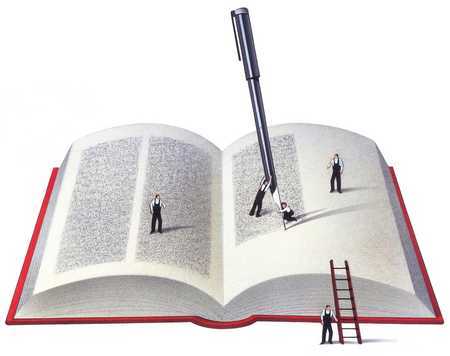 “Go etch-a-sketch: no copy and paste”


Someone I never saw before, was standing beside the desk.
In half as he smiled once, he just snapped my pen.
Was at 12, when I was told to go further.
And that was out the help of my Dad, so I had those chains off my ankles, running for safety. Seven unlucky years later, I listen to a Relapse album by an Eminem, it’s like I awake from a coma, and one demon shouts “I’m back!”
And yet another female, that makes me feel I have to quit what I’m doing; not saying the words on the paper after written, just buying packets of them, and then throwing topless bic pens.
So here’s my gymnastics, like a flipping shooter.
Her friends are the China dolls, and they whisper to her.
How can I fall in love with a poet? I’m gonna be Paul Sheldon.
Considering my operation at the hospital, I’m only gonna be allowed to smoke one cigarette after a book, but no glass of wine.
As I walk, Who wants me with a hobo swing? A hobber-ling
fuck type fuck writer
I meant to put hobbling
I won’t do whatever
like if her pig comes in
make-out with it on the chin
Not writing about the boys
and this “fright of the giving dead”
note shouldn’t have anyone annoyed
Not sure where one’s father is
but Ben says
“Hey, Tom. Television. Take it out and see if anything’s on.”
And you’d see me sitting at a desk
Gonna be for The Ghostly Bible
working from the “Dates” and “The Frogs Legacy” episodes of Only Fools and Horses yeah
Trigger never featured on a song with Eminem because this is what he sent
“My phone isn’t working
I’ll tell you why it’s not
because I have sex with the lights off
that’s why mic gone
Oh, where’s my microphone?”
A title of a poem is
“Rodney’s notes from a hand-glider”

Having a great afternoon.  Everyone have a good time today. 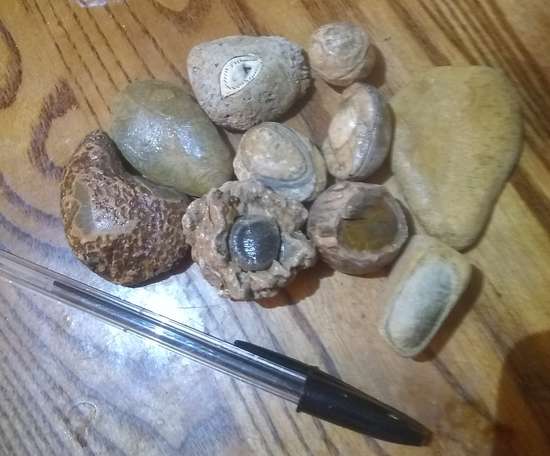 Find the fossil at the top does it not look like an eye?

Joined 11th Apr 2015
Forum Posts: 7899
Valeriyabeyond said:Today is good
Good vibes all around
Went to the outskirts of the Colorado River yesterday and found these fossils or petrified nuts and  seeds

Find the fossil at the top does it not look like an eye?

o O! I LOVE fossils! The energy they permeate is so historic and a bridge to our past that we get to cross today. xo

o O! I LOVE fossils! The energy they permeate is so historic and a bridge to our past that we get to cross today. xo


I know I feel the same way
The fascinating thing with these is they are in the middle of the desert!! Palm Bog and petrified roots from trees
I love it

That's mostly what I do here is hunt fossils we have all types of coral,  brain coral,  horn coral  crinoids shells and clams