Stoked! It's about time those Wachowski Sisters did something new with the franchise. The thought of it being butchered by someone else like Disney and J. J. Abrams was too much to bear!

A whodunit based on the 1949 Agatha Christie novel of the same name. A mansion filled with a family of wealthy dysfunctuals. Which one poisoned the patriarch?

It became somewhat obvious to me halfway through, but was still entertaining because of excellent casting.


My other accounts at DUP are were Magnetron , Anarchitect , Psycotic Mastermind , & Mary Walker
Posted: 17th September 2021 3:35am

Joined 11th Apr 2015
Forum Posts: 11659
So, my late-night zombie couch obsession is yet another Korean drama I was drawn to: Hotel del Luna, a hotel that caters to ghosts. The series is somewhat of an Asian version of Cloud Atlas, being that lives are repeated throughout history, and we are continuously drawn to those we are bound to in previous lives.

The interesting and unexpected twist in this series are the flashbacks between actors and actresses ( portraying those destined to meet and re-meet ) from other prolific movies, such as Crouching Tiger, Hidden Dragon ( thief who steals the comb scene ). Each time a couple meets they have a flashback.

It's was one of the most popular shows in Korea in 2019, and 12th overall in Korean dramas, but I just heard about it on Netflix. I think it's because they were making an English adaptation.

I'm a sucker for anything Cloud Atlas/reincarnation/multiple lives, regardless of language.

On another note, my Korean is becoming somewhat prolific. . .

Hi Everyone, I'm glad to see this thread is much utilized contributing our favs and not so favs.  We're still battling the unknowns in our real world so this is much needed escape to share movies and shows with tidbits of informations to draw us in.
I've watched my share of movies and shows for some months.  Lately, I've been enjoying Lilyhammer on netflix its one of those understated and not much talked about shows of fish out of water type of scenario.  It's quite funny and each episode loops into another allowing the storylines and characters of growth.

I've finally got around subscribing to Hulu (just when I decided, they announced of raising the monthly fees but I still think they are much better than amazon prime, at least a better a deal)
I've been watching The Handmaid's tale even though I saw the original with Natasha Richardson which was fantastic also having read the book by Margaret Atwood some years ago.  I must say the series is excellent, they've done an amazing job in creating depth to the additional characters and storylines.
I've also been skipping around watching the 10th season of american horror story on Hulu, its meh only because there is nothing original about this storyline, it reminds me of the movie  Limitless, where if they take a pill their artisitic talents become superior but there's a price to pay for it obviously.  Hopefully, the storyline will surprise me in the end with something amazingly unexpected.

I must mention the documentary on Netflix called Fantastic Fungi.  It's absolute must watch if anyone is even remotely intersted in nature and its mysteries and how our world as we know it started, the secret communication amongst plants all owed to fungi and its many types.

Clickbait on netflix was a good mystery, each episode left you leading of a suspect but then dismissing till the end which was totally surprising..although, given how we rely on internet more and more, it showed that we can never be too careful.

The Dig on Netflix was nice, I enjoyed the historical fictional tale, very well told and executed.
I started watching Manifest on Netflix but I took a break, it was good and I plan on watching and finishing the series.

One night I needed to watch something light and funny, Walk of Shame on Netflix fit the bill, it was pretty good actually, I enjoyed it a lot.

Dirty John/Betty Broderick series is very good.  Each season its a different storyline, actors and characters but apparently the Betty Broderick storyline is based on a true story of marriage heading to divorce and all its ugliness, bitterness and vengeance.  I enjoyed the setting of 80s, the clothes, cars, home decorations and change of years and the transformations in characters.
Dirty john is actually the first season of a woman who meets a psycho on the internet and how he takes over her life and her family through control and fear.

Honest Thief with Liam Neeson on amazon prime was pretty good.  But then I like all his movies, he can't do no wrong.

I know I've watched more, but that's all I can think of right now

Joined 11th Apr 2015
Forum Posts: 11659
Vee said:[ . . . ]
I must mention the documentary on Netflix called Fantastic Fungi.  It's absolute must watch if anyone is even remotely intersted in nature and its mysteries and how our world as we know it started, the secret communication amongst plants all owed to fungi and its many types. [ . . . ]

Went to see John Stamos in Asheville about three years ago. Incredible man. I have a photo and autographed book somewhere on my book shelf. Mycelium is fascinating, to say the least.

Went to see John Stamos in Asheville about three years ago. Incredible man. I have a photo and autographed book somewhere on my book shelf. Mycelium is fascinating, to say the least.

That's great.  I'm sure he was incredibly nice.
I'm sure many people out there have always been interested and studied on the many species but I've only started looking into it recently especially with the pandemic and how it has been causing anxiety, sleeplessness and all kinds of mental and emotional distress, the medicinal remedies from some of the varieties were enlightening. 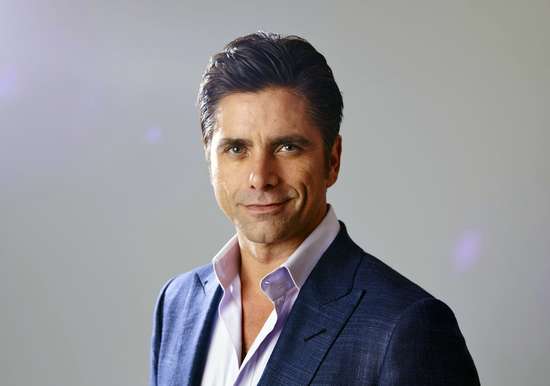 Are we talking about this John Stamos ?

Based on the story of the same name by Daphne du Maurier, who also wrote "The Birds". A competent romance mystery slowly unpacked, previously done by Hitchcock.

75 minutes of total dystopian bizarreness capped off with 15 minutes of Never Saw That Coming, with a touch of sci-fi W in TF was up with Milla Jovovich's character?!

WHAT?! Paul Stamets! LMAO! Seriously? Did I actually type that or was it autocorrect? We'll never know! I bet Vee was like, WTF?!

WHAT?! Paul Stamets! LMAO! Seriously? Did I actually type that or was it autocorrect? We'll never know! I bet Vee was like, WTF?!

Seriously, you don't have to justify why you think the Stamos is such a Fun Guy!

What this movie has going for it is that you are automatically presented with a mystery - what is going to happen to all of these "orphaned" girls warehoused in this building under a heap of strict rules and security? Obviously the people in charge are up to no good. Will you figure it out? I think there are enough clues. It's pretty fucked up.

Joined 18th Aug 2021
Forum Posts: 1
I don't even know what movie to recommend to you. The fact is that there are a lot of great films. And from the fact that there are so many of them, they become ordinary and uninteresting (as for me). The only genre that can always remain interesting is horror films. They always keep in suspense and fear, thereby always bringing emotions to the viewer. I especially love Japanese horror movies. They are imbued with the identity and mystery of their culture. I prefer to watch movies on my favorite search service https://www.houseofhorrors.com/great-horror-movie-night-online.html

So...there seems to be plenty of documentaries on Netflix and Hulu about Brittany Spears and her sovereignty.
What you all think about the whole situation?
Do you think the laws need to be looked at how it's outlined and perhaps need to re-examine every few years to see things are being run to be fair and ethically right.
Or do you think this was a random extreme?
It's pretty sad that  a huge chunk of this lady's life was being controlled in such a way that was being abusive and downright damaging psychologically and emotionally,