Anonymous
Back to drawing again today.
Last photo I’ll share, until all the frame is done.

Having a great night.  Everyone a great night or day and do something crazy for yourselves.  Stay safe out there in the jungles.

In the beginning, Ricky woke up in the back of Eric’s taxi. It was raining that evening.
Upon that meeting, Ricky was told Eric also worked as a grave digger. One second. I’ve found a better way to get out of this grave quicker.
It is I, on the look-out for Constantine. Was told in a note, to just head towards Trickful Woods.
A little pain, feeling like I’ve got left half a brain. The reporters van I saw, being followed by a police car.
I don’t think much to this tiny torch.
Once inside the trees, I was instructed to walk for five-minutes. Assured, that I was someone he can get.
What year am I in? I just remember two-thousand-and-ten, nurses and doctors in hospital, over my bed and talking about death.
Ripped some daisy plant up. Cracking of sticks in the distance. I need my answers.
A man in a black suit appeared; “I’m hoping there isn’t going to be a police helicopter, circling the woods. Someone reported some suspicious activity in the graveyard. Have you still got the note on you?”
I looked in my pockets, and said no. “I only hope it’s blew away into a drain,” he said, emptying a few things out of his bag. “We’re going to have to get that face bandaged up, and some sunglasses to hide your eyes. I shall be appointed your carer, and no-one should stop to question a priest.”
I was dressed. Shoes put on my feet, wrapped up in a winter jacket.
It was twenty-past-three, when we both walked into the hotels reception. The receptionist got told I was left partly blind, from a car accident.
In the elevator, memories had started to fill my head of the Shoemakers Tavern.
I was told not to switch on the tv, but until I’m not alone, I’ve got pen, paper, and I’ve managed to find the remote.
“Through your life while you con your way, Paul wants to hear it. I do believe I saw someone coming back, from beyond the grave...No I don’t think someone has just dug up the grave, and took the body. There was something heading towards the woods... Detective Logitskill, what do you have to say on this matter?...The only evidence we have at the moment, is a small note. I can’t report whether or not a body has gone missing, but an investigation is underway near the Trickful Wood area...”
It’s nearly quarter-past-four. Constantine walked through the door, and began to talk.
“Eating two painkillers, with some Marmite toast, not really telling them about the night before. It’s been a rocky ten-years, for sure. Really regretting I know, that you left all them belongings in the old house. They will always try and hide the curse, of Heartenfelt Town. Every year, the coffin unearthed and a legend still, they cry up—not feasting, like I should every five-years, just leaving without a good diet. Reemiss and his art around the Deep Underground halls, it is terrible. He still hasn’t got the mansion with dancing fountains. Lost in court or prison, it’s hours you can’t be counting, because your statements match the history. Remind all prophets, that they were false, because through-out the whole Good Nights Await transcript, I was in Lawrence Spiral’s office.”
I asked him how I managed to return. “You’re asking the wrong question.”
He pulled a seat out from underneath the table; sat down, began to roll a cigarette from his tin, and then began to say “When you come back, they say you aren’t gonna be armed. Only got a bow, being Walter Sparrow. If you write a hundred-and-nineteen letters in twenty-three seconds, you might just be able to hold an arrow.”
~~~
^ This is from “The Ghostly Bible” set of poems, in my diary.

Anonymous
Both sides of the pages have been wrote on.

Having a good night.  Everyone have a good night or day and do something crazy for love.  Everyone please stay safe out there in the jungles we call home

Anonymous
🧩
“A short verse from Ricky”


The time is now six o’clock
Let the Lord do his thing
I can’t tell if I am that wildebeest
breaking its back
from jumping off a rock
Just high crossing some sort of river
and it’s going well
Like being showed a mirror at the end
because I was just an elephant
throwing dirt over himself
Barely scratched the surface
through my addiction
I am underground
But over some people I’ve got it all now
and that’s more a chance of
this suckers trunk over their nostrils and mouth
I’ll eventually take people into the rooms
under the Good Nights Await hotel
two days ago some phantom was there
instead of being upstairs like he claimed
watching Billy Madison
The tales of one dark and twisted family
you’ll really capture some
I went to Aldi
and my exercise finished
at sitting on the metal fence
above the under-paths
watching cars stop and go
at the traffic lights
~~~~
^ Where is the rest of that?

Not enough wind coming through the window, need some more as it’s too hot over here.
I’m now on the weird side of YouTube again, and there’s some very creative people in the comment section lol.

Anonymous
Ahavati said:That's a hell of a journalistic collection, rickE! I am impressed!

Looks good, doesn’t it?
A month and a half work there. My diary, not snail-mail.

Looks good, doesn’t it?
A month and a half work there. My diary, not snail-mail.

I could spend an entire day drawing, but more than 15 minutes of writing by hand legibly would kill me. Glad to see you doing your own thing, rickE.


My other accounts at DUP are Magnetron , Anarchitect , Psycotic Mastermind , & Mary Walker
Posted: 31st May 2020 7:17am

I could spend an entire day drawing, but more than 15 minutes of writing by hand legibly would kill me. Glad to see you doing your own thing, rickE.

I can barely write by hand, if I’m picking up and moving around heavy stuff on some days. But that doesn’t happen quite often, that’s why I can get done what I do lol. 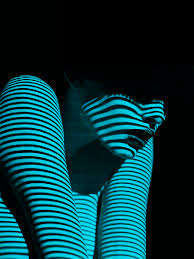 
WTF is this haha I love it
Good kitties 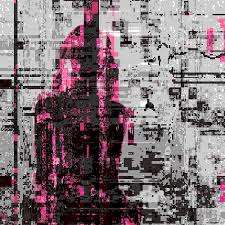 Anonymous
This drawing is terrible.
Writing on the page should be better lol.

Joined 18th May 2020
Forum Posts: 60
the plan
(ᴇᴜᴛʜᴀɴᴀsɪᴀ)
k
Yeah
this shit, .. it
ain’t random
and I didn’t get
fucking lucky
here
all thick
in cuddly
way down low
double dippin’
in her
sweet muddy
thinking 'bout
euthanasia
for my future
futures
Yeah

k
and I laugh
coz, I’m am not sad
and there’s not
a fucking thing
any of You can do
about it
and
I laugh
Yeah

k
Yeah
gonna avoid
that white light
it’s justa scam
to keep
sending You
back in
well, . I’m sick
of this bullshit
and I got
enough done
for ten lifetimes
gonna leave
You all behind
to fend for
Yourselves
anyways
I got shit to do
on the other side
and to be honest
all Your fucking
gods bite
he, he, ha, ha
strike me with
lightning
or somethin’
oh, .. that’s right god
You’ve been
a real sport
and, Yeah
that worship
bullshit
it ain’t ever
gonna happen
as I laugh
my fucking
ass off
Yeah