Format for POEM OF THE MONTH?

66.67% • 14 votes • A. One winner in a given month, that poet cannot win again in the calendar, and should not be nominated until the next year.
19.05% • 4 votes • B. Any poet can win in the given month, and poets can multiple times per year.
14.29% • 3 votes • C. Choice A or B with the addendum that least three competitions set aside for new poets and or those with less than 10 wins
Total votes: 21
Only members can vote. Not a member? Sign Up Now

Format for POEM OF THE MONTH?

Another thought — I see the comp has been reinstated without the deleted poems being restored (which I’d like to reiterate didn’t violate any rules what so ever) and still contains multiple entries of the same poem.

I will not be taking part in something this flawed from now on because frankly, it’s an absolute piss take, not to mention totally disrespectful to the poets who have their poems nominated, and the people who take the time to nominate them. I’ll speak my utter disgust with my feet.

11. Poems were withdrawn from Missy, Ahavati and Johnny-Blase??? WTF??? this is unjustifiable by any stretch of the imagination. They were nominated and they should stand and the vote should be cancelled and started again - This is fuckin poem of the month and should be regardless of previous successes Anything else is Poet of the month and we don't have that in this competition.

12. So why and when were the rules changed and by whom? So not cool if some individual can delete entries that he alone chooses. Could lead to blocking certain poets which is inherently unfair and penalises good writers for writing good poems WTF?

Joined 11th Apr 2015
Forum Posts: 6129
Hey SanPedro!  Thank you for restoring the October thread; much appreciated. Now we won't have a missing month.   As previously stated, I'm cool with my poems remaining hidden, as I've already won twice.  Clarification - JohnnyBlaze's poem were not hidden in Poem of the Month; his nomination of mine was.  And I'm cool with it remaining hidden.

Returning back to the ORIGINAL concept ( which no one had an issue with for years ) of one win per year prevents the competition from becoming a popularity or clique thing.  There are much more than a dozen writers on this site who put forth quality poems which are worthy of Poem of the Month.

Thanks again!  I know this has been tough for you!

many poets write Poems that can be worthy every single month - but are they nominated or are they chosen for that honour? restricting your choice of a poem written successfully by a previous writer Moves the goalposts and the description to "Poet of The Month"

So a poet wins poem of the month in January a poem she writes in June which is far better than her winning entry and head and shoulders above all other entries would get ignored. Yeah that makes sense

Oh I forgot I stand corrected

Joined 11th Apr 2015
Forum Posts: 6129
The original premise of Poem of the Month ( I know, it's my baby )  was that there would be a Poem of the Month to represent DU across our social media platforms to showcase the quality of poets, as well as the diverse writing styles, e.g. - spiritual, love, dark, observational, and so forth.  To promote the SAME poet repeatedly is not showing a diversity of membership. On the contrary - it's almost like demonstrating that no one else has a shot.

There are kick-ass poems written by two dozen members that deserve to represent DU in Poem of the Month.  I am saying this as a two-time winner of this award.  I feel one of my best was nominated this month and had a damn good shot at winning a third time.  I know three that had planned to vote for one particular spoken piece of mine ( which is how I came to know poems were missing to begin with ).  That being said, I feel there are other kick-ass poems in the nominations that deserve it as well. One in particular that I hope wins because it's a beautiful piece and the poet has never won.

THAT is much more important to me, and I believe the site, than winning a third time.  The rule should've never been changed but it was.  What's done is done. Best to move forward positively.

Brando said:Just to offer a bit of optimism (from someone still new here), the poem of the month has been very useful for me in finding new writers (new to me) whatever the outcomes or difficulties it experiences.
I hope this gets sorted out.

That is another reason the comp was created, Brando. To give DU poets exposure to new writers, or those they may not be aware of.

Well the most important thing to me is that competitions should be run on an even and fair playing field: I would think most people know they are not. With some judges, certain poets could never win one, despite writing a masterpiece. Diversity should not be courted when it affects the quality of DU winners this lessens the value of the award, especially if the beast poem is not out there. let's call it "Diversity Led Poem of the Month (Hey it's not our best)"

a possible solution could be that the poem of the month is themed to genres, a different one each month.
It should identify the genre for the months well in advance.

Joined 10th July 2017
Forum Posts: 325
My nominations weren’t put back into place, they didn’t violate any guidelines, neither were duplicates & one of them is a fresh DU member who deserved to be nominated and hasn’t been nominated before, that is unjustifiable to me.

On the subject of faux anonymity: A poster on this thread said they knew of three members who intended voting for a particular piece? Why? When - before all entries had been received? How? text, pm, phone call??
these questions and many more will probably remain unanswered.

"That being said, I feel there are other kick-ass poems in the nominations that deserve it as well. One in particular that I hope wins because it's a beautiful piece and the poet has never won."

The poet has never won??? that's a reason. I read beautiful poems almost every day but they all can't be winners of POEM OF THE MONTH. The clue is in the title, maybe we could change the name to "The Charitably Given Poem of the Month (It was not the best but they had never won it before!)"

this site is in need of plain speaking and logic 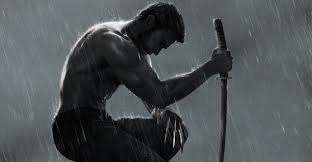 deleted what i posted earlier -- for a more peaceful resolution......

bowing out of this...

“If you want to find the secrets of the universe, think in terms of energy, frequency and vibration.” ― Nikola Tesla
Posted: 6th November 2019 8:26pm

bowing out of this...

All this has given me a much better understanding of how difficult it must be run a country...let alone The United Nations lol...to please all the people all the time...kind of like when John Lennon and Yoko were doing their silly fuckin' bed-in for world peace but weren't able to stop the bickering between themselves and the McCartney's lol.