Joined 20th Mar 2015
Forum Posts: 4619
The results of our recent challenges have been posted to our site:

And all the past challenges are located here!

Joined 11th Apr 2015
Forum Posts: 9753
JohnnyBlaze said:The results of our recent challenges have been posted to our site:

And all the past challenges are located heres:

Joined 20th Mar 2015
Forum Posts: 4619
For the benefit of participants in the Classic Corner competitions.

Quoted from the Guidelines:

6. In your poem's notes, provide links to the poem by [ insert name of Featured Poet ] that inspired yours. Without this, we have no way of determining if you were truly inspired by [ .... ], or simply swapped fresh words into - his /her-  existing poetry and form, which could be considered plagiarism.


We want to read unique poetry inspired by established poetry. When it comes to judging, uniquely penned entries will have the best chance of earning a trophy or a runner up placement.

What we would rather not read are entries that are modeled too closely after the poems that inspired such. When the line becomes blurred between emulation and "borderline plagiarism", we then as judges have to draw the line. Such entries will be penalized so heavily in the scoring process, there will be a snowball's chance in hell of them winning or even receiving an Honorable Mention.

So, once your entry is completed, make it a point to review your own work and honestly critique it. Ask yourself, "Did I write something new - or - did I borrow someone else's concept and swap out the wording with my own phrasings?"

Poetry, like visual art, is subjective to interpretation.  Even a literal scene have can a much deeper meaning.  For example, look at Van Gogh’s Café Terrace at Night, which recently garnered national attention when scholars claimed to have discovered a homage to da Vinci’s The Last Supper. If you look closely, you can see there are, indeed, twelve diners who are seated, and a server. Not only that, what seems like an ordinary window behind the central figure could be interpreted as a cross.

Symbolism isn’t overtly defined in the arts.  In visual art it suggests meaning behind the presentation, the psychological composition of the artist. In a letter to his brother, Van Gogh stressed the " need for religion ". Thus, it would only be natural for him to include symbolism of that need in his paintings.  This discovery would change how any viewer interprets this painting.

The same rings true for literary arts, where symbolism ( non conventional ) is used to reflect the internal state of the poet's mind without directly confessing it. Perhaps a poet is uncomfortable with confessional poetry, but wants to address their underlying emotions with symbolism.

Look at one of Conrad Aiken’s most prolific works, The House of Dust ( one of the most beautiful things you will ever read, imho ). It is known as one of the most famous symbolic poems ever written, and just happens to be one of my favorite literary works ever ( particularly Part 02: 04: Two Lovers: Overtones ( OMFG ) ).

Aiken wasn’t just a poet, though, he was an editor known for editing famous works from Emily Dickinson Selected Poems and T.S. Eliot’s The Advocate. If I had not studied Aiken in depth, I would have never learned French Symbolists were a great influence, and would’ve more than likely taken his work literally.  Freud was also a major influence, and considered Aiken’s ‘Great Circle’ a “masterpiece of analytical introspection.”

A poet’s life shoots an arrow into the bullseyes of their poems.  Poets like Aiken knew and understood language, specifically how to incorporate their internal state of mind through symbolism into their poems. We, as readers, would do the poet, as well as the poem, much more justice by understanding the history and subsequent process.

When we say we want you to emulate the “essence” of a poet, particularly a poem they’ve written, that means we want you to get inside their head ( as much as possible ).  While perception and interpretation of the arts is subjective, that subjectivity is original, and runs parallel to the essence.  When you select an inspirational poem from the poet, do you do the following:

•   Research the poet to acclimate yourself with their background ( beyond the brief bios we post )? For example, did they come from an abusive home? Could the suppression of that abuse have caused them to use symbolism in their poetry?  Not knowing the history of the poet omits pertinent information regarding the essence of their poetry.

Or, are you just rushing to read a poem that resonates with you?

•   Spend time reflecting on the poem and the poet’s history once you’ve researched? What did they love? Why do they write? What does/did poetry mean to them?

Or, are you jumping in with both feet and just writing?

Once you have a good grasp on the poet, what is your next step? Is it to come up with an original idea which parallels the essence of the inspirational poem? Or, do you paraphrase their words ( thus concept ), rather than project your own interpretation from personal experience?

These are questions only you can ask/answer yourself; we’re not looking for answers here.  We simply want to guide you deeper into literary giants to discover yourself, and what you’re capable of accomplishing thru poetry.

Every corner  turn around ...

Thank you so much! 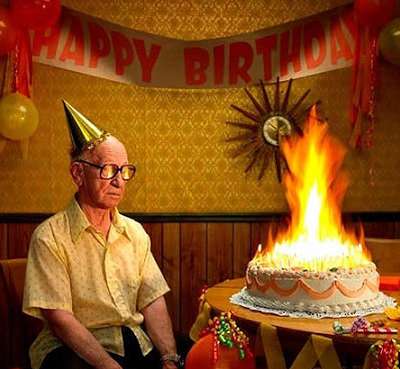 Every corner  turn around ...

Thank you so much!

Joined 20th Mar 2015
Forum Posts: 4619
Winners of the recent challenges have been posted to our site:

And the Past challenges are located here!

It's always my pleasure to help manifest the great concepts you come up with.

Winners of the recent challenges have been posted to our site:

And all the Past challenges are located here!