“Even if it seems certain that you will lose, retaliate. Neither wisdom nor technique has a place in this. A real man does not think of victory or defeat. He plunges recklessly towards an irrational death. By doing this, you will awaken from your dreams.”
― Yamamoto Tsunetomo 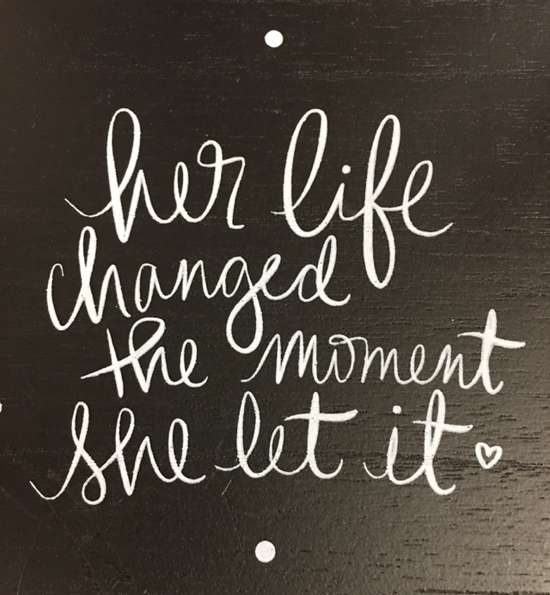 
A cousin also uses this site under the username Heaven_sent_Kathy, so please check out her writing. — Charles Owen Lawson: “All poets, I believe, are scientists in disguise.”
Posted: 31st March 2020 2:52am

Joined 31st Oct 2015
Forum Posts: 1855
“as I drink again
alone tonight
my soul despite all the past
agony
thanks all the gods
who were not
there
for me
then.”

Joined 6th Dec 2015
Forum Posts: 1670
Whenever you feel like criticizing any one...just remember that all the people in this world haven't had the advantages that you've had.

Umm said:Whenever you feel like criticizing any one...just remember that all the people in this world haven't had the advantages that you've had.

Lots of truth to this one

Lots of truth to this one

"If you want to criticize someone worthy of it, please feel free to do so - If you act of criticism is purely to promote your ego whilst keeping someone else down, don't bother - people with eyes to listen and ears to see make your words and motives transparent."

David_Macleod said:“Even if it seems certain that you will lose, retaliate. Neither wisdom nor technique has a place in this. A real man does not think of victory or defeat. He plunges recklessly towards an irrational death. By doing this, you will awaken from your dreams.”
― Yamamoto Tsunetomo 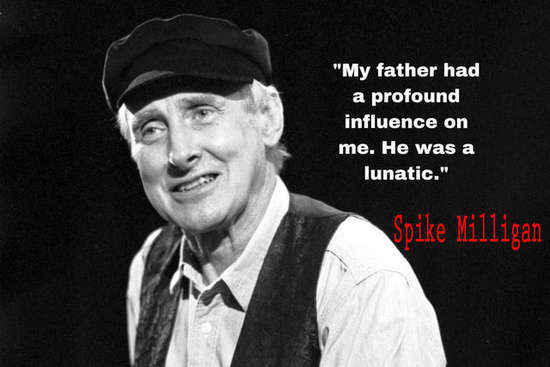 Joined 6th Dec 2015
Forum Posts: 1670
I have been missing Jordan Peterson's videos, ..so I've been reading quotes by him this morning. Here are some of the one's which made me stop and think:

"Every bit of learning is a little death. Every bit of new information challenges a previous conception, forcing it to dissolve into chaos before it can be reborn as something better. Sometimes such deaths virtually destroy us."

"Intolerance of others’ views (no matter how ignorant or incoherent they may be) is not simply wrong; in a world where there is no right or wrong, it is worse: it is a sign you are embarrassingly unsophisticated or, possibly, dangerous."

"People organize their brains with conversation. If they don't have anyone to tell their story to, they lose their minds. Like hoarders, they cannot unclutter themselves."

"You are by no means only what you already know. You are also all that which you could know, if you only would. Thus, you should never sacrifice what you could be for what you are. You should never give up the better that resides within for the security you already have—and certainly not when you have already caught a glimpse, an undeniable glimpse, of something beyond."

Joined 6th Dec 2015
Forum Posts: 1670
"There's a class of things to be afraid of: it's "those things that you should be afraid of". Those are the things that go bump in the night, right? You're always exposed to them when you go to horror movies, especially if they're not the gore type of horror movie. They're always hinting at something that's going on outside of your perceptual sphere, and they frighten you because you don't know what's out there. For that the Blair Witch Project was a really good example, because nothing ever happens in that movie but it's frightenting and not gory. It plays on the fact tht you do have a category of Those Things Of Which You Should Be Afraid. So it's a category, frightening things. And only things capable of abstraction can come up with something like the caregory of frightenting things.

But then you could say, at a philosophical level: "You will encounter elements of the category of all those things which can frighten and undermine you during your life. Is there something that you can do *as a category* that would help you deal with that." And the answer is yeah, there is in fact. And that's what a lot of religious stories and symbolic stories are trying to propose to you, is the solution to that. One is, approach it voluntarily. Carefully, but voluntarily. Don't freeze and run away. Explore, instead. You expose yourself to risk but you gain knowledge.

And you wouldn't have a cortex which, you know, is ridiculously disproportionate, if as a species we hadn't decided that exploration trumps escape or freezing. We explore. That can make you the master of a situation, so you can be the master of something like fire without being terrified of it.

"I'm a misanthropic humanist...Do I like people? They're great, in theory."
Bill Hicks

Joined 31st Oct 2015
Forum Posts: 1855
"loneliness is the natural and
permanent state of man. Any break from
that is an illusion." 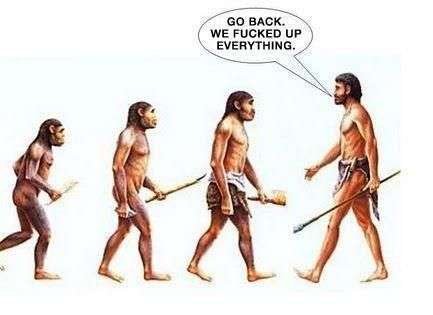 "It is even harder for the average ape to believe that he has descended from man." H.L. Mencken