What are some of your favourite short stories?

There is a collection called 'The Existential Imagination' (ed. F R Karl) and can be found cheapish on second hand book sites. Bit heavy (hardly page-to-page humour) but if you into that kind of thing, highly recommended. 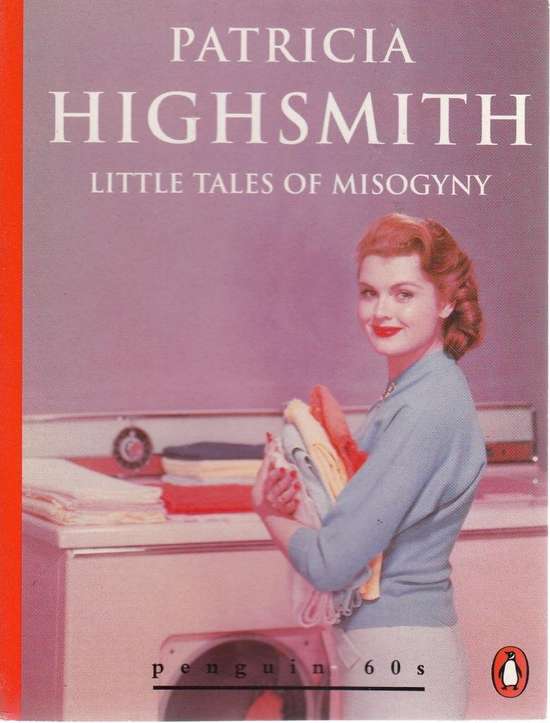 If you're looking for very quick reads, I recommend Patricia Highsmith's Little Tales of Misogyny. I used to have the pictured edition, which was pocket-sized, a bit like The Little Book of Calm. Highsmith was a crime writer known for her dark and cynical, psychological crime stories.

Little Tales of Misogyny is a collection of very short pieces (some just a page, depending on the edition) satirising sexist stereotypes of the era. Stories have titles like "The Breeder", "The Victim", "The Fully Licensed Whore, or, the Wife", and "The Mobile-Bed Object". The stories show Highsmith's humour at its very blackest and cruellest. The tone will probably be too grim for some, and it's far from being a feminist work.

Here, Graham Greene sells it better than me:

"With an eerie simplicity of style, Highsmith turns our next-door neighbors into sadistic psychopaths, lying in wait among white picket fences and manicured lawns. In the darkly satiric, often mordantly hilarious sketches that make up Little Tales of Misogyny, Highsmith upsets our conventional notions of female character, revealing the devastating power of these once familiar creatures — "The Dancer," "The Female Novelist," "The Prude" — who destroy both themselves and the men around them."

Joined 31st Mar 2020
Forum Posts: 441
Are you aware of the "internet archive" ? Should be unearthed if googled. A free library allowing access to billions of pages. Highsmith's succinct & savage Little Tales can be found there.

Should have referenced all these links earlier I guess. Anything but bloody Wikipedia! Just become so disengaged with DU (well, only a handful of folk to be numerically precise). These are the kind of threads which should be encouraged on a poetry site.

Oh wow, I didn't know that the whole collection had been archived! I know some of the more famous stories - like my personal favourite, "Oona, the Jolly Cave Woman": http://losarciniegas.blogspot.com/2011/12/patricia-highsmith-oona-jolly-cave.html - have been shared on blogs, but not the whole book. Thanks so much, Rob!

Joined 10th Mar 2022
Forum Posts: 3
I know a lot of good stories, but I think that my favorite is The Importance of Being Earnest by Oscar Wilde; I love his writing style and have read some of his stories but had never heard about the Importance of Being Earnest. Some time ago, I was talking to my professor, and she mentioned that story and recommended me one resource where I had a chance to https://studymoose.com/literature/the-importance-of-being-earnest-book about it, and those brief analysis interested me, so I decided to read it. To be honest, that story amazed me, and I sincerely recommend everyone to read it, because it's not only interesting but there are mentioned important things.