True Love, What Is It

True love, what is it
Emotions given unto another sweetly consumed bit by bit
That burning flame only one person has lit
A scent of one’s essence felt, however, not seen once it drifts

The smile, the eyes
Lost in rapture, union to be, already written in the skies
Ordained by kismet karma designs
The true essence of one’s soul to feel, enthrall, and be felt
The rhythm of bodies as souls blend and then softly melt

No, is it the arms, the hands
Upholding the heart when love is in demand
When life deals unkind and bitter reprimands
Is it the sensitive minds while on a pilgrimage to taste the Holy land

Is it the feet
The steps destiny has brought us pass the meet and greet
Hum, could it be the hue of a skin tone
Blinders on when awaited passion roams
In sync as minds, bodies, hearts echoes the same beautiful love song

It is the essence of a spiritual combination
Soul to soul under one God, under one nation
Tears blending when words refuses to say
Bowing your heads together asking for the ordained union as you both pray

Either you have it, or you don’t
Beautiful minds think alike, some can’t, some won’t
Never realizing what true love is, so scavengers’ souls dance in the dark
You can’t cease cupid’s arrowing path, it's a zealous work of art
For some and for others, no end, no start
True love, what is it
Written by SweetKittyCat5
Go To Page 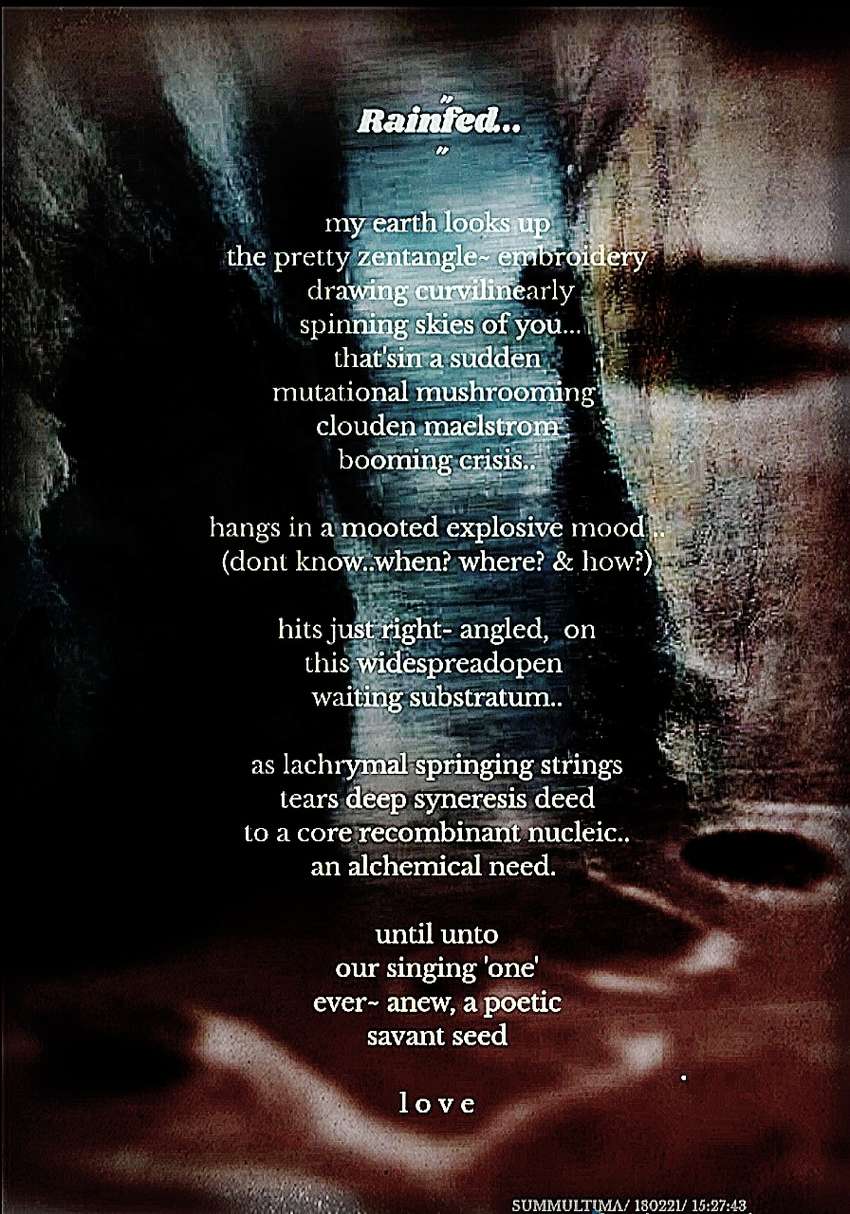 As always, Uma, Soul in our remembrance. Gratitude and appreciation to Lepp.

Awwe juz now saw this Grace, much ♥️❤️🙏🙏💖✍️ light love peace to you & all here xx

all refuges
are
but pit stops

home
is the journey
not where
it ends

move
or you will be


remember
to keep that
loin cloth

.iv
landscapes
are neither your foes
nor were waiting
for you
.

keep at it
just keep
at it

Oh dearest love...
wait.
no no fuck no
no mas, not another love poem
or lack thereof
love, really

my own strength in forgiveness.


All writing remains the property of the author. Don't use it for any purpose without their permission.
Posted: 19th February 2021 9:09am

I know and they know

Dawn. I drink tepid tea
from a flask owned for years
dented with every whim
shovelled in a back pack.

First stop is covered
in pigeon shit, so I walk further
expecting something more
from nature

because it’s beautiful isn’t it

and I know you want details.

but I’m sick of death
shredding my chest

I walk on. Third stop
along a dirt path—
distant sirens wailing
in a left behind choke

I hold in grey breath

Congrats on the 100 there, AP . fair play to you and thank you much


you're so damn hot my eyes feel like they've been pepper sprayed every time I look at you
Posted: 19th February 2021 6:47pm 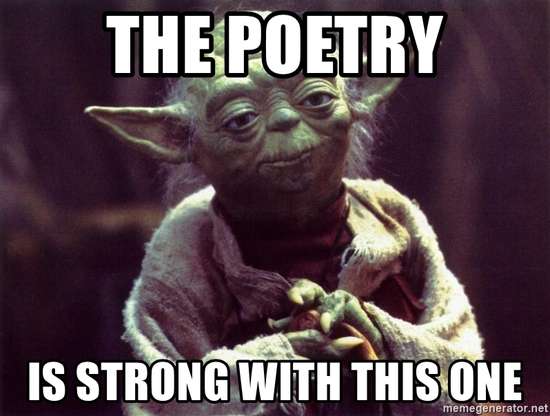 lepperochan said:Congrats on the 100 there, AP . fair play to you and thank you much

Eee, not so many for you.

(It’s quite scary when you say the figures out loud like that... 😂)

Did you take my mind pass the stars
Grounded my feet when floating too far
Kissed the sun, made passionate love to me on the moon
Coveted the essence of my soul with heat hotter than the month of June
Only to leave a trail of despair, now gone too soon

Peering closer, you touched my soul as in a mirrored reflection
Hesitant souls for a rebirth connection

Streams of desires floating, somewhere has sailed adrift
Fate and Destiny requiring an uplift
What happens when there’s now shattered glass
Deficiency of reflections to embrace the past
Absence of melodies to allow mirrored dreams to fade or outlast
Broken images for the mind to ever rehash